Natural Gas Demand to Slip in 2022 Amidst Russia-Ukraine Conflict: IEA

19 Apr 2022  by asian-power.com
The downward forecast is equivalent to 50 billion cubic meters of LNG. 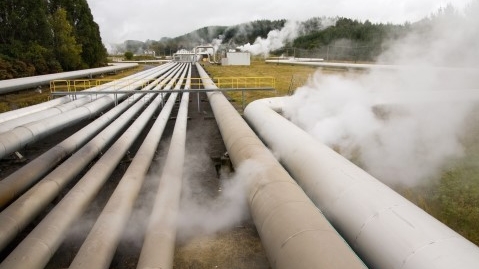 Demand for natural gas is expected to decline slightly as the war inUkraine disrupts the market and leads to higher prices.

The International Energy Agency (IEA) noted the small contraction in global demand stands against its January growth forecast of 1%. The initial projection was made after consumption of natural gas grew by 4.5% in 2021.

“The downward revision to the forecast amounts to 50 billion cubic meters, the equivalent of about half of last year’s US liquefied natural gas exports,” the IEA noted.

The IEA added that the continuing conflict has led to more pressure and uncertainty in the “already tight” natural gas market.

It has also resulted in the surge of spot gas prices to record high as Europe moves to diversify its natural gas supply, leading to an intensified demand for liquefied natural gas (LNG) cargoes.

The prices were also boosted by Russia’s moves to cut back short-term gas sales to Europe, leaving its storage levels 17% below their five-year average.

“Russia’s unprovoked attack on Ukraine is above all a humanitarian disaster, but it has also triggered a major energy supply and security crisis,” Keisuke Sadamori, the IEA Director for Energy Markets and Security, said.

“Whilst stiffer competition for LNG supplies is inevitable as Europe reduces its reliance on Russian gas, the best and most lasting solution to today’s energy challenges would be to accelerate energy efficiency improvements across our economies and accelerate the transition away from fossil fuels towards low-carbon sources of energy, including domestically produced low-carbon gases.”