19 Apr 2022  by offshore-energy.biz
Partners in several North Sea fields have reaffirmed their commitments to export the oil produced from their fields to the Repsol Sinopec Resources-operated Flotta Terminal in Scotland. Meanwhile, an area of the terminal is considered for the creation of a green hydrogen hub powered by offshore wind.

Repsol Sinopec Resources UK revealed late last week that the Golden Eagle, Piper and Claymore field owners had executed new agreements reaffirming their commitment to export produced oil to the Flotta Terminal until the end of field life in the 2030s. All three fields are located in the UK sector of the North Sea with the first one being operated by CNOOC International and the other two by Repsol Sinopec.

The Flotta Terminal is located on the island of Flotta in the Orkney Islands just north of mainland Scotland. Crude oil is imported to the oil terminal from several offshore installations through a 30” subsea pipeline.

As explained by Repsol Sinopec, this commitment to support the longevity of the terminal underpins a variety of growth opportunities in the wider area, including renewed drilling and several third party tie-backs. All field owners have recently completed successful drilling programmes to increase production volumes and are actively engaged with a number of third parties that are considering the use of offshore facilities.

In addition, Repsol Sinopec, along with its partners, is exploring the opportunity to develop an industrial scale hydrogen hub on the island of Flotta. It would utilise a repurposed area of the existing terminal to create a green hydrogen hub powered by offshore wind projects in the seas to the west of Orkney; coexisting with oil and gas operations for a number of years.

As previously reported, Offshore Wind Power Limited (OWPL), a consortium established by Macquarie’s Green Investment Group (GIG), TotalEnergies, and Renewable Infrastructure Development Group (RIDG), last year proposed an offshore wind project in Scotland – the West of Orkney Windfarm – which could lead to delivering renewable power to a green hydrogen production facility at the Flotta Terminal in Orkney. The consortium is working together with Repsol Sinopec and Uniper.

In January 2022, OWPL secured rights in the Crown Estate Scotland’s ScotWind leasing round to develop the Orkney wind farm. As reported by Offshore Energy’s sister site offshoreWIND.biz last week, the developers of the wind farm signed a seabed agreement for the project with Crown Estate Scotland, providing the security necessary to focus on development activities.

The 2 GW wind farm, located 30 kilometres off the west coast of Orkney, is expected to start operation by 2029 and could deliver renewable power to the Flotta Hydrogen Hub. 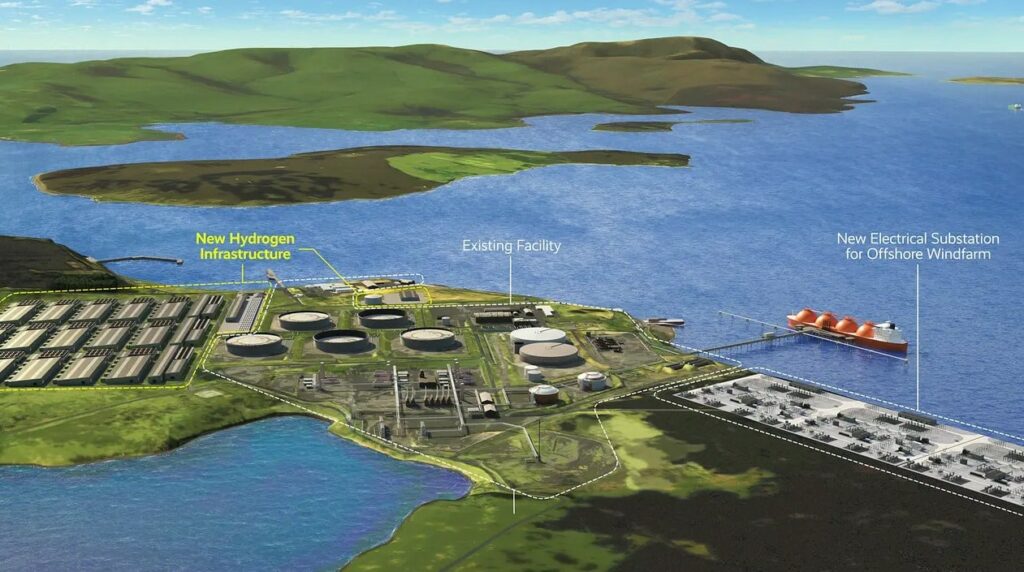 José Luis Muñoz, Repsol Sinopec’s CEO said: “The Flotta Terminal has been in operation since 1976 and has made a significant contribution to Orkney’s economy and communities for more than 40 years. The renewed commitment from the Golden Eagle, Piper and Claymore field owners highlights confidence in the Flotta Terminal and wider Flotta Catchment Area.

He added: “It is our objective to continue to produce and develop existing and new field reserves in line with the North Sea Transition Authority’s MER strategy and with Net Zero ambitions front and centre of our minds.”