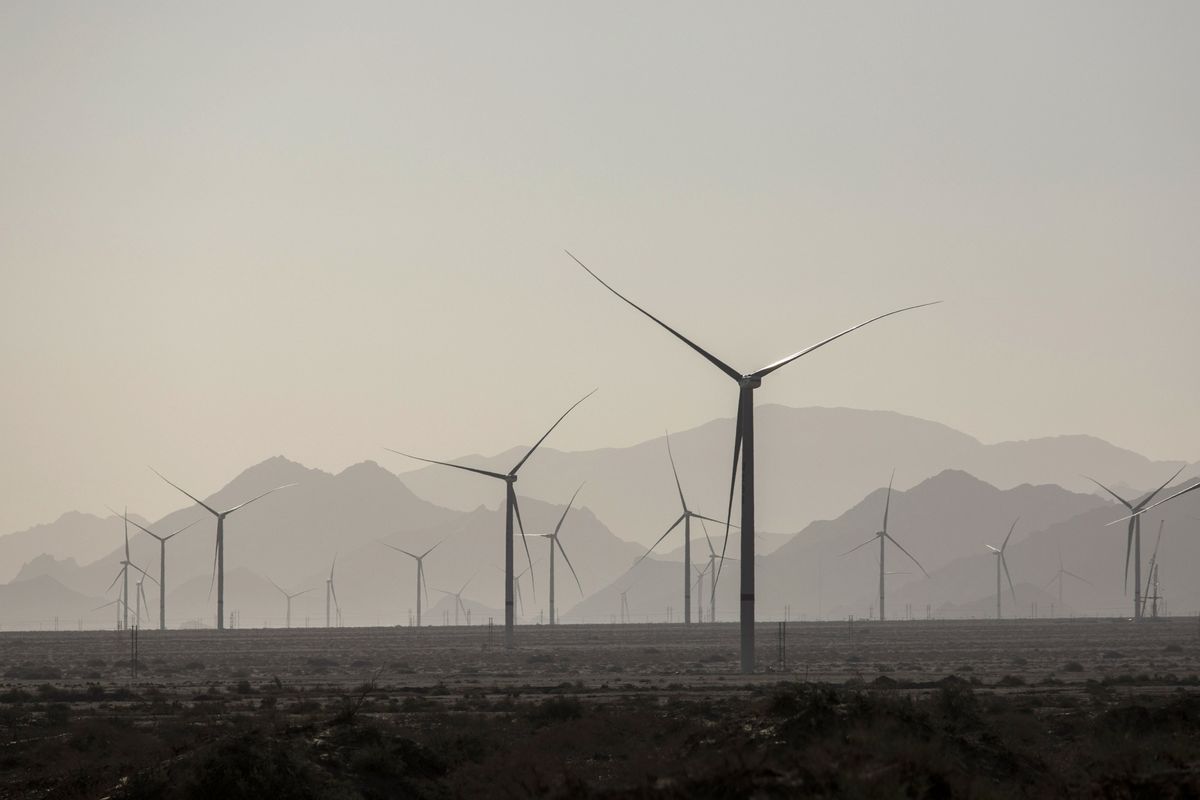 Turbines at a wind farm near Golmud, Qinghai province, China, on Saturday, Sept. 11, 2021. China is opening up its market for trading green energy, making it easier for multinationals from BMW AG to Airbus SE to buy wind and solar power and reach aggressive emissions goals. , Bloomberg

China has identified enough wind energy potential in Tibet to power the U.K., Germany and France combined, and plans to further develop the region to help meet its ambitious climate targets.

Tibet has enough sites with strong, steady wind to install 600 gigawatts of turbines, with another 420 gigawatts possible in parts of the plateau in neighboring regions including Qinghai, Gansu, Sichuan, Yunnan and Xinjiang, China’s National Climate Center said in a report last month. The National Energy Administration followed up shortly after with a guidance to accelerate construction of clean energy bases in Tibet.

Just because the potential is there doesn’t necessarily mean the power generation will follow. Poor roads will make transporting equipment difficult, thin air might make turbines less efficient, and it will be costly to build power lines needed to distribute electricity to more populous areas. Tibet has only 4.8 gigawatts of total installed power capacity, the lowest in the country, with just 30 megawatts of wind turbines, according China Electricity Council data.

Still, the lofty numbers add to a general feeling of optimism in the Chinese wind industry, which has managed to bring down prices to record-low levels even as costs have risen for everything from coal to natural gas to solar panels and even turbines abroad. Qin Haiyan, chief secretary of the Chinese Wind Energy Association, said in a recent interview with China Times that the cost of electricity from wind turbines will be halved again in the next three to five years, and that the country’s wind resource potential “has no ceiling.”