16 Apr 2022  by Reuters
The Biden administration on Friday said it has resumed plans for oil and gas development on federal lands, a move that could break a pledge Joe Biden made while campaigning for president. 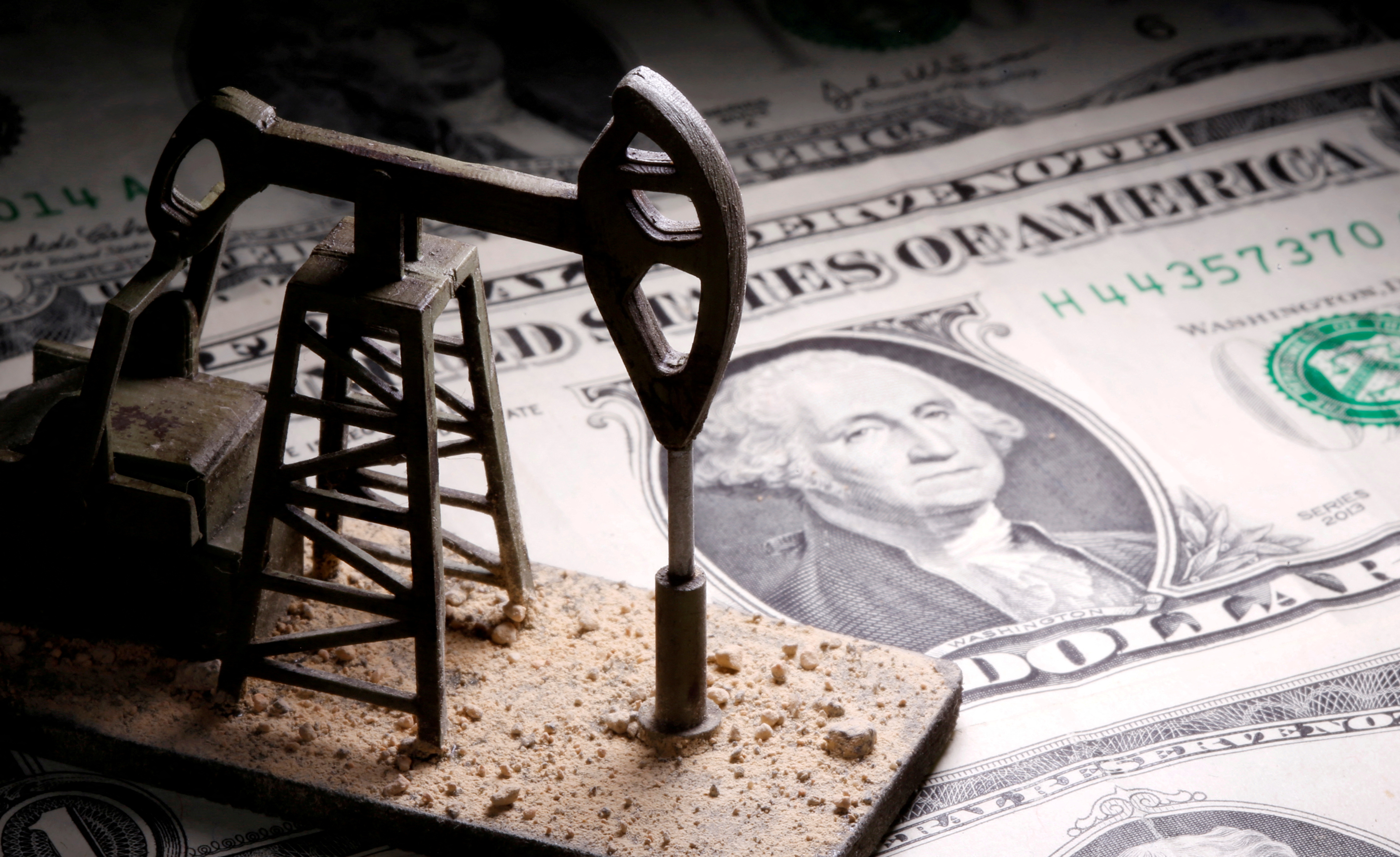 FILE PHOTO: A 3D-printed oil pump jack is placed on dollar banknotes in this illustration picture, April 14, 2020. REUTERS/Dado Ruvic/Illustration
The plan calls for the government to lease fewer acres for drilling than initially proposed, charge steeper royalties to oil and gas companies, and assess the climate impact of developing the acreage.

The proposal was quickly denounced by several environmental groups, with one calling it “a reckless failure of climate leadership.” Oil industry groups praised the move but said it did not go far enough.

The announcement by the Interior Department, made late Friday before a holiday weekend, is the latest move to reform the federal oil and gas leasing program since Biden took office in January 2021. The administration has faced ongoing pressure to address high energy prices driven by the economic rebound from the pandemic and Russia’s invasion of Ukraine.

The Democrat had pledged several times during his presidential campaign to halt federal drilling auctions, but that effort has been stymied by a court challenge from Republican-led states.

During a campaign event in Hudson, New Hampshire, in February 2020, Biden told the audience: “And by the way — no more drilling on federal lands, period. Period, period, period.”

The Biden administration has taken several steps to tame surging gasoline prices and inflation, made worse by crude oil prices spiking due to the war in Ukraine and subsequent sanctions on Russia by the United States and its allies.

Inflation is seen as a significant liability for Democrats heading into the November mid-term elections.

Friday’s announcement would make roughly 144,000 acres available for oil and gas drilling through a series of lease sales, an 80% reduction from the footprint of land that had been under evaluation for leasing, the Interior Department said in a statement.

It would also require companies to pay royalties of 18.75% of the value of extracted oil and gas products, up from 12.5%.

“How we manage our public lands and waters says everything about what we value as a nation,” said Interior Secretary Deb Haaland, who added that the move would “begin to reset how and what we consider to be the highest and best use of Americans’ resources for the benefit of all current and future generations.”

The agency will issue final environmental assessments and sale notices for upcoming oil and gas lease sales as early as next week, including ensuring tribal consultation and broad community input, the Interior Department added.

The Center for Biological Diversity, an environmental group, slammed the Biden administration’s decision.

“The Biden administration’s claim that it must hold these lease sales is pure fiction and a reckless failure of climate leadership,” said Randi Spivak, public lands director for the group. “It’s as if they’re ignoring the horror of firestorms, floods and megadroughts, and accepting climate catastrophes as business as usual.”

The move was praised by the energy industry as a step in the right direction.