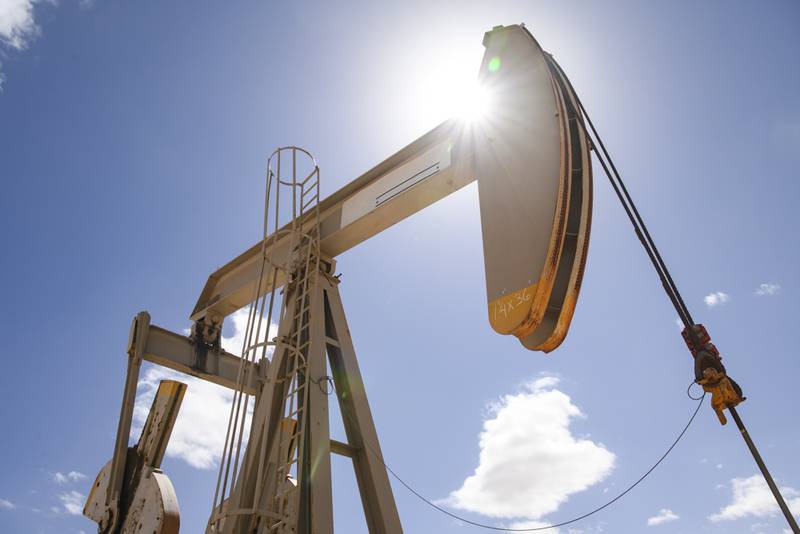 The International Energy Agency has said its members have agreed to release more oil from emergency reserves to offset the market turmoil caused by Russia’s war in Ukraine.

Details of the new emergency stock release will be announced early next week. The agreement follows the last month’s action taken by IEA members where they pledged to release 62.7 million barrels of oil from emergency reserves, the Paris-based agency said in a statement on Friday.

The IEA members reached the agreement at an extraordinary meeting of its governing board. The ministerial level meeting was chaired by US Secretary of Energy Jennifer Granholm.

“The prospect of large-scale disruptions to Russian oil production is threatening to create a global oil supply shock.”

The IEA ministers condemned Russia's “egregious actions” in Ukraine and voiced support for sanctions imposed by the international community in response.

Oil prices, which rose 68 per cent last year amid faster-than-expected economic rebound have been extremely volatile this year, rocked by the Russia-Ukraine conflict. Brent is up about 50 per cent since the start of this year after falling from a 14-year high earlier this month when the benchmark nearly touched $140 per barrel.

Brent, which is the global benchmark for two thirds of the world's oil, paired some early losses and was trading 0.1 per cent lower at $104.6 per barrel at 9.10pm UAE time on Friday. West Texas Intermediate, the gauge that tracks US crude, was 0.79 per cent weaker, trading at $99.49 a barrel.

The IEA said the “heightened price volatility” is taking place “against a backdrop of commercial inventories that are at their lowest level since 2014 and a limited ability of oil producers to provide additional supply in the short term” .

Its move follows the announcement by the US on Thursday to release the largest-ever volume from the country's Strategic Petroleum Reserve — 180 million barrels over the next six months.

President Joe Biden is facing the lowest approval rating of his presidency — 40 per cent — according to the latest Reuters/Ipsos poll, amid stalled nuclear negotiations with Iran and soaring inflation that has hit a 40-year high.

The move by the US is the third time the country has tapped into its strategic reserves in the past six months, following 50 million barrels released in November 2021 and 30 million barrels in March 2022 as part of the pledge by IEA members to unload 60 million barrels from emergency stocks to stabilise energy markets.

In addition to releasing its own stockpiles, Mr Biden is seeking support from other IEA members, which could add another 30 to 50 million barrels to the market.

The IEA's move comes a day after Opec+, the 23-member super group of producers led by Saudi Arabia and Russia, stayed the course of incremental increases in global oil supply. The group on Thursday said it will bring another 432,000 barrels per day of crude to the market in May.

“Continuing oil market fundamentals and the consensus on the outlook pointed to a well-balanced market, and that current volatility is not caused by fundamentals, but by ongoing geopolitical developments,” according to a group statement.

The producers’ alliance has resisted calls from the US, its European allies and other oil importing nations to increase output amid soaring crude prices and has stuck to its agreed output increases so far.

Opec+ on Wednesday removed the IEA from its trusted data sources and decided to replace the IEA data with reports from Wood Mackenzie and Rystad Energy, according to reports.

The IEA advises Western governments on energy policy and has the US as its top financier. The agency's executive director Fatih Birol has been openly critical of Opec+ members calling on leading producers to do more. Mr Birol is an economist who previously spent five years at Opec in the early 1990s.

IEA on Friday said its members hold emergency stockpiles of 1.5 billion barrels. Its latest co-ordinated drawdown agreement will be the fifth since the agency was created in 1974. Previous collective actions were taken in 1991, 2005, 2011 and last month, it said.

It said Russia is playing “an outsize role on global energy markets” due to the sheer size of its oil production and exports.

Russia is the world’s third-largest oil producer and the largest exporter, with about 5 million barrels a day of its crude representing roughly 12 per cent of global. Around 60 per cent of Russia’s oil exports go to Europe and another 20 per cent to China, the IEA said.

The Minister stressed that on the importance to “accelerate global dialogue with gas producing countries including IEA member countries, to ensure secure, affordable and reliable gas supplies, including LNG, and to continue to pursue a well-managed acceleration of clean energy transitions.”

Russia currently accounts for 30 per cent of European gas imports and the IEA governing board said governments and consumers should “intensify conservation efforts and energy savings” .

Last month, the IEA secretariat released a 10-point agenda to reduce the EU's dependence on Russian natural gas by next winter. The agency is working closely with the European Commission on next steps, it said at the time.