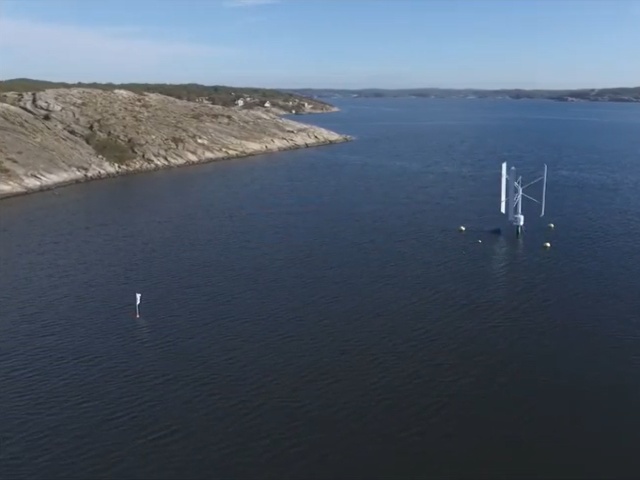 SeaTwirl, together with Norwegian marine test centre Marin Energi Testsenter AS (MET), applied for a concession period of five years and includes the installation of a 1-MW S2x unit, a vertical-axis turbine with mooring system as well as transmission cables. 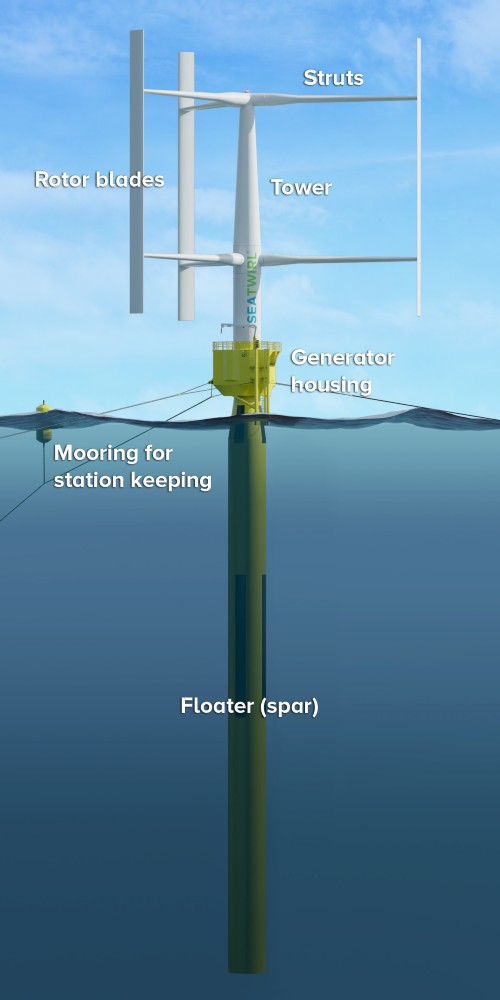 Image credit: SeaTwirl
Peter Laurits, CEO of SeaTwirl, had the following comments: “We are pleased to have received approval from NVE (the Norwegian Water Resources and Energy Directorate), as we have been waiting for the concession in Norway to be able to proceed with the work on the S2x project. While awaiting the approved concession, we have made good use of the time. Our team has focused its efforts to improve the design of the turbine to make it as efficient and optimal as possible, and to review and minimise potential risks.”

The installation site of the S2x was previously a fish farm and will be located about 700 metres off the coast, at a depth of 130 metres. The S2x will be connected to an existing onshore transformer substation, and the power produced will be purchased by Norwegian power company Haugaland Kraft.

According to SeaTwirl, their turbines consist of a floating element and a keel. As the turbines rotate, the structure maintains stability by using the keel and the counter turning movement.

The wind turbine, the tower and the sub-sea part rotate as one unit. The tower below the wind turbine is static or non-rotating, with the generator housing and wind turbine anchored to the seabed by several catenary mooring lines.

S2x has a height of 55 metres above sea level, a depth of 80 metres under the surface and a turbine with a diameter of 50 metres.