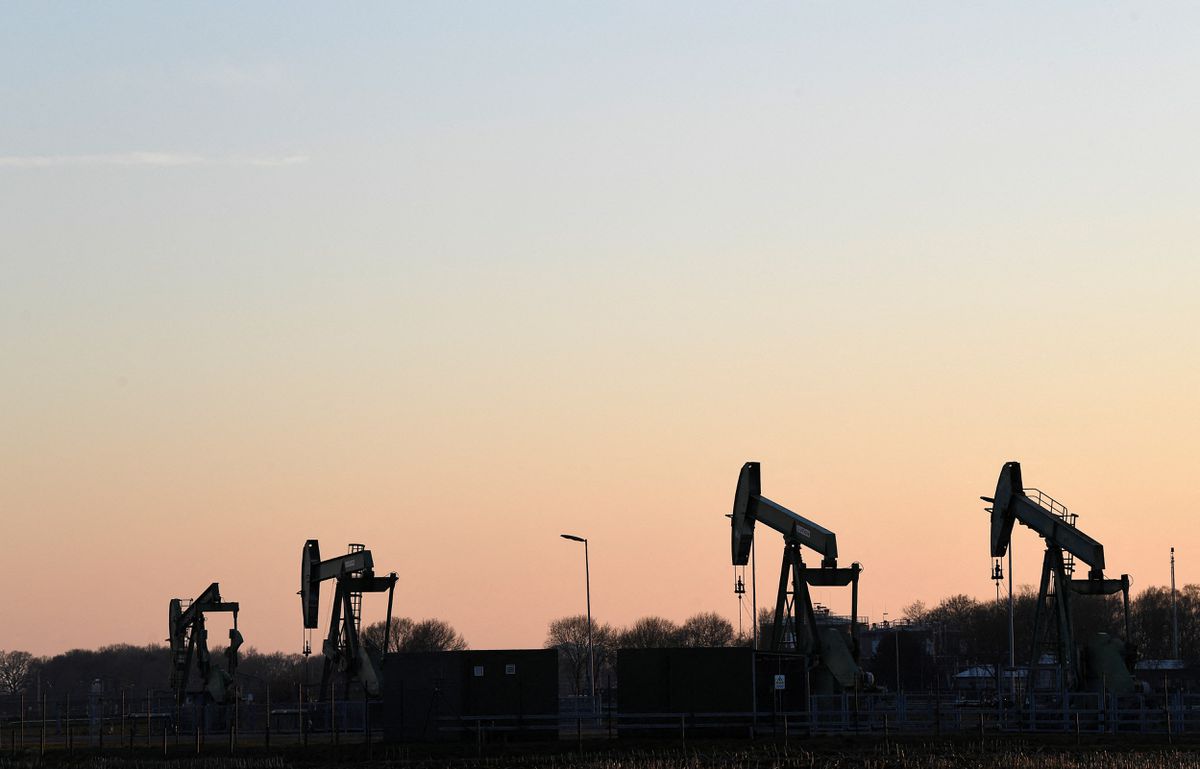 Pump jacks of Wintershall DEA are pictured in Emlichheim near the northern German city of Meppen, Germany, March 9, 2022. REUTERS/Fabian Bimmer
U.S. and German government officials will meet in Berlin this week with energy industry executives to discuss ways to boost Germany's energy supplies, as Russia's war in Ukraine ratchets up pressure on Europe to find alternate sources of energy.

The roundtable, to be led by the U.S. Commerce Department, will include executives from liquefied natural gas suppliers and hydrogen energy firms, a U.S. official familiar with the plans said.

Germany, which receives just over 50% of its energy supplies from Russia, had already been moving to decrease its reliance on fossil fuels, but the war, which Russia calls a "special military operation," has forced Berlin to accelerate those plans.

The volume is equal to the volume of LNG supplies that Russia sends to Europe each year. U.S. officials have given few details on the efforts, including how much of the additional volume would come from U.S. production or through diverting cargos headed to Asia or other non-European countries.

The United States and European Union also announced they would create a task force to help meet the targets.

Industry executives and officials from both governments are hoping to map out a series of options at the roundtable on Thursday, but it was unclear if any significant contracts would be signed, the U.S. official said.

"Industry moves at a different speed than government, so we'll see," the official said. "At least we'll start the talks."

The White House said it would seek to boost LNG exports out of the United States, while also shifting to more climate- friendly products like hydrogen, wind and solar.

One U.S.-based LNG industry source said White House officials had told them that details about the plan's implementation were still being worked out.