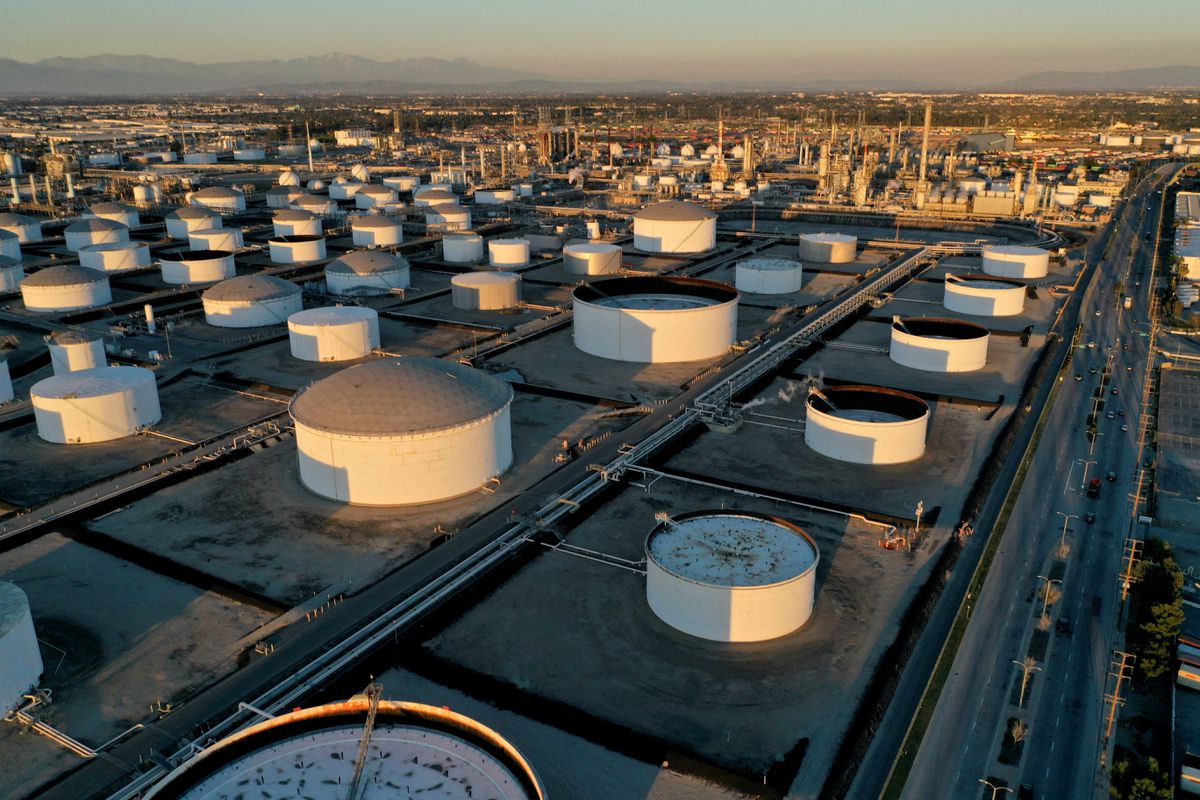 The invasion threw the oil market into disarray, as companies stopped buying Russian oil and prices skyrocketed. Worldwide buyers are looking to source crude wherever they can, and exports have risen in recent weeks from the United States, the world's largest crude producer.

Cushing, Oklahoma, known colloquially as the crossroads of the oil industry, is where holders of U.S. West Texas Intermediate futures contracts take delivery. Its vast storage capacity means it is still considered a guidepost for U.S. inventories even as barrels have shifted to the Gulf after Washington lifted the U.S. ban on exports in 2015.

Usually when Cushing stockpiles fall that low, the price for crude oil delivered at Midland, Texas, trades at a discount to Cushing in order to attract barrels into the storage hub, said Ryan Saxton, head of oil data at research firm Wood Mackenzie.

However, that hasn't happened. Midland crude is trading at a 70-cent premium to Cushing barrels.

"It shows how much pull there is for Midland barrels," said one U.S.-based trader. "The pull is to the U.S. Gulf Coast, so no need to go to Cushing."

U.S. crude is attractive to world buyers because it is trading at a steep discount of nearly $7 under the global benchmark Brent . That spread hit $9.20 earlier this month, the steepest discount in nearly two years.

Worldwide demand has risen to nearly pre-pandemic levels, but supply has been hindered, as the Organization of the Petroleum Exporting Countries (OPEC) has been slow to restore supply cuts enacted during the pandemic in 2020. Also, Russian supply could fall by 2 to 3 million barrels a day.

Low storage levels are also an issue in Canada, the world's fourth-largest producer of crude. Storage levels at monitored locations in Western Canada remained within 3 million barrels of record-low utilization set in 2017 at 30.3%, said Dylan White, senior research analyst for oil markets at Wood Mackenzie. That number is a marker for the operational floor for storage facilities, he said.

Upcoming oil refinery maintenance, which typically occurs in the spring, could boost storage in both Canada and the United States, though balances shouldremain tight, Bank of America analysts said.

Price of crude vs Cushing hub gains on export demand 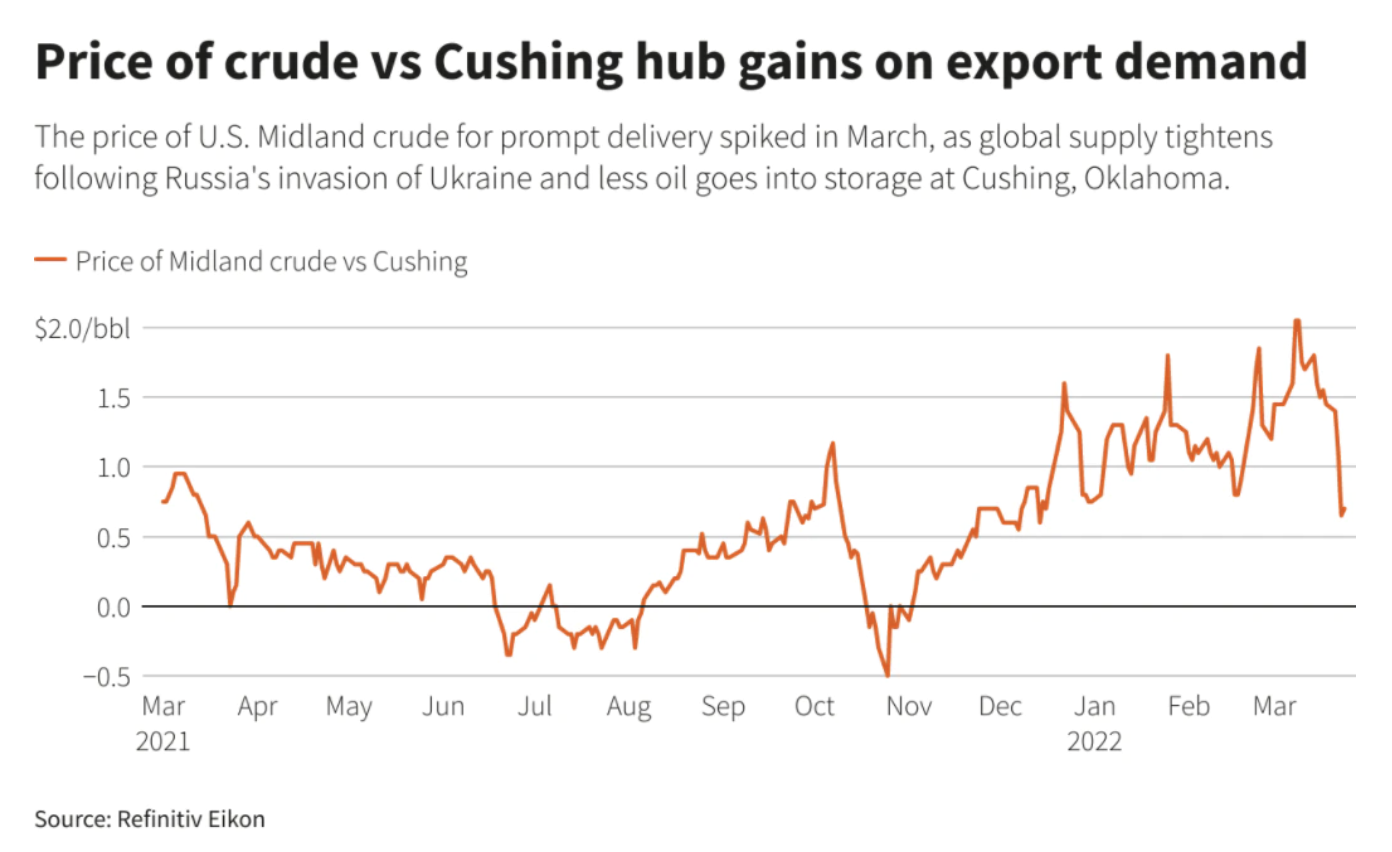 The price of U.S. Midland crude for prompt delivery spiked in March, as global supply tightens following Russia's invasion of Ukraine and less oil goes into storage at Cushing, Oklahoma.