How the UAE Is Helping to Power 2 Million Dutch Homes 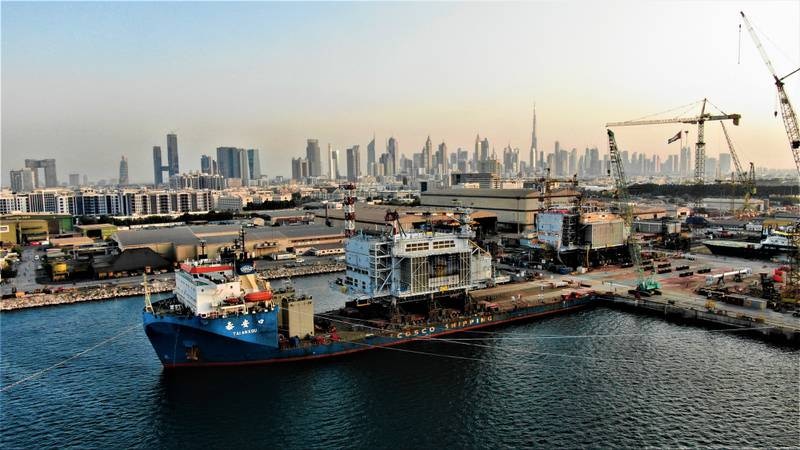 The Hollandse Kust Zuid Beta electrical platform, assembled in the UAE, ready for sail-out from Drydocks World. Photo: Petrofac
The new era of offshore wind power demands engineering as formidable as that achieved in the era of oil and gas. The UAE is playing its role: the nearly 4000-tonne Hollandse Kust Zuid Beta electrical platform was built in Drydocks World Dubai and sailed out on February 18 to its ultimate location off the coast of the Netherlands.

The HKZ installation is the world’s first offshore wind farm that did not require subsidies to be economically viable. Covering nearly 236 square kilometres, in waters between 17 and 28 metres deep, it will generate 1.5 gigawatts, enough for more than two million Dutch households when it reaches full operations next year.

The HKZ Beta platform will be anchored in the stormy North Sea waters near Rotterdam, gathering electricity from the offshore turbines, then using transformers to increase voltage to match the onshore grid. It will not require crew on board in normal operation.

Offshore wind power has dramatically expanded and gained interest in the past couple of years because of its improving technology, scale and cost-competitiveness, energy security concerns over gas supply, and drives by European and other nations for net-zero carbon emissions.

Following the Russia’s military offensive in Ukraine, the Netherlands announced it would double its previously planned offshore wind capacity by 2030, to about 20.7 gigawatts, 3 gigawatts of which is operational or under construction today. The UK, Ireland, Germany, Denmark, Norway, France and others also have ambitious goals.

After constructing the Alpha platform, Sharjah-based engineering company Petrofac built HKZ Beta at Drydocks World for TenneT, which among other activities runs the offshore electricity grids for the Dutch and German wind-farms. The jacket (supporting structure) for the platform was assembled in Ras Al Khaimah. The whole project therefore features a significant “made in the UAE” component.

“One of the criteria we set was the experience of Petrofac and Dubai Drydocks,” says Marco Kuijpers, Director Large Project Offshore at TenneT.

“Although not part of the original plan, the way the UAE managed the pandemic, when businesses, travel and transport of equipment continued, helped us,” Elie Lahoud, Petrofac’s chief operating officer of engineering and construction, said.

“The only way Europe can deliver its intended energy transition is by going global, with more recognition that other countries must play a part,” Mr Lahoud said.

The project was challenging “in a multidisciplinary setting, on quite a tight timescale” Mr Kuijpers, said. “And then on top of that, the pandemic.”

Development of Emirati staff, especially women, has been a key objective of Petrofac’s. 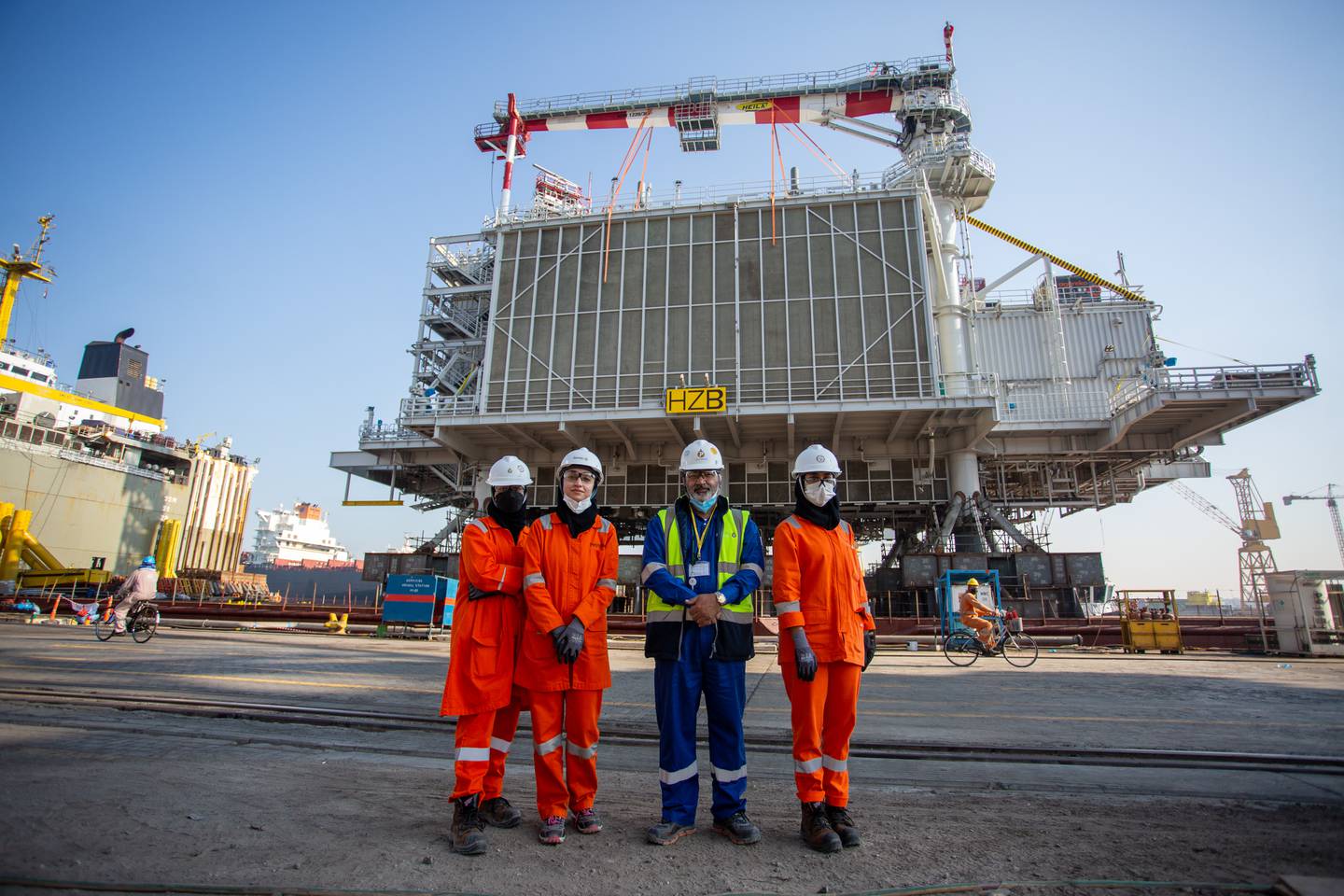 Petrofac grads and country chair on site. Photo: Petrofac
“I got to be an integral part of the electrical construction team. I am proud to be playing my role in ours and our client’s journey to Net Zero,” electrical engineer Hebah Alhadhrami said.

For Marwah Alshaali, process engineer, attending the sail away of both Alpha and Beta platforms was one of her “proudest moments” and “an exciting time to be in this industry".

The project also aligns with the nation’s climate-related ambitions.

“Many UAE companies have helped us to succeed globally. The decarbonisation objective starts with the supply chain,” Mr Lahoud said. “We help our partners understand what they need to do to reduce carbon footprint.”

Captain Rado Antolovic, chief executive of Drydocks World, owned by DP World, said the company is committed to innovative low-carbon solutions and intends to be completely net-zero by 2040. It is actively transforming from being primarily a shipyard to a front-runner in renewable energy construction.

“We have actually executed four of these electrical conversion projects, and in a short span, technology has advanced remarkably,” Captain Antolovic said.

With its reputation enhanced by this project, Petrofac has delivered another topside installation for Seagreen, a Scottish wind farm, and is receiving other inquiries, including from East Asia and the US, and onshore wind at Duqm in Oman, with potential for hydrogen production. The HKZ platform is therefore a pioneer in turning the UAE’s maritime and petroleum experience into new energy industries.