Will 30 Years Be Enough to Achieve Carbon Neutrality? 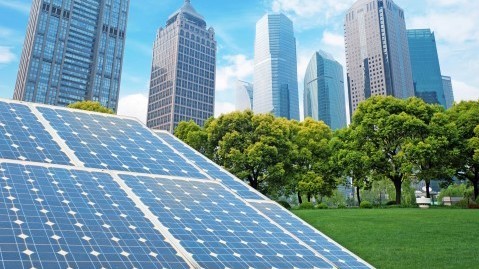 Many countries in Asia, including Japan and South Korea, have pledged to achieve net-zero emissions by 2050. Whilst the time frame may still look far, Black & Veatch said a 2040 or 2050 target may be “too short” to be carbon neutral as this entails rigorous planning, not only taking into account the carbon neutrality of new assets but also what should be done for existing assets.

One aspect that is key to decarbonisation is the integration of renewable energy, but this is also amongst the top hurdles being faced by Asian industry leaders. In Black & Veatch’s Asia Electric Report 2022, renewables integration was the topmost challenging issue in the electric region (35.1%), followed by economic regulation, investment uncertainty, and market uncertainty due to the pandemic (24.6%).

Narsingh Chaudhary: Renewable integration is extremely important and fundamental to the region achieving its decarbonisation goals. In the past with large, centralised power plants, it was easier to connect them to the grid and maximise their utilisation.

Renewables, on the other hand, are distributed, and spread across different locations where wind and solar radiation is optimum. These locations are typically in remote areas where the grid network may not be adequate. If such generation isn’t connected properly to the grid or the grid isn’t strong enough to transmit such power, it could result in stranded assets.

Harry Harji: The other thing to note is whilst there's a lot of investment money that is looking for projects to introduce renewables into the energy mix, the challenge with the renewable aspect is its variability. You get dips of highs and lows depending on the type of day and wind you have. So, it is important to look at supporting the integration of renewables into the grid with some sort of energy storage or ability to ensure minimal impact on the grid and constant supply.

In the survey, renewable integration was cited as the most challenging issue faced by the electric industry. What are the reasons behind this?

Another challenge is the disconnect between those who are building renewables and those who are responsible for grid transmission. Currently, fund access is easier for power generation projects.

On the other hand, the regional grid network is mostly managed by state utilities whose budgets may not align with fast-growing renewable generation. This makes it more difficult to expand the infrastructure. In some countries we are seeing a trend where those involved in renewable generation are also responsible for its integration into the grid.

On the other hand, Indonesia and the Philippines are very distributed countries with many islands and the population living in different locations. The biggest challenge is bringing sufficient volume of large-scale wind and solar to where the large power supply demands are, which is typically the metropolitan areas. That is where the transmission infrastructure comes in.

What countries in Asia are leading in renewable installations?

Chaudhary: In terms of size and capacity of renewable installations, China, India, Australia are leading the pack.

In Southeast Asia, Vietnam has made good progress with solar and wind. Recently, we are seeing the Philippines leading the pack and new opportunities in Thailand and Indonesia. Singapore, with its scarce land resources, is planning to import renewable energy power from other countries. Other big players in the renewable space in the region are Taiwan and Japan.

All in all, renewable installation is just spreading everywhere. Nobody is left behind.

Harji: A lot of activities are driven by governments. Looking at the whole ecosystem, there are large components of the grid distribution infrastructure that are owned, managed and operated by governments.

Governments also set policy rules, regulations and incentives. Each country in Asia is in a different stage of evolution in terms of the governments encouraging private money and supporting investment by setting up policies and incentives to encourage developers to develop renewable energy assets faster and quicker.

In terms of renewable integration, which countries are leading?

Chaudhary: China has managed it very well, considering everything is managed by the state. Australia and India, too, have done a good job with supportive policies from the government. The Philippines has made some progress with the transmission line operators working closely with the generation companies to ensure renewables integration.

Harji: The renewable generation percentage in each country is also a reflection of how quickly and how well renewable energy is being integrated into the grid.

Another reason for not optimising renewable energy assets might be that coal is still cheaper in terms of the tariffs. This, hopefully, will change in the future.

How can governments and private firms speed up renewable integration? What policies should be implemented or be emulated from other countries?

Harji: Incentives are a big element of it. When you look at the cost of generation, coal is still relatively cheaper than the investment, returns, and cost of generation of some of these renewables. For it to be a business that's viable with an expected return on investment that developers and financial institutions are looking for, government policy and incentives are very important.

Speeding up the approval process could also help. This includes the processing of environmental studies, sustainability studies, land acquisition and policy incentives and the legal framework.

There is a lot of money available for bankable projects. Private investors and funds are looking at the risk of the investment, not only from a technology and commercial perspective, but also from a government regulatory perspective. They're looking for government support of renewables and their integration through the policy decisions they're making.

Chaudhary: From an operations perspective, grid infrastructure in most countries is state-owned, whereas generation markets are open to participation from IPPs (Independent Power Producers). That makes government investment in the expansion of the transmission network to support the distributed generation of renewable energy very important.

Similarly, support is required in the energy sector. Apart from the speed of approvals, clarity and simplicity in the guidelines and processes that governments set would be important because many renewable energy players come with smaller investment, as compared to the large power plants, and may not have the bandwidth or capacity to obtain all the approvals.

What incentives that encourage renewable integration can be implemented by governments?

Whilst there is a challenge in integrating renewables, what other alternatives can industry leaders or governments take for their energy transition?

Harji: When we talk about renewables, many will think about traditional renewables, such as wind and solar. But there are emerging technologies that are starting to look more commercially viable. You've hydrogen, ammonia, and small-scale nuclear.

It's not just putting all your eggs in one basket with wind or solar. There are opportunities in alternative emerging technologies that can be used to integrate renewables and enhance grid stability.

For instance, there's a potential of using hydrogen and ammonia as a way of storing excess energy from solar or wind farms that makes it easier to transport and distribute. That may solve some of the distribution issues where liquid needs to be transported from Point A to Point B.

The report also stated that roadmaps are key for decarbonisation. What should an ideal road map contain?

Harji: We're working with the World Bank to develop decarbonisation roadmaps. The Bank is looking to fund projects around transitioning coal facilities into alternative facilities. It is looking at how coal-fired power stations can be repurposed and how quickly they can be switched off.

If you look from a developer's perspective, there's obviously a significant investment that has been made in a lot of these facilities, and those facilities are designed with a ROI (return on investment) of 15 to 50 years.

To accelerate decarbonisation, the decommissioning speed of coal plants will have to be accelerated, and that requires incentives and funding. It requires an alternative approach to what can be done with that facility.

Being carbon neutral would require not only new build assets that are completely carbon neutral but also decarbonisation plans for existing assets, including the supply chain.

What other trends and emerging technologies are you seeing in Asia's energy transition?

Chaudhary: Hydrogen is an area where we are seeing a lot of activities. Just one year back, we thought that it would take several years for hydrogen to become a reality in Asia Pacific. However, it's picking up very well in the region. Australia is leading the pack and we are seeing strong initiatives in India and Vietnam.

Harji: New technology is helping to improve the efficiency and cost of energy storage.

Hydrogen is at the point where people are starting to look at it fairly seriously. We've several projects in the region where we're working with clients on the early stage of what a commercially viable model, and supply and demand chain would look like. I think the technology will get to the point where it'll become economically viable a lot quicker than we had anticipated.