Bangladesh to Get more LNG Supply in Summer

18 Mar 2022  by thefinancialexpress.com.bd
The world's leading LNG (liquefied natural gas) producer Qatargas has agreed to re-schedule its LNG cargo-delivery plan for Bangladesh to boost the fuel supplies during summer by slashing winter deliveries. 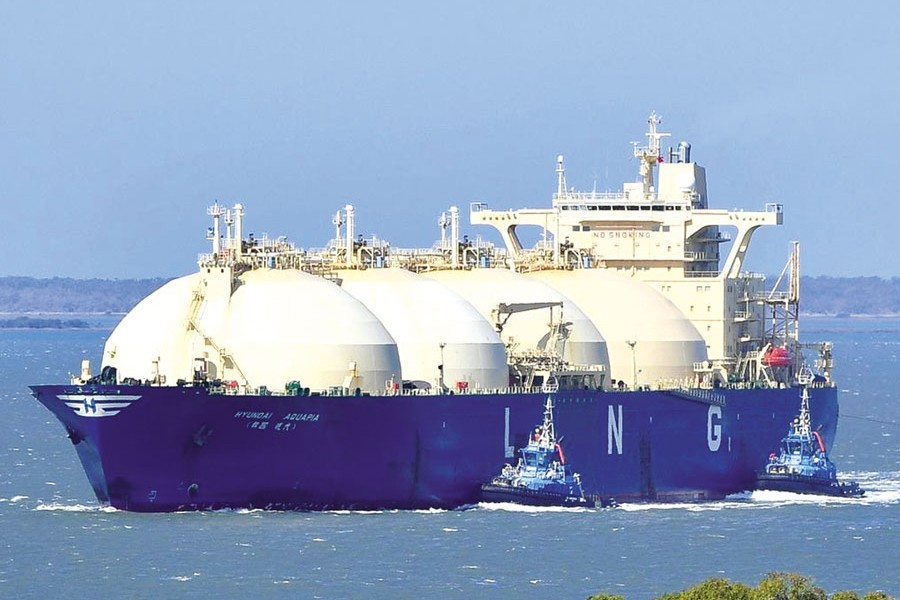 Bangladesh sought to ramp up LNG deliveries from the long-term Qatari supplier during summer season, as the country was struggling to arrange LNG from spot market due to volatility in international energy prices over the Russia-Ukraine war.

The state-run Petrobangla did not find any bid from global LNG suppliers to purchase LNG from spot market for late March delivery due to market volatility, a senior Petrobangla official told the FE on Wednesday.

Qatargas's decision to re-schedule LNG cargo deliveries came as an outcome of the Petrobangla's recent negotiation with the firm.

The Middle East's LNG giant, however, did not agree to the Petrobangla's proposal to supply Bangladesh an additional 1.0 million tonnes per year (MTPA) of LNG.

Instead, Qatargas assured Bangladesh to consider additional LNG supplies after 2024, as it has 'tight long-term commitments' with buyers across the world.

As per the annual delivery programme, Qatargas will supply a total of 40 LNG cargoes to Bangladesh during 2022, whereas it supplied 39 cargoes during 2021.

The remaining long-term LNG supplier - Oman Trading International, now known as OQ, however, will maintain its LNG supplies as per previous schedule.

Bangladesh is currently struggling to cope with the mounting natural gas demand due to dwindling gas production from local gas-fields as well as high price of LNG in international market.

Sources said the Petrobangla purchased LNG at around US$30 per million British thermal units (MMBTU) from spot market for two cargoes during March deliveries.

Its current LNG buying prices from spot market range around $13 per MMBTU, considering the Brent crude price at around $100 per barrel.

Bangladesh's overall LNG re-gasification stood at around 730 million cubic feet per day (mmcfd) on Wednesday, totaling the overall natural gas output to around 3,051 mmcfd, according to the Petrobangla statistics.

The country's overall natural gas demand is, however, around 4,000 mmcfd.

The Petrobangla started regular import of LNG in September 2018. It has sales and purchase agreement (SPA) with Qatar's RasGas to buy annually up to 2.5 MTPA of lean LNG for over 15 years.

During the initial five years of the deal, RasGas will supply annually around 1.8 MTPA of LNG, which will be increased up to 2.5 MTPA in next 10 years, as per the agreement.

The purchase price has been set at around 12.65 per cent of the three-month average price of Brent crude oil plus $0.50 constant per MMBTU.

The Petrobangla has a similar SPA with OQ to import annually around 1.0 MTPA LNG for 15 years.

The agency has the option of increasing LNG import to 1.5 MTPA or lowering it to 0.9 MTPA without having to pay any penalty.