Tesla Still Dominates US Electric Car Market, and It’s Not Even Close

18 Mar 2022  by electrek.co
New registration data show that Tesla is still dominating the US electric car market, and it’s not even close. Something is going to have to break for EV adoption to accelerate in the country.

For years now, Tesla has been dominating the electric auto market in its home country. It is expected that Tesla’s hold on the market will erode as more EV options hit and help grow the US market, but for now, the US EV market is still extremely dependent on Tesla.

For the entire year of 2020, Tesla vehicles accounted for 79% of new electric vehicles registered in the US.

Now new data has come out for 2021 as part of a new report based on registration data from Experian, and Tesla is a bit down, as expected. But, the company still holds a strong majority of EV market shares in the United States.

According to the report, Tesla still holds 69.95% EV market share in the United States with Nissan coming in at a distant second place with 8.51%: 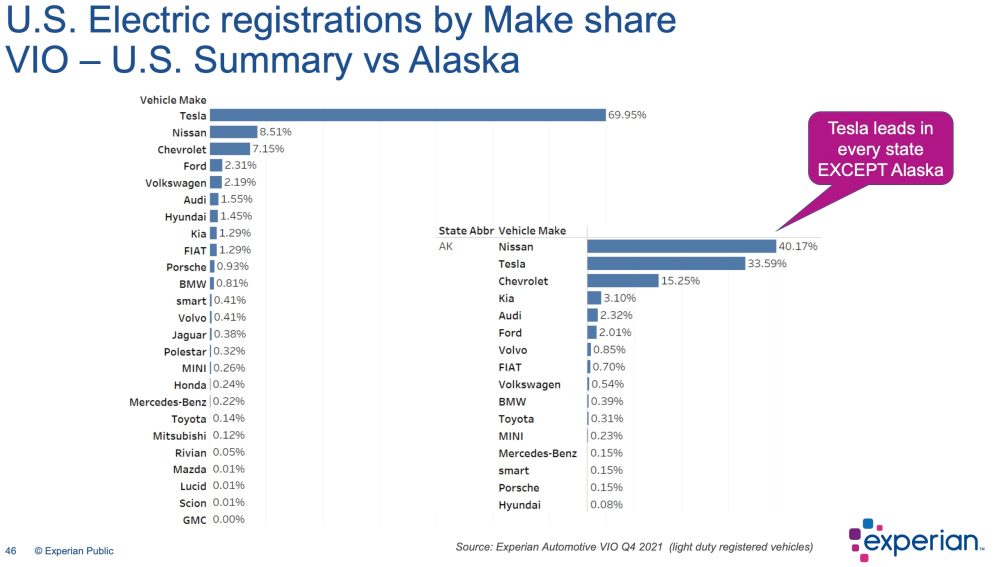 Tesla is leading EV sales in every state except in Alaska, where the automaker has yet to open a service center, but it recently launched its first Supercharger in the state.

As you can see, all other automakers have a lot of catching up to do.

Fortunately, several of them have new EVs launching in the United States this year, and we expect to see several companies, especially Ford and VW, grow their EV market shares in in 2022. 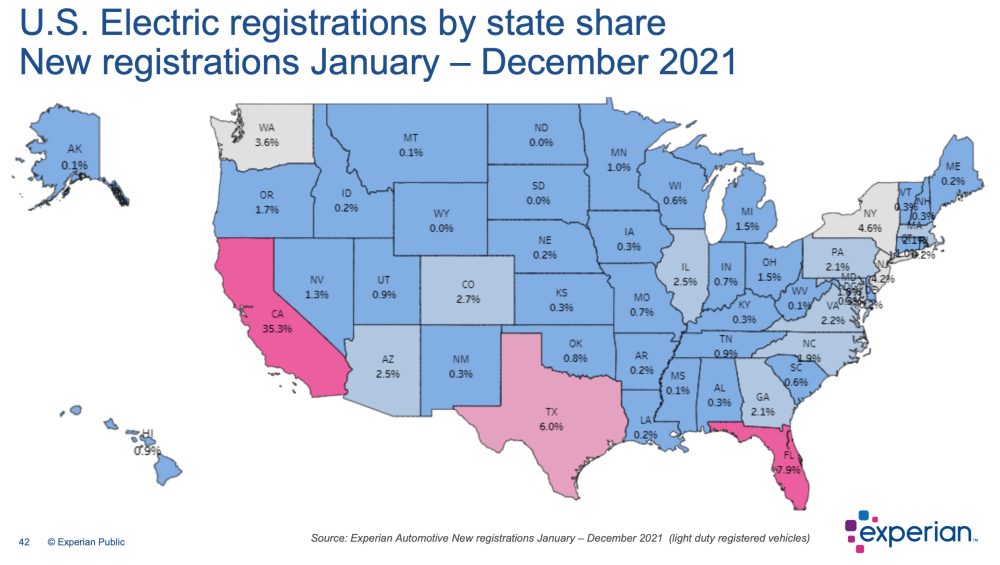 The US is going to need those other automakers to ramp things up because, as you can see above, the EV adoption rate is still awful in most of the country.

But Tesla is also not going to slow down either. The automaker is expanding production at Fremont factory and starting production at Gigafactory Texas. While some of the additional production is going to be exported, Tesla is expected to still grow in the United States.

As we reported earlier this month, Tesla is seeing its order rate surge in many parts of the United States following the significant increase in gas prices.

According to Tesla’s delivery timelines for new orders, the automaker is still enjoying some large backlogs for almost every version of each model.