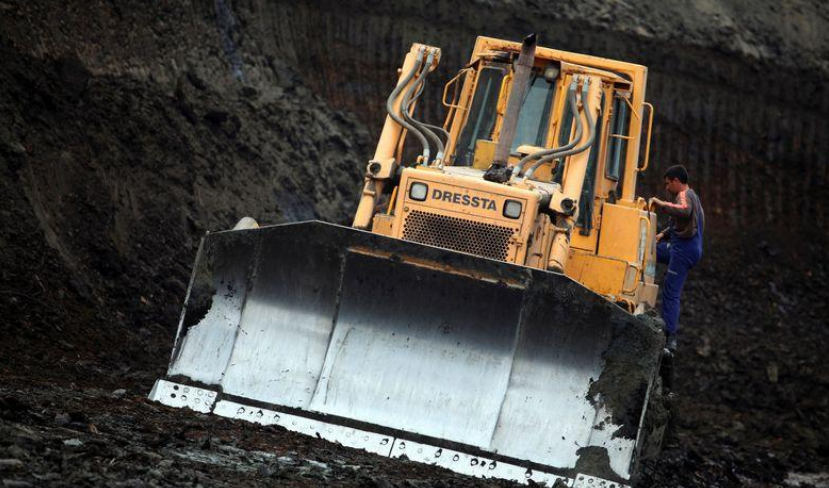 A coal miner climbs into a front-end loader at the coal mine in Lazarevac September 14, 2010.
A surge in power costs and concerns about reliance on Russian energy have prompted Balkan utilities to reassess plans to shut down coal-fired power plants, despite pressure from the European Union for them to shift to greener supplies.

Balkan nations Albania, Bosnia, Kosovo, Montenegro, North Macedonia and Serbia are among those that aspire to membership of the European Union, which has a goal to achieve net zero emissions by 2050.

“Coal is on its way out” said Artur Lorkowski, the director of the Energy Community Secretariat, an international body established by the EU and eight aspiring member states to extend the bloc’s energy policy to would-be members.

He told a conference in Trebinje, Bosnia, on Wednesday the countries needed to draft national energy strategies and take decisions on renewable targets and energy efficiency. He also called for deadlines to phase out coal, end fossil fuel subsidies and introduce carbon pricing.

But other officials said high prices and the upheaval caused by Russia’s invasion of Ukraine have shown that security of supply was more important than phasing out coal.

“Serbia will not rush with the energy transition. We must protect the interest of our state,” Miroslav Tomasevic, the director of Serbia’s state-owned EPS utility, said. He added the date for phasing out coal would depend on developments.

Bosnia’s Serb Republic Energy Minister Petar Djokic said the region could not just shut coal power plants in towns that depend on them.

“(The EU) cannot demand that we close down these thermo power-plants unilaterally,” Djokic said.

He said help should be provided for poorer Balkan countries to align with EU energy standards.

Lorkowski said the EU had set aside 127 million euros ($139.6 million) for the clean energy transition in the Western Balkans but some of the countries had failed to meet environmental standards it is conditional on.

Bosnia’s Foreign Trade Minister Stasa Kosarac said the country was aware of the need to decarbonise and would adopt a national strategy by the end of 2022, but was mindful of economics.

“Our goal is to secure the stability and sovereignty of the energy sector. We want to adjust to incoming reforms but also to the market,” Kosarac said.