17 Mar 2022  by spectrum.ieee.org
Growing food crops in arid climates is an energy-intensive endeavor. Saudi Arabia, for instance, sits on vast pools of both oil and water, and the country uses its oil to pump water up to the surface for irrigation. 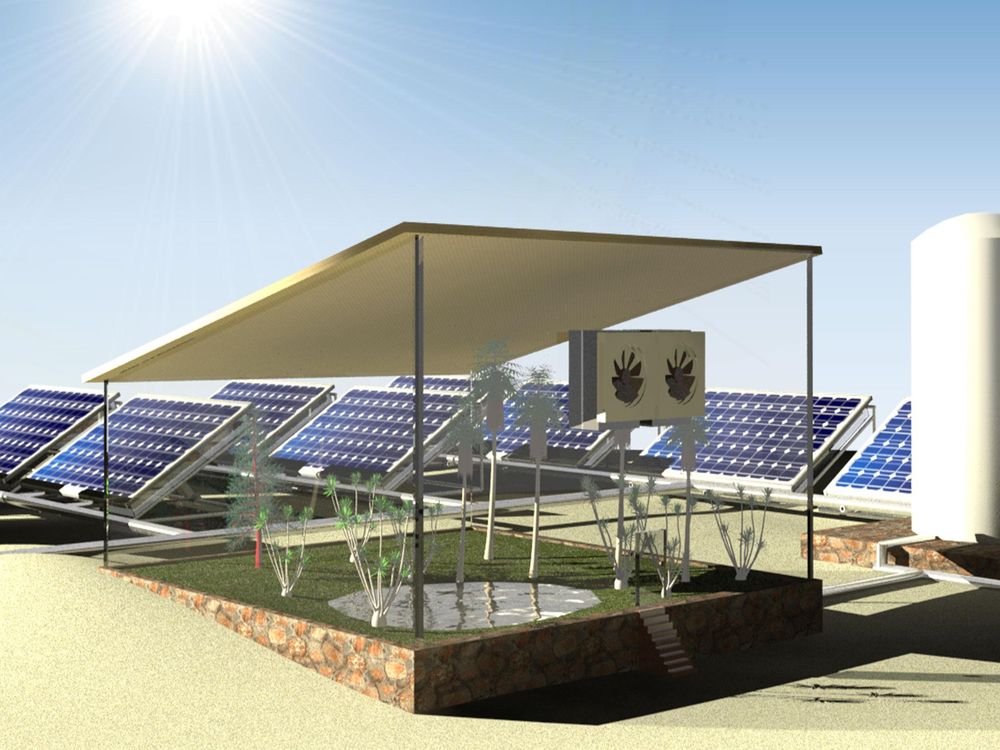 Demonstrations of the proof-of-concept system showed that it could sprout spinach seeds into tiny seedlings in the blazing June heat of Saudi Arabia. The results appear in the journal Cell Reports Physical Science.

The work provides a promising way to address the water and energy shortages for remote, off-grid communities and small-scale farms in dry regions, says KAUST environmental science and engineering professor Peng Wang. “Our technology provides a decentralized approach to simultaneously produce electricity, water, and crops by one setup, which shall be promising to facilitate the obtainment of the United Nations’ Sustainable Development Goals.”

This smart solar-harvesting tech can work in some of the driest areas of the globe, with relative humidities as low as 20 percent.

The system consists of a layer of water-absorbing hydrogel placed under small photovoltaic panels, both of which sit inside a metal box. The box is opened for 12 hours in the evening and at night, when relative humidity is higher, to allow the hydrogel to capture water vapor from the air.

When the sun comes up, the PV panels start producing electricity while also generating a lot of waste heat. That heat evaporates the water loaded in the hydrogel. As the water vapor builds up in the metal box, it condenses back into water that can be collected for irrigating plants. A recent study has shown that such solar-heat-driven water harvesting can work in some of the driest areas of the globe with relative humidity as low as 20 percent.

One benefit of the system is that it does not consume any of the electricity produced by the solar panels, providing electricity and water for off-grid and remote communities. Another benefit is that as the hydrogel siphons heat away from the solar panels, they are cooled and their electricity-generating efficiency increases slightly, by 2 percent. The symbiotic benefit is reminiscent of India’s solar canals, where solar arrays placed over canals operate more efficiently while reducing evaporation of the water.

It should be feasible to retrofit current PV arrays to produce water, Wang says. “The hydrogel water-vapor adsorbent would need to be placed at the backside of the PV, and an enclosure will then be placed on the backside to condense water vapor to produce freshwater.”

He and his colleagues tested the prototype system outdoors to grow crops for two weeks in June 2021. The system produced on average 0.6 liter of water per square meter of solar panel area each day. In two weeks, 57 out of 60 water-spinach seeds irrigated with the system sprouted and grew to 18 centimeters.

If the box is left open during the day for the hydrogel to continually soak up moisture for evaporation to cool the panels, water production goes down, but the PV efficiency gets a 10 percent boost. Based on need, the flexible system could switch between producing more water or electricity, Wang says.

Tests on a full-scale system with large solar panels are needed next. And the team is also ironing out other kinks with the materials and design. For instance, during the trials, the strong sunlight reflected from the ground as well as the high temperature of the PV panels degraded the hydrogel absorbent.

“We are working on identifying cheaper materials with better water-harvesting capacity and stability,” Wang says. “For such a system to be widely applied, the production cost will have to be significantly reduced. We are not there yet. We are working on optimizing the system’s performance and at the same time gradually and economically scaling it up.” 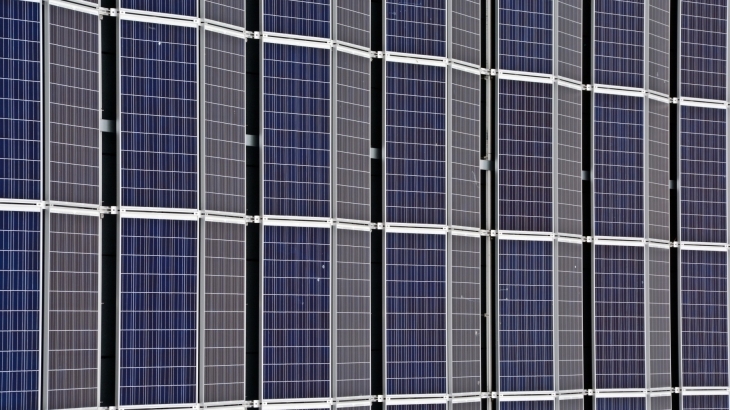