Tesla Jacks up Australia Model 3 EV Prices by up to $4,000, and all Models in US too 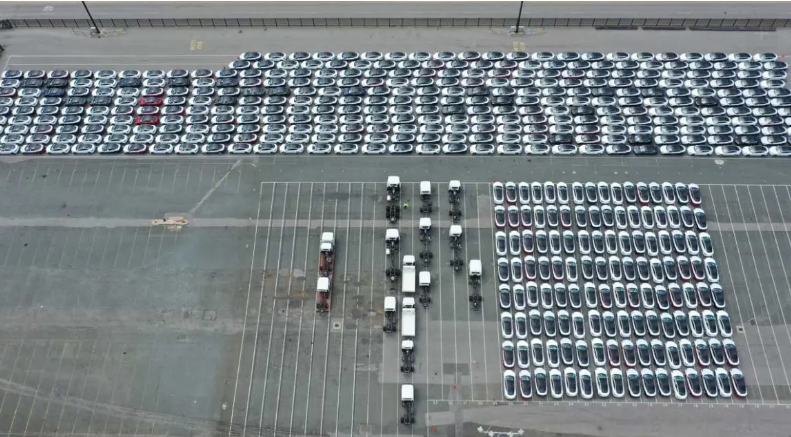 TESLA MODEL 3S LINED UP AT FREMANTLE PORT. SUPPLIED
Tesla has jacked up the prices of its Australian Model 3 electric vehicles by at least $3,000, just a day after warning of a waiting list that could stretch to nine months and into 2023.

The announcement follows a more modest price rise of $US1,000 for the  long range and peformance models in the US and China, but the Australian price rise includes the lowest cost Standard Range Plus variant. And it was quickly followed by news of more substantial rises across the Tesla range in the US.

The new configuration page shows that the price for the SR+ in Australia has jumped from $60,900 to $63,900, and is that variant’s second price hike since the start of the month.

According to one EV enthusiast it is the 14th adjustment to prices since the Model 3 was first released in Australia three years ago, but it is the first time a second change has been made within a month.

“Wow, I put my order in for an RWD yesterday … pretty glad I didn’t “sleep on it”,” said one Tesla customer on a Facebook post.

The price rises follow a supply crunch that has been caused by Covid disruptions and which has now been amplified by Russia’s invasion of Ukraine and a surge in metals and oil prices, including a six-fold increase in the price of lithium since the start of the year.

Rival EV specialist Rivian recently announced a price increase of up to $US12,000 for its top-of the range variants of its electric ute and SUV, but had to quickly backtrack when it tried to impose those price rises on people who had already made firm orders.

However, it has now become very difficult to buy an EV in Australia, given the wait times for the most popular EV, the Model 3, and even longer wait times for other EVs such as the Hyundai Ioniq 5, the Kia EV6 and the Polestar and Volvo XC40.

Just on a straight foreign exchange translation, that puts Australian prices for the Model Y at between $A87,000 and $A94,000, although the configurator for Australia is yet to appear. The final price, after transport and local taxes, is likely to push the price higher than that. Wait times in the US for the Model Y now stretch out to September.

It also emerged that prices for the flagship Model S and Model X had also jumped.