Lukoil Strikes Gas at a Caspian Structure, but Major Oil Prospect Proves to be a Mirage 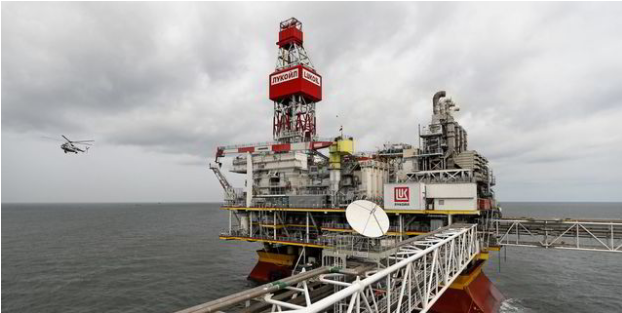 After drilling two exploration wells on the Khazri structure, one in 2017 and another in 2020, the company’s geologists have only been able to identify recoverable reserves of 48 billion cubic metres of gas and over 60 million barrels of condensate, falling way below pre-drill expectations, Rosnedra reported

Both wells targeted potential accumulations of hydrocarbons at drill depths of about 5000 metres, about 3000 metres deeper than known sandstone reservoirs that are already producing oil and gas from earlier Lukoil’s discoveries on the same Caspian Sea licence.

Khazri was identified as one of a number of prospective structures on a block where Lukoil began its exploration drilling in 1999, making 10 discoveries since then, including .

Two of these assets, Korchagina and Filanovskogo, are producing oil and gas today and have been selected for an investment programme under which Lukoil has been drilling of deviated wells with long horizontal sections in order to boost productivity and ultimate recovery.

Lukoil is also close to completing construction of two topside modules for its third Caspian development, Grayfera, at its yard in the Astrakhan region. One module is for drilling and production, and the other to serve as living quarters for personnel.

Both topsides will be towed for installation by a floatover on previously installed foundations during the second quarter of this year, according to an earlier Lukoil’s statement.

Production at Grayfera is scheduled to kick off before the end of 2022. Recoverable reserves there are estimated at 286 million barrels of oil and 33 Bcm of gas.

While Lukoil exports the bulk of its oil production from the Korchagina and Filanovskogo to international markets, it has to process produced natural and associated gas at onshore processing facilities.

The company has to sell the gas to Russian giant Gazprom at prices understood to be well below gas benchmarks in Europe.

Lukoil has not responded to an Upstream request to provide its expectations for a possible development schedule to monetize gas reserves of the Khazri structure.

Earlier in March, the company withdrew its usual quarterly update on its Caspian development plans to investors in the wake of Western sanctions against Russian economic interests.

Lukoil also cancelled a conference call with investors for its 2021 financial results.

The price of Lukoil stock, traded on the London Stock Exchange, dropped by over 100 times to 72 US cents per share earlier in March when Russia's invasion of Ukraine was met by sanctions. Trading of its Lukoil stocks was then suspended.

In Russia, equity trading in shares in Lukoil and other Russian companies has also been suspended since 25 February, with authorities making no indication when it will be allowed to resume.