The leader of General Electric’s (GE’s) global energy business said the company expects its power and renewable energy units should be profitable in 2023, and experience even more success in 2024, after it weathers market headwinds that present challenges this year. 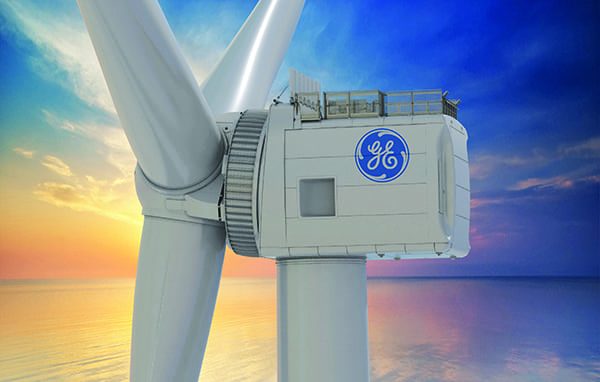 Scott Strazik, speaking at the company’s March 10 investor day event, said GE is poised to turn around “unacceptable” financial results in its renewable energy division, though he said he expects onshore wind will not be profitable this year due to a slowdown in the North American market. The company’s power and renewable energy units could record what Strazik characterized as a low-single-digit profit margin in 2023, and then a mid-single-digit margin the following year.

GE last year announced it would divide into three separate, publicly traded companies, with the core GE business focusing on aviation. GE Healthcare is expected to be spun off early next year, with GE Power, GE Renewable Energy, and GE Digital becoming a single business that will be spun off in 2024. GE last month reported declining sales in the fourth quarter of 2021 for Power, Renewable Energy, and Healthcare, with executives stating a goal of strengthening the company’s financial situation is a priority for 2022.

GE last year year sold its aircraft leasing business to Irish group AerCap in a $30 billion deal, which the company said would reduce its debt by a similar amount. The company’s competitors in the power generation equipment space also have had financial challenges, and undergone restructuring in recent years, with rival Siemens spinning off its energy and healthcare businesses.

GE Digital, the company’s software division, is being merged with the energy units because its software and artificial intelligence business is essential to utilities and other energy companies. GE Digital’s products are used to forecast and predict how power plants and renewable energy facilities operate, gathering data to support operations and maintenance. The digitization of power generation is increasing in importance as part of the transition toward cleaner energy resources such as wind and solar power.

Strazik said GE will likely be more selective in determining which international onshore wind markets to target. He said the company’s Haliade-X offshore wind turbine is in demand, though, which should drive higher earnings from the offshore market.

“The last three years, the financial results of these businesses [renewables and power] have been unacceptable, but also fixable,” Strazik said. He said “smarter pricing” and “simplifying the organization” will help onshore wind be profitable.

Pat Byrne, CEO of GE’s onshore wind business and previously CEO of GE Digital, said the company sees plenty of growth potential in onshore wind, noting he expects 50 GW of new wind generation annually outside China, starting by the middle of the decade. Byrne said at least a quarter of that new build will be in North America, adding he expects an additional 12 GW of onshore wind capacity annually as utilities increase the amount of renewable energy in their portfolios. He said the growing market for power purchase agreements, particularly as more corporate energy customers embrace renewable energy targets, will also spur more onshore wind.

Byrne said it’s important for GE to remain engaged with international markets, though he—like Strazik—said the company must focus on markets that make sense from a competitive standpoint. No specific markets were named, but Strazik said, “For international onshore wind, we need to have conviction on what markets we can make money on equipment on day one, and then services on day two.”

Strazik said GE expects orders for the offshore Haliade-X turbine will continue to grow, and said the company will continue to invest in offshore wind technology. GE is working with the U.S. Dept. of Energy on a superconducting generator that the company has said could increase the power rating of the Haliade-X by as much as 3 MW, pushing that rating to as high as 17 MW.

“The world is going to electrify with the need to simultaneously decarbonize—these two macro themes are ones that position this company to lead for a very long time,” Strazik said. “Our power businesses are in very good shape to generate a substantial amount of cash flow for a long time.”