11 Mar 2022  by energylivenews.com
Lithium is a key element to get EVs on the move – but it’s leading to certain flamingo species becoming endangered. 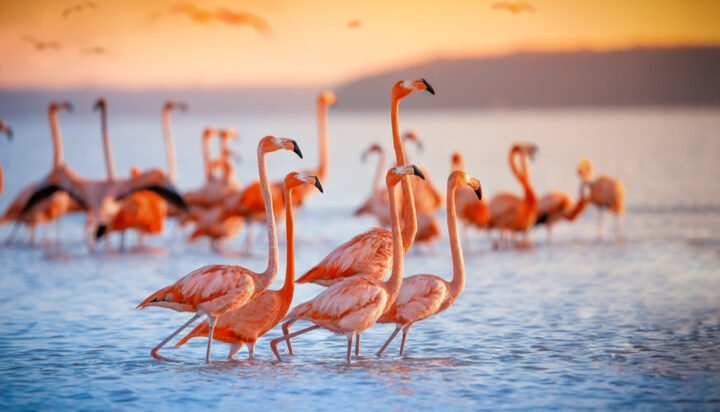 Lithium-ion batteries are a crucial component in electric vehicles (EVs), which have seen a huge boost in adoption rates, as the world looks to move away from petrol and diesel cars.

However, to keep up with demand, this means lithium must be mined at faster rates and this is impacting a certain pink-coloured bird in the Andes.

The Andes mountain range in South America is endemic to flamingos but also has an abundance of lithium, even being coined the ‘Lithium Triangle’, containing more than half of the world’s supply.

A new study published by the Royal Society suggests that this new focus on mining for more lithium is to blame for the decline of two already threatened species of flamingos in Chile.

The mining process uses up groundwater and can therefore mean lakes turn into dry environments for various aquatic animals and organisms that flamingos rely on in their food chain. The study reveals that this is leading to these species starving or having to find pastures new.

EVs have been lauded for how they cut the carbon emissions produced from an internal combustion engine and therefore their contribution to climate change, however one criticism raised has been the impact of heavy mining for minerals and elements that’s needed to make them.

The research reveals that a lake basin in Chile called Salar de Atacama – responsible for a staggering 30% of the world’s lithium – is being dried out by mining.

Lithium is extracted from brine in water underneath the surface and once it is pumped out into the open, the high temperatures lead to it evaporating, taking away a key element of flamingos and other organisms’ way of living.

Lithium is left behind after the evaporation but the water is gone.

The report stresses that producing just one tonne of lithium requires 400,000 litres of water and there are estimates that more than 1,700 litres of brine are extracted each second from this particular basin.

Less water makes the lakes saltier, which can kill off the organisms flamingos eat such as shrimps and algae.

Co-Author of the study, Nathan Senner, form the University of South Carolina, explained that flamingos are critical to the ecosystems of brine lakes, keeping it in balance and their numbers are now dwindling.

The study is calling for a review of mining practices to make them more sustainable to keep driving down climate change, whilst also protecting vital ecosystems and animal species.