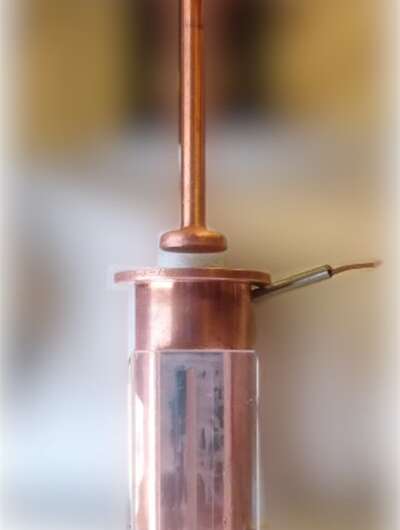 Experimental apparatus showing the piston used to apply pressure to the PCM within the container; the heat source (heating pads) is at the bottom.
Credit: The Grainger College of Engineering, University of Illinois Urbana-Champaign
Have you ever gotten relief from summertime heat by draping a wet towel over your head? If so, you've benefited from a phase-change material (PCM): a substance that releases or absorbs energy when it transitions between two of the fundamental states of matter, such as the solid, liquid, or gas states. Your damp towel cools you because water is a PCM that absorbs heat when it's evaporating—in other words, when it's transitioning from the liquid state to the gas state.

Experimental apparatus showing the piston used to apply pressure to the PCM within the container; the heat source (heating pads) is at the bottom.

A PCM's ability to absorb and release energy has recently attracted more attention because of society's shift from fossil fuels towards renewable energy sources that are only intermittently available. Because sunlight is unavailable at night and wind varies, we can't capture their energy right when we need it; rather, we need ways to store it for future use. PCMs offer promise as a storage solution, but to date, their use has been limited by seemingly intractable technical challenges.

Now, as detailed in a paper just published in Nature Energy, one major challenge has been overcome through a remarkably simple idea, opening the door to expanded use of PCMs for energy-efficient heating and cooling.

Nenad Miljkovic, who is one of the authors and also the Ph.D. advisor of lead author Wuchen Fu, explains that any thermal energy storage (TES) system has two important metrics: "One is energy density, which is the amount of energy you can store per unit volume, or per unit mass; then there's... power density, which is the rate at which you can extract that energy from that system per unit volume, or per unit mass." High levels of both are desirable, but most systems either have high energy density but low power density (e.g., a block of ice), or high power density but low energy density (e.g., a block of metal).

"Classically, the way people have been handling this—for well over thirty, forty years—is they mix the two. What they do is create composites where some fraction of the volume is metal, or a metal matrix, to help conduct heat and achieve good power density," he says. "But the trade-off is they are losing storage material, and so they sacrifice energy density in the process."

"What our method does," Miljkovic explains, "is it completely decouples the two," i.e., the energy density and power density.

Their insight was that application of slight pressure to a melting PCM can solve the problem simply by keeping the PCM right next to the heat source that is melting it.

Previously, to achieve the transition from solid to liquid, a stationary heat source was used to melt an adjoining stationary block of PCM. As the heat melted the near side of the PCM, that "melt front" of the PCM receded away from the heat source—and the growing distance between the heat source and the shrinking PCM translated into dwindling power density, and an increasingly ineffective system.

Experiments discussed in the paper have demonstrated the efficacy of the new approach.

Miljkovic says the new solution was inspired by the low-tech observation that you can help a stick of butter melt in a hot pan if you press on it, instead of just dropping it in and waiting. "Our main contribution here is not a fancy material or some expensive system! It's actually the simplicity," he says.

"Thermal storage has long been of interest to researchers, but it has not yet been used for many applications," observes co-author William King. "We really need high power to make it really compelling and useful for demanding applications like electric vehicles, power generation, and data centers. Our work makes it possible to achieve thermal storage at a high power not previously possible." 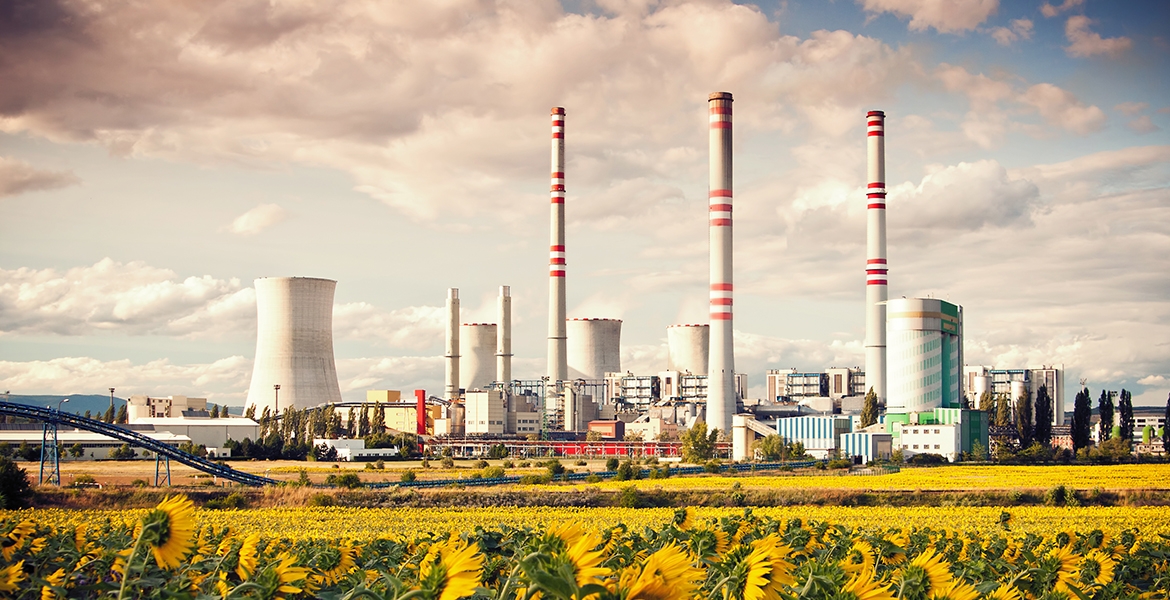 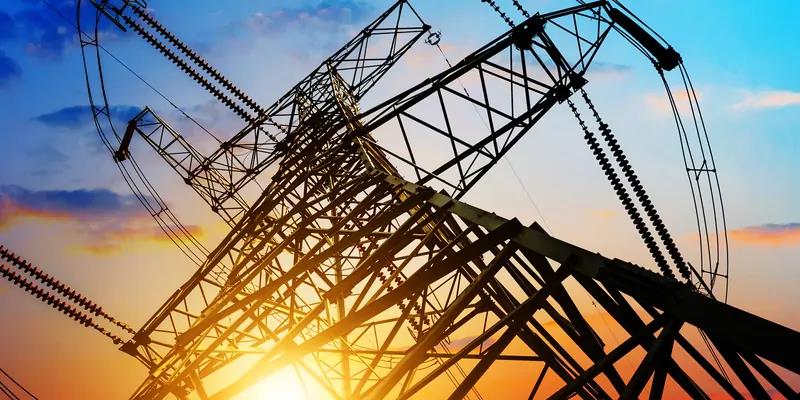