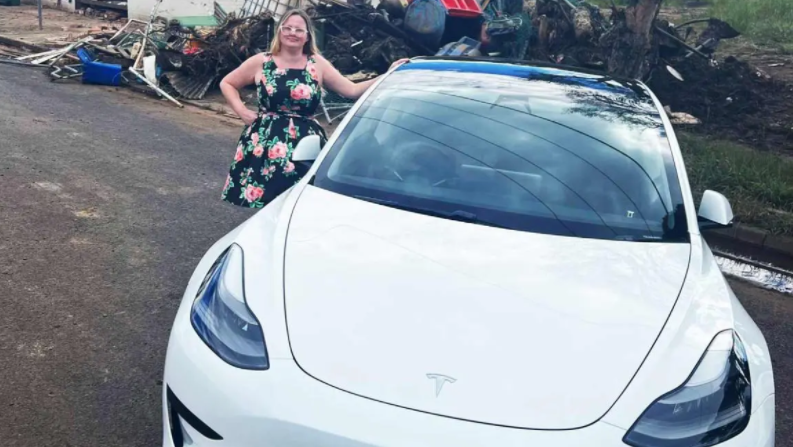 SARAH MORAN BOUGHT A SECONDHAND MODEL 3 AMID FUEL SHORTAGES DURING THE THE RECENT FLOODS. SUPPLIED
Owners of second hand electric vehicles, and even holders of pre-orders for new EVs, are finding opportunities in making small profits as demand for EVs rises amid a supply crunch that is seeing wait times for new vehicles blow out to months, or even years.

With the price of petrol set to soar due to looming gas and oil shortages caused by Russia’s invasion of Ukraine and subsequent sanctions, observers are noting increased interest in EV stocks.

The situation is being compounded by supply chain issues and the global semiconductor shortage that is seeing the increase in demand for electric vehicles also being met with increasing wait times as carmakers struggle to keep up.

And as The Driven editor Giles Parkinson reports today, US president Joe Biden is urging a transition to clean energy and electric vehicles to alleviate demand for oil and gas.

While the same level of support for a transition to EVs does not exist in Australia’s current government, even a small increase in demand is seeing EV values hold because of a lack of supply caused by the EV policy vacuum.

In Australia, the wait time for a new Tesla Model 3 is five to seven months, and many carmakers – the exception being the BYD Atto 3 and MG ZS EV – are finding it difficult to secure more than a few hundred new EVs at a time as they seek to launch new models on the local market.

With Bloomberg reporting that the Tesla Model 3 has “broken the mold” when it comes to used values, in France the wait time has now been pushed out to 2023.

In China, demand for Nio’s latest EV, the ET7, is seeing pre-order holders take to online market Alibaba asking double, and in some cases, triple what they paid for their place in the queue.

China EV news site CNEVpost reports several dozen listings on Alibaba from drivers wanting to sell their RMB 5,000 ($A1,087) non-refundable deposits for as much as RMB 17,000 ($3,697). In return, buyers get to take delivery of a new ET7 within weeks.

The impact on the local secondhand EV market is that drivers are finding they can easily recoup a large percentage of the cost of their once-new EV, and in some cases are even adding a small profit to the asking price, presumably because buyers are willing to pay a premium instead of wait for months for a new car.

The unprecedented floods in south-east Queensland and northern NSW have also seen at least one driver make the jump to an EV to avoid long queues for fuel as the region was faced with petrol shortages.

Sarah Moran, founder of Girl Geek Academy, found herself buying a secondhand Tesla on Friday. Caught in Brisbane and needing to get to Lismore as quickly as possible, she tells The Driven that she didn’t think twice.

Having already test driven one on subscription from AGL, she says, ” I didn’t even inspect it. I had already driven one, knew I wanted it and didn’t want the wait.”

She says the dealer had a test drive lined up for it that afternoon and a driver in Sydney was trying to buy it over the phone, so there was no time to waste. With the dealer keen to sell it, she paid just under $70,000, negotiating a $7,000 discount even though the car came with Tesla’s $10,100 Full Self-Driving package.

Riz Akhtar, founder of EV sales analysis site Carloop, says that until newer models like the BYD Atto 3 and the updated MG ZS EV launch in Australia, EV buyers should expect long wait times into the second half of 2022.

According to data gathered from state road authorities, he says even the cheapest Tesla Model 3s being sold are more expensive than buying a new one.

As an example, one seller on Car Sales for example is asking $63,900 (before government charges are added) for their 2019 Standard Range Plus Model 3, which would have been bought for $66,000 before on-road costs and has near 60,000km on the clock. That’s less than a 5% depreciation in 2.5 years.

While asking prices may differ from resale values, and petrol and diesel cars are also in short supply, he says, “Resale values of EVs in general are much higher than an equivalent petrol or diesel car.”

“EV sales are growing exponentially across the world – UK for example had 17% EV uptake in February 2022 of all new cars sold. For Australia being a right hand drive car market, this means more supply shortages for those Australians looking at getting their first EV,” says Akhtar.

“Over 347 secondhand Telsa Model 3 SR+ (RWD now) sales in 2021 and 2022 were analysed by carloop with an average price being paid by new owners of $68,093 driveaway and average odometer reading of 13,425 kms when these cars changed hands when sold,” he said.

One private seller has gone so far as to add a 50% markup – asking $98,000 for a 2021 Standard Range Plus Model 3. Whether they will get that asking price is probably unlikely but goes to show the amount of speculation in the secondhand Tesla market. 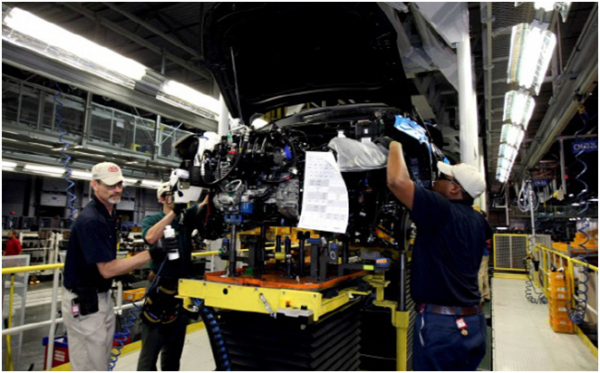 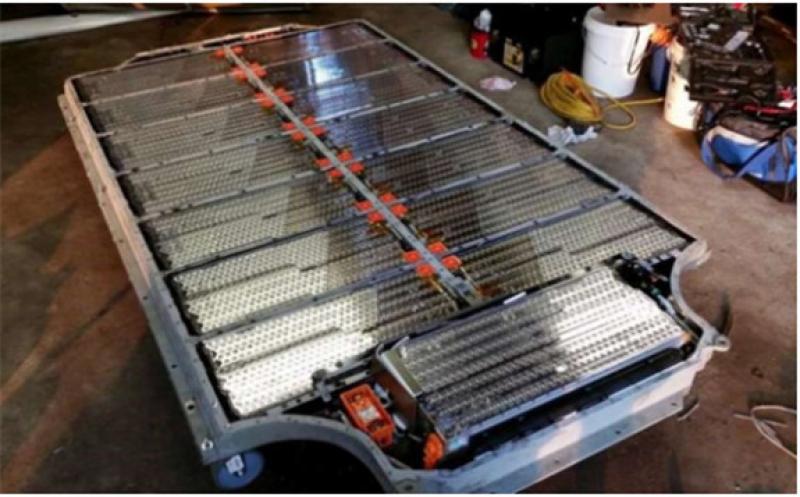