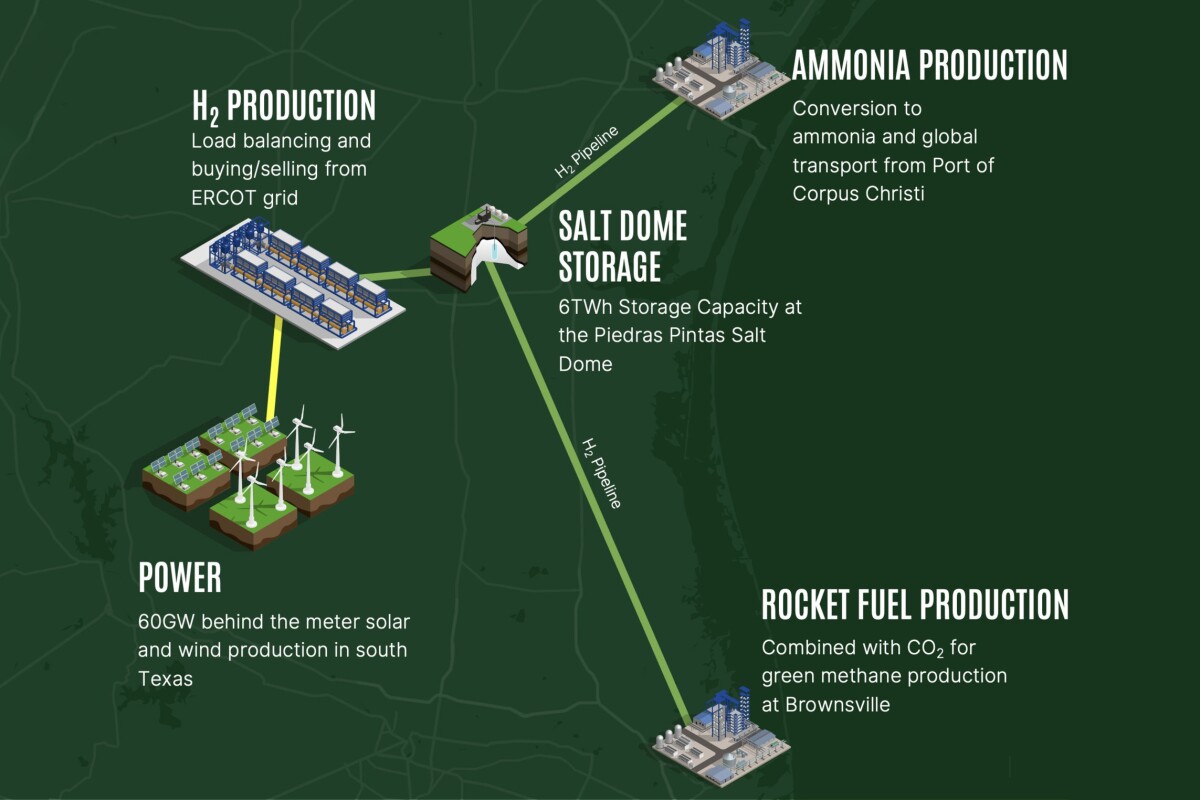 "Hydrogen City" in South Texas is the largest green hydrogen project currently being planned, with its first phase set to open in 2026 | Green Hydrogen International

Hydrogen City will eventually harness 60 gigawatts of solar and wind energy, and use it to produce over 2.5 billion kilograms (2.4 million tons) of green hydrogen a year, keeping it underground in storage caverns at the Piedras Pintas salt dome before transport.

The project, which is being planned by Green Hydrogen International (GHI), will be built in phases. The first phase will come online in 2026, bringing in 2 GW of green energy production and two storage caverns. GHI says that eventually, over 50 caverns can be created at the site, storing up to 6 TWh of energy.

These caverns are a vital part of the development, acting as a buffer for intermittent energy production. Solar and wind resources can power hydrogen electrolyzers as and when the conditions are favorable, but this buffer storage, as well as access to other renewable energy through the ERCOT grid, will ensure continuity of deliveries for customers.

Hydrogen will leave the plant through pipelines to nearby Corpus Christi and Brownsville for conversion into green ammonia, sustainable aviation fuel and other products. GHI also plans to build pipelines directly to other customer locations, and is exploring export options into Japan and Korea, as well as looking into the viability of a sustainable green methane rocket fuel for launch operations around South Texas.