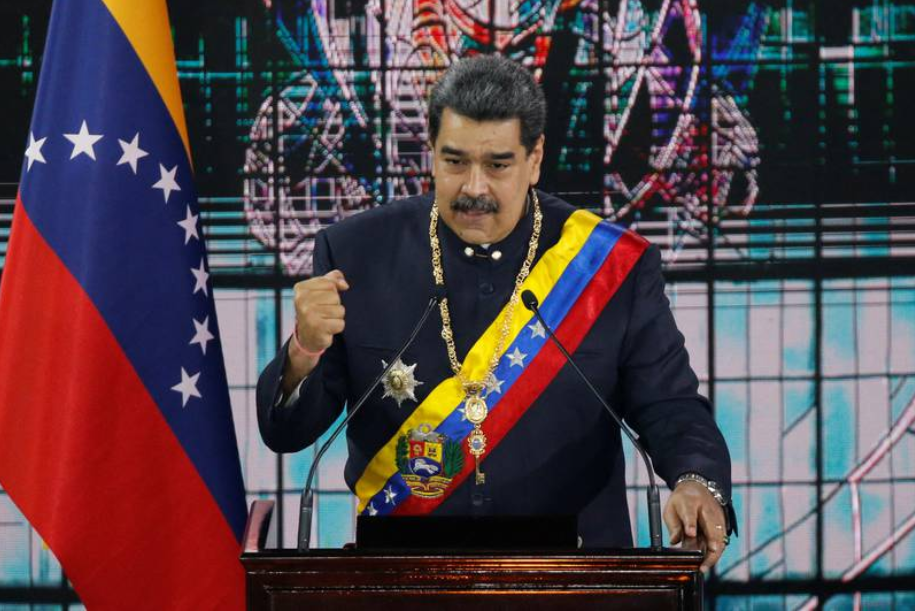 US officials visited Venezuela at the weekend to discuss easing sanctions on oil imports from the country as US politicians consider sanctions on Russian oil and gas.

Both sides presented "maximalist" demands during Saturday's meeting in Caracas and made little progress in their first high-level talks in years, Reuters reported.

The US trip came days after Mr Maduro and Russian President Vladimir Putin discussed by phone strengthening their countries' partnership.

US officials used the meeting to gauge whether Venezuela, one of Russia's closest Latin American allies, is prepared to distance itself from Mr Putin after the invasion of Ukraine, Reuters said.

Washington wants to identify alternative oil supplies to if it is to boycott the Russian industry.

The delegation also sought to negotiate the release of American citizens, including six Citgo executives, the Washington Post said.

The US suspended diplomatic relations with Venezuela in 2019 after the US recognised Juan Guiado as Venezuela's leader and accused Mr Maduro of election fraud.

In the talks, Washington sought guarantees of free presidential elections, broad reforms of Venezuela's oil industry to help production and exports by foreign firms, and the government's public condemnation of the Ukraine invasion, which Mr Maduro has defended, Reuters said.

As a concession, the US officials were willing to consider temporarily allowing Venezuela to use the Swift bank transaction system, a source said.

Mr Maduro sought an end to sanctions that prohibited Venezuela's oil exports, the removal of sanctions against him and other Venezuelan officials and the return to state control of Citgo.

US officials agreed another meeting but no date was set, Reuters said.

President Joe Biden's administration is co-ordinating with its European allies to explore the banning of Russian oil, and US House Speaker Nancy Pelosi said politicians are looking at legislation to ban Russian oil imports.

"The House is currently exploring strong legislation that will further isolate Russia from the global economy," Ms Pelosi said in a letter to her Democratic colleagues on Sunday.

She said Congress intended to send $10 billion of aid to Ukraine in response to Russia's actions.

She said the legislation would also repeal normal trade relations with Russia and Belarus, and take initial steps in denying Russia access to the World Trade Organisation.

Meanwhile, a city in New Jersey voted to suspend the services of Lukoil, a Russian-branded petrol station.

The move by Newark is the latest example of how Americans are looking to demonstrate solidarity with Ukraine by boycotting Russian companies, or goods and brands that sound Russian.