OPEC Has No Control over Events Roiling Global Oil Markets 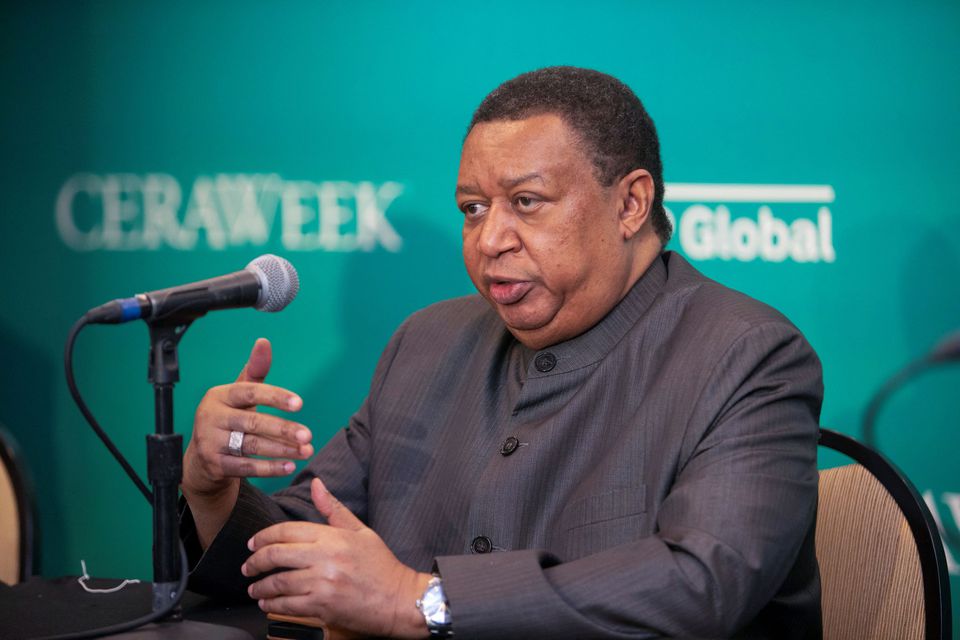 OPEC has no control over the events that have led to the run up in global oil prices and there is not enough capacity worldwide to compensate for the loss of Russian supply, OPEC Secretary General Mohammad Barkindo said on Monday.

Russia is the world's top exporter of crude and fuel, shipping around 7 million bpd or 7% of global supplies.

"There is no capacity in the world that could replace 7 millions barrels per day," Barkindo told reporters at an industry conference in Houston.

"We have no control over current events, geopolitics, and this is dictating the pace of the market," he said.

U.S., European and other governments exempted energy trade from sanctions to prevent already tight markets rallying further, but that has failed.

With an outright ban, some analysts posit prices could rocket even higher. JPMorgan predicted Brent could hit $185 by year-end. A supply shortage would require prices to rise enough to cut demand.

"I have heard from several speakers here at CERAweek that current tightness in the market condition might be creating some demand destruction," said Barkindo.

"Even as that might be the case, the other side of the equation is probably more critical at the moment, which is supply is increasingly lagging behind."

When asked why the Organization of the Petroleum Exporting Countries (OPEC) and its allies did not just end all restrictions on output at their meeting last week, Barkindo told Reuters the situation in oil markets had developed since the group met on March 2.

"Let's see what happens at the next meeting," he said.

OPEC and allies led by Russia, a group known as OPEC+, said after that meeting in a statement that markets were well balanced, and OPEC+ sources reaffirmed that earlier on Monday.

OPEC+ remained committed to market stability, Barkindo said. The group continued to unwind the deep cuts imposed at the height of the pandemic, he said. Production should be fully restored from the cuts in September, he said.

OPEC+ stuck to a plan for a modest output rise in April at the March 2 meet and ignored the Ukraine crisis in their talks.

The situation in the markets was likely to be a game-changer in the energy transition, Barkindo told reporters.

Access to capital for the oil industry has become more challenging, he said, but the crisis was showing the world could not afford to stop investing in oil and gas.

Most OPEC+ members have little spare oil production capacity at the moment, with the bulk of the extra capacity available in the Gulf states of Saudi Arabia and the United Arab Emirates, according to the International Energy Agency.