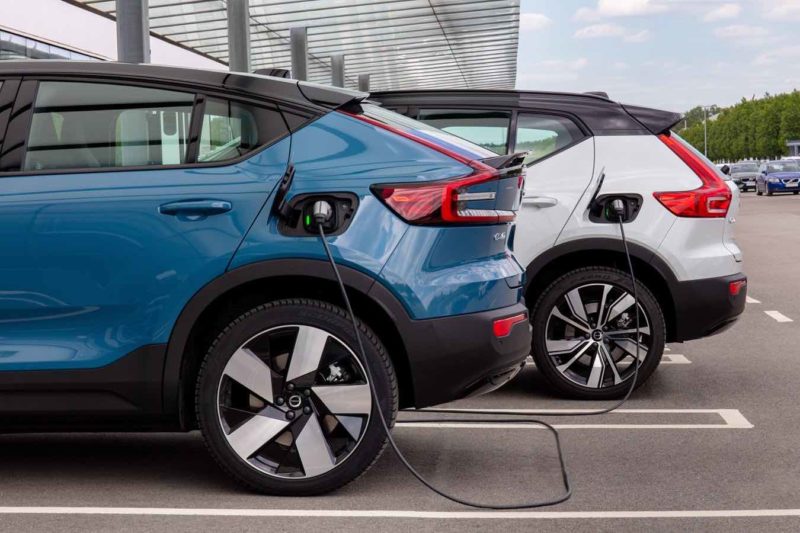 VOLVO XC40 RECHARGE. IMAGE SUPPLIED
Electric vehicle sales more than doubled in February, compared to last year, in yet another encouraging result for the market in the light of a supply crunch, delivery delays, and a noticeable dip in the broader auto market – which dipped 1.5% year-to-date compared to 2021.

Exactly 600 EVs – excluding Tesla, which shared its 2021 sales figures but is still tightlipped on monthly sales updates – were sold in February, more than double the 280 (ex Tesla) sold in the same month of 2022.

These are still small numbers compared to the wider markets of around 160,000 vehicles sold to date in 2022, but two other important figures also stood out: sales of new petrol-powered passenger cars plunged 22%, and petrol SUV sales dropped 7.3%.

It’s probably not a coincidence that petrol prices have hit all-time highs in 2022, topping $2 a litre in regional areas. And with the threat of petrol shortages looming in Queensland and NSW due to the unprecedented flooding, the push to go electric may hit home for many more in these regions.

Indeed, whether or not it is cheaper to own an EV compared to a petrol car could prove moot if the frequency of natural disasters continues to increase amid inaction on climate change, limiting fuel supplies.

On a more detailed front, here are some sales figures for individual models, with the exception of cars like the MG ZS EV, the Hyundai Kona EV and Ioniq fastback, and the Mini Cooper SE, that are not listed separately by Vfacts because they share a name with other drivetrain variants.

The Volvo XC40 Pure Recharge – which we reviewed here – saw 46 models sold in February, and there are more on the way says Greg Bosnich, director of public relations for Volvo in Australia.

The Porsche Taycan, which raked in 531 sales in 2021, went out to 48 new customers in February bringing the year’s total to 85, while the Nissan Leaf continues a steady stream of sales for the Japanese carmaker with 33 sold in February after a slow start in January of 4 sales.

BMW sold 20 of its iX electric SUVs in February, bringing the total to 55, while the run-out i3 remains on three sold for the year-to-date.

Meanwhile, we can only speculate on the Model 3 – which has noted above could have sold some 1,600 so far this year. However, with wait times now stretching out to July and a price lift now putting the base model RWD starting price at $60,990, it is impossible to be certain about this.

The opening of the Tesla factory in Berlin may help alleviate the wait for the Model 3 in the long term – and hopefully see the introduction of the Model Y later this year.

Still, one thing appears certain: Even if demand for EVs continues to rise the auto industry will not see its full potential for as long as Australia’s vehicle emissions policies continue to lag behind that of overseas and carmakers look to meet carbon restrictions elsewhere.