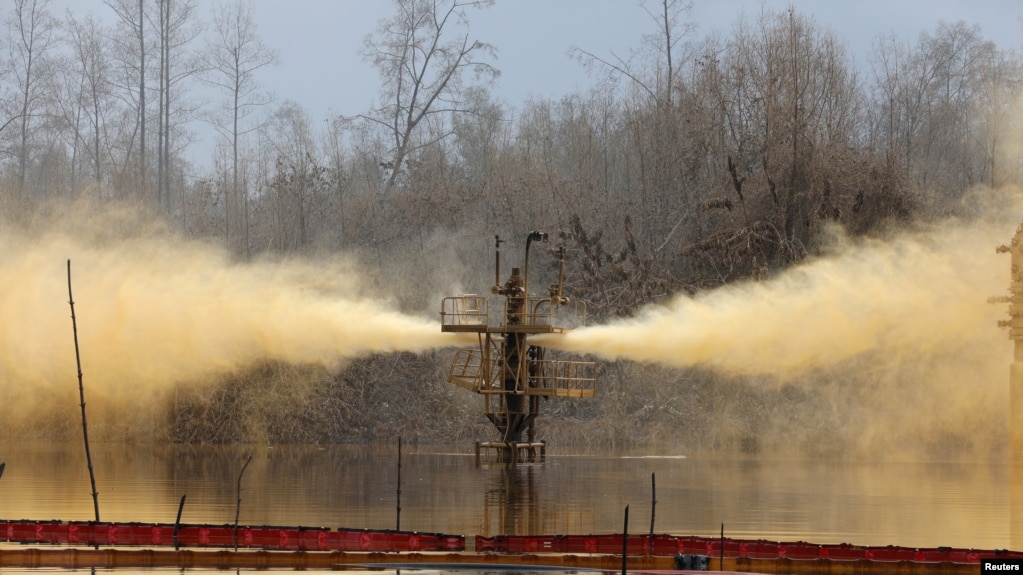 FILE - A view of an oil spill from a well head is pictured at Santa Barbara, in Nembe, Bayelsa, Nigeria, Nov. 25, 2021.Share

Russia's invasion of Ukraine, and the sanctions that followed, has pushed the price of oil to over $100 per barrel, the highest level in eight years. But, it's also opened an opportunity for African oil producers like Nigeria, Angola, Libya, and Algeria to cash in with more crude oil exports.

Crude oil prices hit $105 per barrel last week, their highest mark since 2014, and up by 47% since December, amid fears that supplies from Russia may be impacted by its war with Ukraine.

Russia accounts for about 10 percent of the world’s crude oil output, making it the third-biggest producer globally, behind the United States and Saudi Arabia. 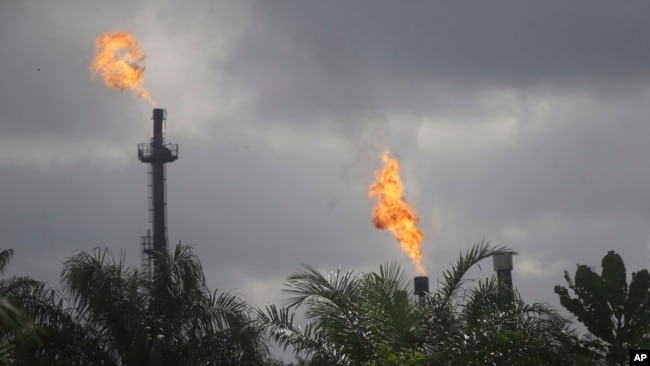 But experts say the Ukraine invasion and the sanctions slapped on Russia by Europe and the United States could significantly reduce demand for Russian products and increase the demand for Africa’s.

Isaac Botti is a public finance expert in Abuja.

"For Africa it's a gain, it's an opportunity," Botti said. "It presents that window of opportunity for African countries to see how they can increase their production capacity and meet the need of global demands of crude oil."

Nigeria is Africa's largest producer of oil at about 1.9 million barrels per day, followed by Libya, Angola and Algeria.

That positions those countries to reap windfall profits from rising oil prices. But economic analyst Paul Enyim notes that Nigeria will have to pay on the other end for finished products like gasoline.

"At the end of the day, it's going to hit on our economy," Enyim said. "We may think that we'll gain but remember we don't refine our crude oil."

All of Nigeria’s refineries were shut down in 2020 because of money and maintenance issues and have yet to reopen. The country now depends entirely on imports to meet its fuel needs.

For weeks, Nigeria has been battling to increase its national fuel supply after authorities recalled millions of liters of tainted imported petrol from circulation, causing a major shortage in West Africa's most populous nation.

In contrast, Algeria, which does have refineries, said this week that it would supply Europe with petroleum products if necessary.

Botti said it's a good example for other African nations.

"We need to develop our capacity to produce locally, we need to look at various trade agreements that are existing," Botti said.

As Russia’s war on Ukraine persists, experts say the shifting focus on Africa could be both a blessing and a burden.