25 Feb 2022  by economictimes.indiatimes.com
It is a crude shock with many implications for the world and India. 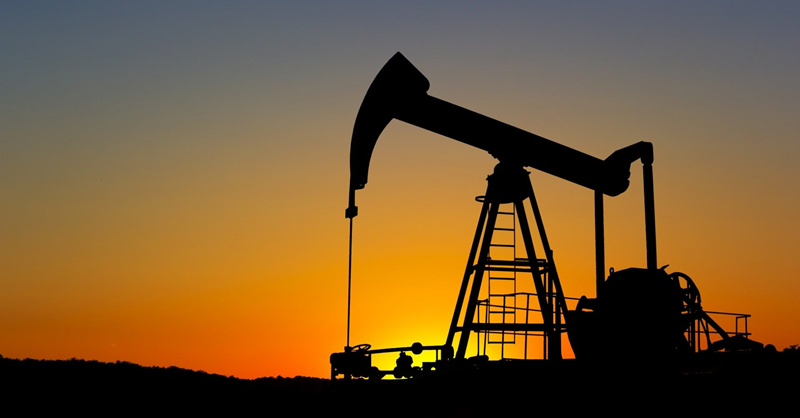 The surge in Brent oil to USD 105 a barrel for the first time since 2014 driven by the escalation of the Ukraine crisis has triggered fears of a disruption to the region's critical energy exports with consequences for India.

The genesis of the crisis is Russia's status as the world's second-largest oil producer, which mainly sells crude to European refineries and is the largest supplier of natural gas to Europe, providing about 35 per cent of its supply. The Brent touched over USD 96 per barrel on Tuesday as fears rose over supply-side disruptions amidst current shortages of oil stemming from the spike in global demand and low production by OPEC.

The threat of sanctions forcing Russia to supply less crude or natural gas would have substantial implications on oil prices and the global economy. According to Hetal Gandhi, director, CRISIL Research, the conflict between Russia, second-largest exporter of crude oil with 12 per cent market share, and Ukraine has expectedly raised already-elevated crude oil prices to 8-year high and prices could stay over $100 per barrel in the near to medium term unless the OPEC decides to increase output mate ..

"Over the past three months, OPEC members haven't been meeting their production targets, which has influenced prices. The result is energy and trade-deficit negative for India, since we import nearly 85 per cent of our crude oil requirement," said Gandhi. "If crude hovers around the USD 100 a barrel mark, India's import bill can jump around 15 per cent in the months to come," added Naveen Mathur, director of commodities and currencies, Anand Rathi Shares and Stock Brokers.

Price of oil could go above USD 100 a barrel due to a combination of the Ukraine crisis, cold winter in the US, and a lack of investment in oil and gas supplies around the world, opines Navneet Damani, senior vice president (commodity and currency research) of Motilal Oswal Financial Services. "Russia accounts for one in every 10 barrels of oil consumed globally. Hence it is a major player when it comes to determining the price of oil. An escalation due to the crisis is really going to hurt cons ..

Crude oil-related products have a direct share of over nine per cent in the WPI basket. "The rise in crude oil prices is also expected to increase the subsidy on LPG and kerosene, pushing up the subsidy bill," added Damani.

"For India, a rise in crude prices poses inflationary risks," said Mathur, with implications for the monetary policy going ahead. Indian oil marketing companies can change the price of fuel sold at retail pumps every day to align it with the international rates. But they have left the prices unchanged since November.

"Despite the steep increase in crude oil prices, OMCs are desisting due to the elections but once they are over, there could be a steep increase in the pump prices, anything between Rs 10-15 increase," said Aditya Shah, Chief Investment Officer of JST Investments.

The rise in global crude oil prices as a potential trigger to India's financial instability was recently flagged at the meeting of the Financial Stability Development Council (FSDC). "It is difficult to say how crude prices will go. In the FSDC when we were looking at the challenges which are posed for financial stability, crude was one of the things," Finance Minister Nirmala Sitharaman said. "These are international worrisome situations where we actually voiced that we want a diplomatic solution for the situation that is developing in Ukraine. All these are headwinds," the Finance minister said.

"India needs to be ready for the energy market volatility," agrees Aditya Shah as he spelt out the multiple scenarios that may unfold. He said it is obvious oil is set for an upward bias which will adversely impact the Indian economy which may be offset for the short term if the US releases oil from the strategic reserves. "It portends not positively for the Indian economy as a whole because this will push up the current account deficit on account of a higher oil import bill.This in turn will push inflation into the Indian economy and the global economies.

Gaurav Moda, partner and leader of the energy sector, Ernst & Young India, points out that in the Indian oil market, the crude essentially translates into the oil that is used for trucks and cars. Diesel is about 50 per cent of the oil market, petrol is 20 per cent and LPG, kerosene and aviation turbine fuel which make up the rest 25-30 per cent.

"So a high import bill for Indian oil marketers and its impact would be visible -- from the petrol perspective -- individually and directly as well as through the truck movement which carries most of the goods across the country. This would push up logistics cost, and therefore, the prices of commodities in the country," points out Moda, adding that the extent of the impact would depend on how long the crisis would take to settle down.

Investors are also closely monitoring the Iran nuclear talks amid signs of progress. A potential deal could add more than 1 million barrels a day of supply and help ease a tight global market. Hetal Gandhi offers a window of optimism. "Thankfully, India's gas requirements are locked in contracts with Qatar, the supply of which is unlikely to be affected if the war doesn't spillover. However, the impact of higher gas prices would be felt in India, just like everywhere else. Global production and supply of energy will be in a state of flux in the short-term, and will impact countries dependent on imports."

Damalso cautions that OPEC+ has some spare capacity, but it is in oil and whether it will deem it prudent to release it and how quickly it could unleash the barrels is a question mark.