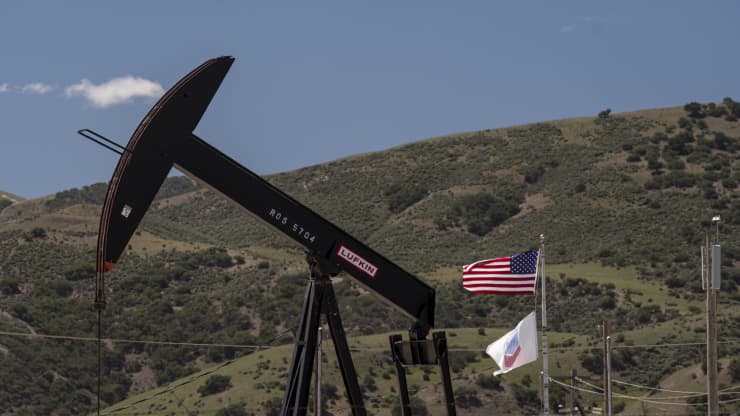 U.S. stocks slipped on Wednesday after giving up all of the opening gains as reports of cyberattacks on several Ukrainian state websites added to fears about escalating tensions with Russia.

Ukraine declared a state of emergency on Wednesday and told its citizens in Russia to flee, while Moscow began evacuating its Kyiv embassy in the latest ominous signs for Ukrainians who fear an all-out Russian military onslaught.

Prices also rose on Tuesday on fears that sanctions imposed by Western nations on Russia, after it sent troops into two breakaway regions in eastern Ukraine, could hit energy supplies.

Sanctions imposed by the United States, the European Union, Britain, Australia, Canada and Japan were focused on Russian banks and elites, while Germany halted certification of a gas pipeline from Russia.

But the United States made it clear that sanctions agreed and those which may be imposed will not target oil and gas flows.

However, analysts expect oil prices to continue seeing support from the Russia-Ukraine crisis, with some Western countries promising to impose more sanctions if Russia launches a full invasion.

“The prospect of more conflict in Ukraine should safeguard the geopolitical risk premium,” said Stephen Brennock at brokerage PVM Oil.

“There is a risk that Russia will retaliate to the sanctions by reducing deliveries of its own accord,” Commerzbank analyst Carsten Fritsch said.

The potential return of more Iranian crude to the market weighed on prices, as Tehran and world powers inch closer to reviving a nuclear agreement.

Yet analysts say there is little chance of Iranian crude returning to the market in the immediate future to ease current supply tightness.

“If a U.S.-Iran deal is reached, it will ease some of the pressure but not enough to stop oil prices inching towards triple digits,” said Pratibha Thaker of the Economist Intelligence Unit.