21 Feb 2022  by hellenicshippingnews.com
European gas storage levels have fallen less than feared after a mild winter and unprecedented deliveries of liquefied natural gas (LNG), but refilling will be a challenge this summer. 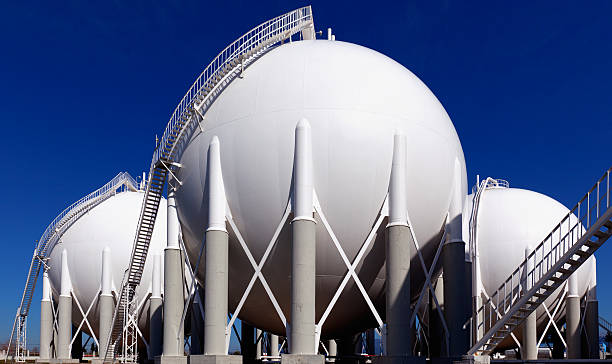 The winter gas season runs from October to March and the summer gas season starts in April. Typically in the summer season wholesale gas prices and demand are lower and more gas goes to storage. However, that did not happen last year.

Global supply was tight because of high Asian demand for LNG and lower-than-normal Russia gas pipeline flows. Wholesale prices were unusually steep for the summer season and limited the injections of gas into storage.

As a result, Europe entered winter with gas storage at its lowest in at least 10 years.

Concern that Russian gas supplies would be disrupted if the country invades Ukraine have pushed prices to record levels. Russia has massed troops near Ukraine’s border but repeatedly denied it plans to invade.

“Storage is not expected to end winter at critical levels, and while this gives Europe a bit of a buffer, it does have implications on restocking demand this summer,” said Laura Page, senior LNG analyst at data and analytics firm Kpler.

According to data from Rystad Energy, northwest European storage levels are around 10% below 2021 volumes. Europe-wide storage remains at a five-year low of 32.6% full, Gas Infrastructure Europe data showed.

LNG receipts in Europe will remain high this year, but are expected to fall from current levels as Asian buyers need to restock, Japan covers nuclear outages with LNG and overall demand in Asia grows, he added.

Russia is unlikely to send higher volumes of natural gas, given its reluctance to book additional pipeline capacity to Europe this year, he added.

Another issue is the lack of financial incentive to refill. Putting gas into storage has a cost. That means buyers require lower prices in the summer compared to the following winter to build up stocks, but wholesale prices for gas are uniformally high until next year.

Demand for storage could be stoked by plans from some European governments, including Germany, to guarantee a minimum of stocks to avoid another gas supply crunch next winter.

“Mandatory fill rates weaken summer-winter spreads, reducing the incentive to book storage wherever there isn’t an obligation. So for a net benefit for Europe’s security of supply it has to be a Europe-wide mandate,” said Energy Aspects Waddell.