UK electrolysis production prices averaged around $20/kg in January, more than seven times the cheapest locations in Western Australia and the US Gulf Coast.

UK prices were over 25% above the next highest priced region, the Netherlands, and more than 50% higher than in Japan, another potential importer.

"Understanding how differences in regional power markets impacts hydrogen production costs around the world will be an increasingly important factor in determining future trade flows," Platts Head of Energy Transition Pricing Alan Hayes said. "These regional differences will also be important for decision makers who want to compare options to achieve the most cost-effective routes to decarbonization."

The infographic, which will be updated monthly, shows the lowest cost region for hydrogen production (via conventional steam methane reforming without carbon capture and storage, or CCS) was the US Gulf Coast at just $1.15/kg.

It also shows, however, that in locations where power feedstock is cheap, electrolysis production is already under $3/kg.

Indeed electrolysis production costs in Australia and the Middle East are lower than fossil-based production with CCS in the same locations.

Low-carbon hydrogen production costs fell in most regions in January, as feedstock power and gas prices retreated from record highs in December, particularly in Europe. However, prices rose in parts of the US, Japan and Australia.

Prices in the US Northeast more than doubled, as below-average temperatures and tightening supply supported higher feedstock prices.

So while the UK is a high-priced hydrogen market today, Platts Analytics anticipates it will be in a position to export around 25% of its hydrogen production by 2050, with exports to the continent starting as early as 2033 -- assuming low-cost power and gas feedstocks can be secured, Robba said. 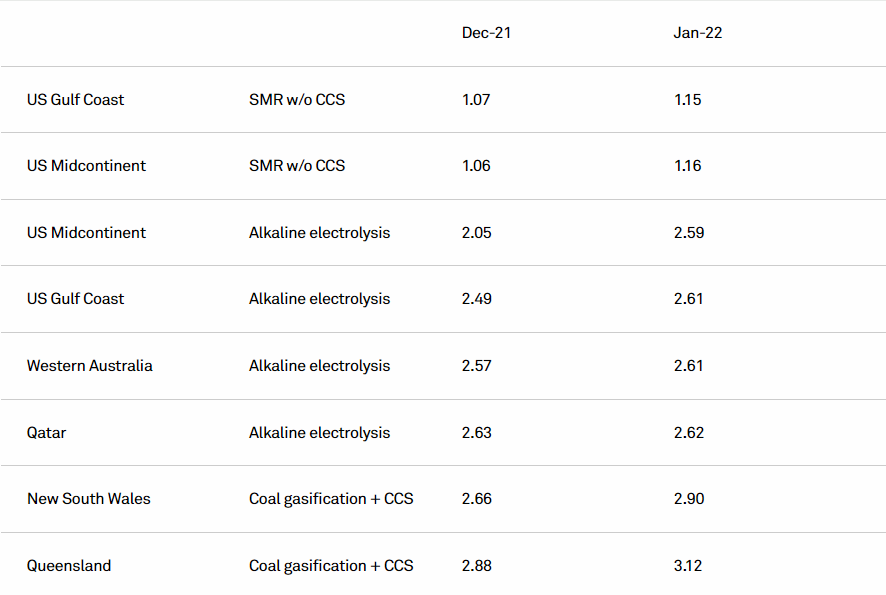 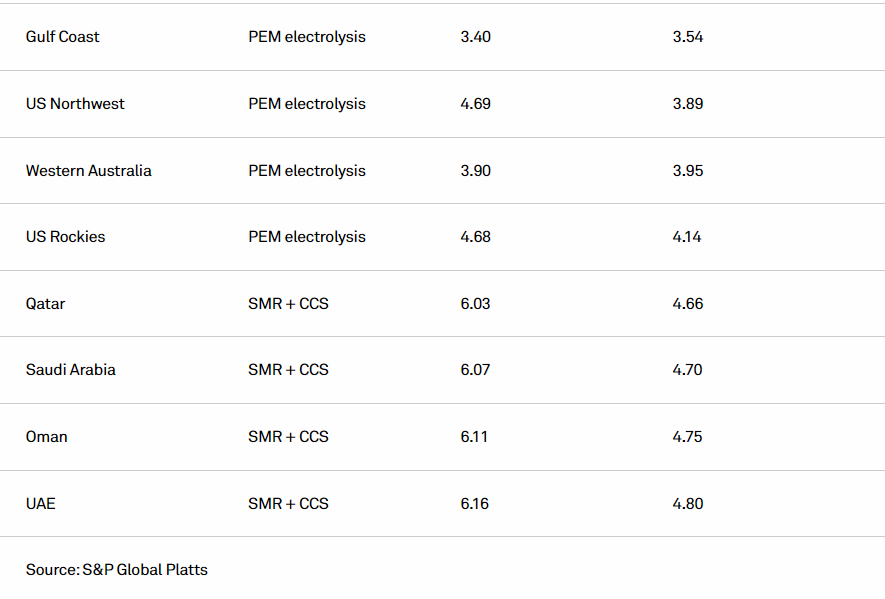