A New Roadmap for Toyota SA’s Carbon Return on Investment 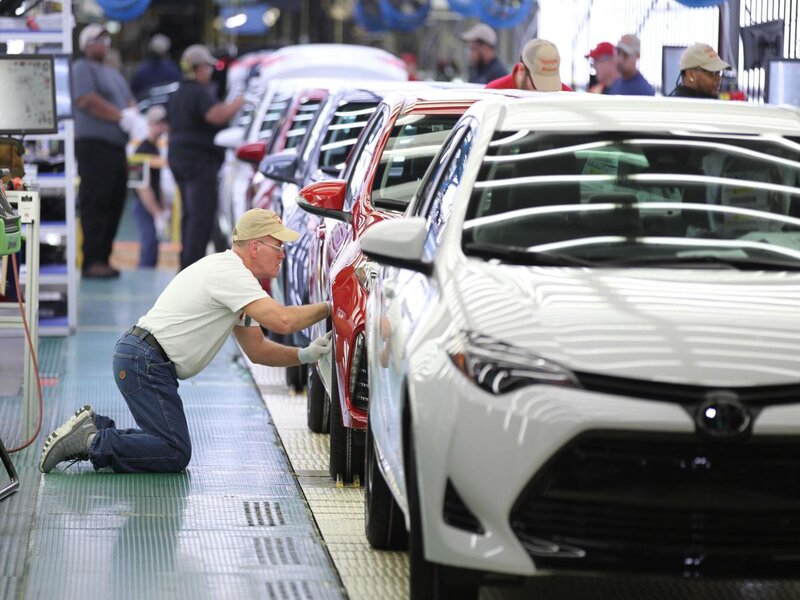 Also present at this prolific annual event, was guest speaker Dr Gill Pratt, Chief Scientist and CEO of Toyota Research Institute (TRI). Pratt mapped out the company’s global plan for electrification and the reduction of carbon emissions. He also shed some light on research developing within autonomous driving.

“We believe in battery electric vehicles and we’re investing heavily in them, but we also believe that the way to reduce more carbon emissions sooner is to employ diverse solutions. This is particularly important for mitigating climate change because CO2 emissions accumulate globally and remain in the atmosphere for a long time: we need to reduce CO2 as much as possible as soon as possible,” says Pratt.

In February 2020 the Chief Scientist and CEO of TRI outlined Toyota’s strategy to reduce carbon emissions. He highlighted three key points to their strategy:

He further explains his reason for a diverse approach to combating climate change. He believes the approach is practical and more likely to work. Here’s why? Akio Toyoda, President of Toyota Motor Corporation, announced in December 2021 that Toyota will invest $70 billion globally in electric vehicles including hybrid-petrol vehicles, plug-in hybrid vehicles, fuel cell electric vehicles and battery electric vehicles.

Toyoda explained that Toyota wants to provide as many options as possible for their customers. He also announced that Toyota plans to roll out 30 BEV models by 2030 and that Lexus is aiming for 100% BEV sales globally by 2035.

Pratt echoes similar sentiments towards the diverse approach. He believes it gives people from all walks of life an option and choice to solve the challenge of climate change. He noted different people have different circumstances and different needs.

As a result, what is best for the average person is not particularly the best for everyone. He believes we need to supply the world with a variety of tools to reduce carbon emissions.  TSAM President and CEO Andrew Kirby concurs with Pratt that a diverse approach or “diversity of drivetrains” is what is needed by the industry in the fight against carbon dioxide. He said that government incentives are needed in South Africa to encourage the adoption of new energy vehicles. He also thinks that making them cost attractive to the market will be beneficial.

He added that the local market is not yet conducive for the full adoption of BEVs, citing infrastructural shortcomings related to energy generation as well as high import duties. Last year, the Department of Trade, Industry and Competition published a Green Paper on incentivising the local manufacture and purchase of new energy vehicles. It is hoped that the policy would kick off soon after the white paper has been adopted in due course.

Pratt concluded his explanation for a diverse approach by simply putting forward that it is for economic reasons. The manufacture of products that reduce carbon emissions often emit some carbon as well, and this is generally true for solar cells and batteries.

For instance, to give an illustrative example, a way to measure this phenomenon is to think of it like an investment: a carbon investment where we emit some carbon today in order to save more carbon from being emitted in the future.

“The term for this is CROI (carbon return on investment) and here is where it gets interesting… for batteries as a whole to reduce the most net carbon we should try and maximise the CROI of every battery cell produced. If we produce a battery cell and never use it, its CROI will be zero, and it will end up making climate change worse. On the other hand, if we fully use the battery cell to reduce carbon, its CROI will be strongly positive, mitigating climate change,” said Pratt.

From an economic perspective

According to Kirby, total vehicle sales for 2022 will continue the post-lockdown recovery and settle at 540,000 at the end of the year. The breakdown for this year’s forecast includes 334,800 Passenger models, 178,198 Light Commercial Vehicles (LCV) as well as a total of 27,002 Medium and Heavy vehicles.

“The extrapolation (540 000 units) is based on a variety of socio-economic factors that do not bode well for the local motor industry, including the rising interest rate cycle, the strain taken by the agricultural sector due to heavy rainfall, the muted tourism recovery as well as possible market instability owing to ANC leadership elections and NBF wage negotiations,” says Kirby.

He concluded that this forecast was “constrained” and that the industry could even sell more vehicles if the economy performed better than expected or if issues in the automotive supply chains were to be resolved.