17 Feb 2022  by reuters.com
Oil and gold rose on Wednesday after NATO and the United States said Russia was increasing its troop build-up near Ukraine, while a dovish reading of minutes from the last Federal Reserve meeting helped stocks close mostly flat on Wall Street. 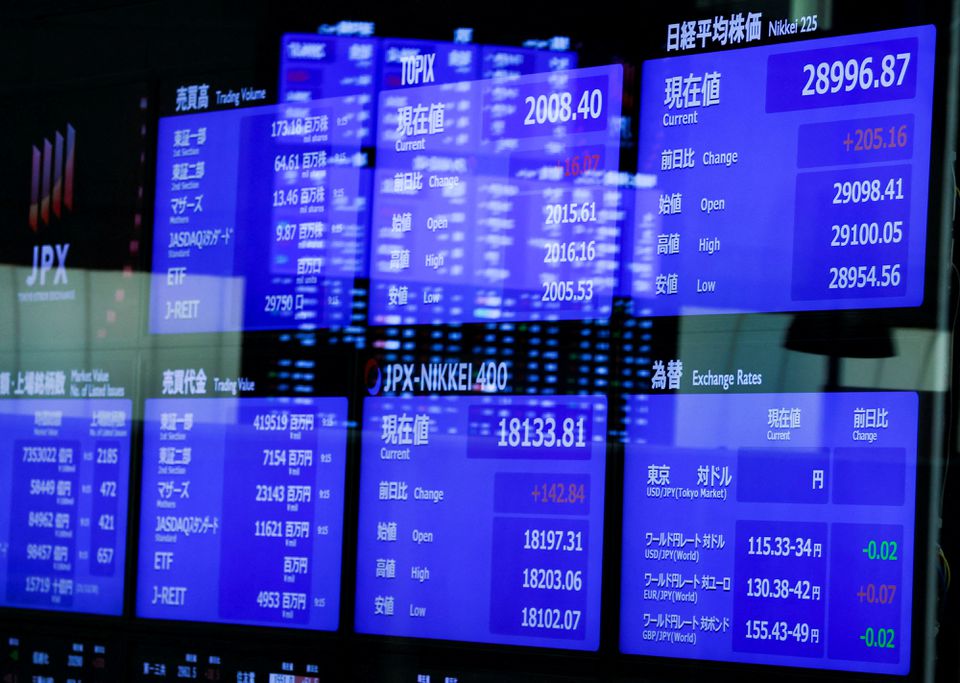 Monitors displaying the stock index prices and Japanese yen exchange rate against the U.S. dollar are seen after the New Year ceremony marking the opening of trading in 2022 at the Tokyo Stock Exchange (TSE), amid the coronavirus disease (COVID-19) pandemic, in Tokyo, Japan January 4, 2022. REUTERS/Issei Kato 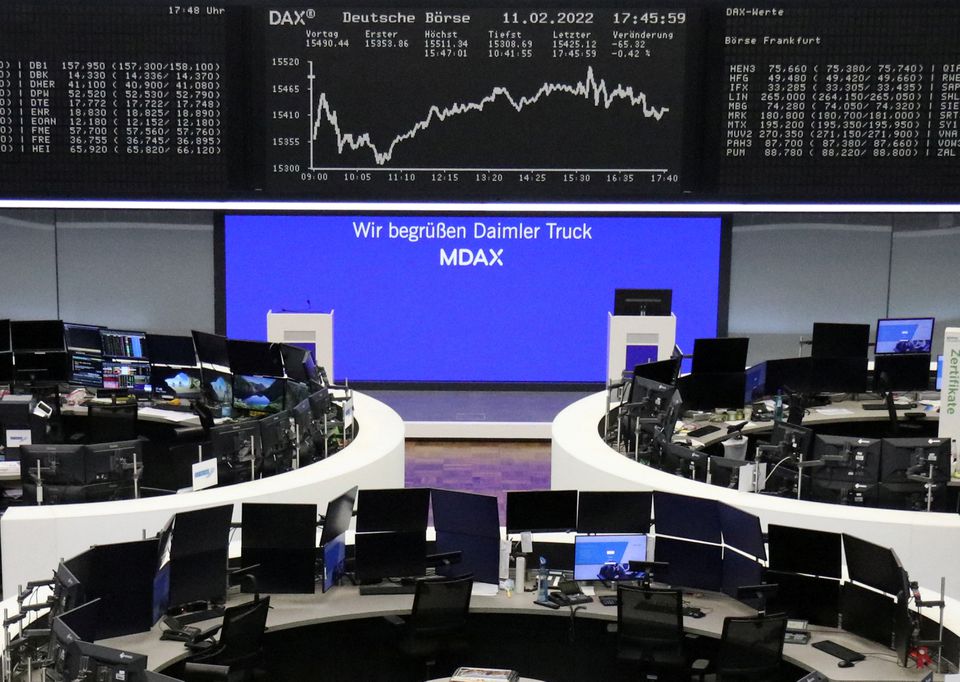 Stronger-than-expected U.S. retail sales data and higher inflation readings from Canada and Britain added to the outlook for tighter monetary policy worldwide, but geopolitical tensions kept markets for the most part focused on the Ukraine standoff.

Fed policymakers agreed it was time to raise interest rates but that any decision would depend on an analysis of inflation and other data each time they met, minutes from their two-day meeting in late January showed.

On Wall Street, the Dow Jones Industrial Average (.DJI) fell 0.16%, the S&P 500 (.SPX) gained 0.09% and the Nasdaq Composite (.IXIC) dropped 0.11%. All 11 sectors of the S&P early in the session were higher, with the exception of the energy index (.SPNY), but stocks pared losses after the Fed minutes came out.

Sharp gains earlier in Asian equity markets on Tuesday's news that Russia was withdrawing some troops faded in the European session, with the STOXX 600 pan-European index (.STOXX) ceding some early gains to close barely up 0.04%.

NATO questioned Moscow's stated willingness to negotiate a solution to the crisis, one of the deepest in East-West relations in decades, and accused Russia of increasing its massive military build-up surrounding Ukraine.

U.S. Secretary of State Antony Blinken backed the assessment, an outlook that lifted the price of safe-haven gold and boosted crude oil along with related assets as supply would be further constrained by an invasion.

"There are not really any signs of de-escalation. That's going to put commodities likely on firmer footing given that extent supply and inventories are really low," said Bipan Rai, North America head of FX strategy at CIBC Capital Markets.

The Russian ruble gained 0.64% to 75.12 per dollar as fears of immediate military action waned, for the moment.

Earlier, U.S. retail sales rebounded sharply in January amid a surge in purchases of motor vehicles and other goods, but higher prices could blunt the impact on economic growth this quarter. L1N2UR17V

Inflation was still a market concern as data in Britain showed consumer prices increased at the fastest annual pace in nearly 30 years, reinforcing chances that the Bank of England will raise rates for a third meeting in a row.

Canada's annual inflation rate accelerated again in January to hit a fresh 30-year high of 5.1%, bolstering the case for a steady series of interest rate hikes.

U.S. Treasury and euro zone government bond yields extended their decline. The yield on 10-year Treasury notes was down 0.5 basis points to 2.040%.

The two-year U.S. Treasury yield, which typically moves in step with interest rate expectations, fell 3.4 basis points to 1.535%. Earlier it touched a low of 1.496%.