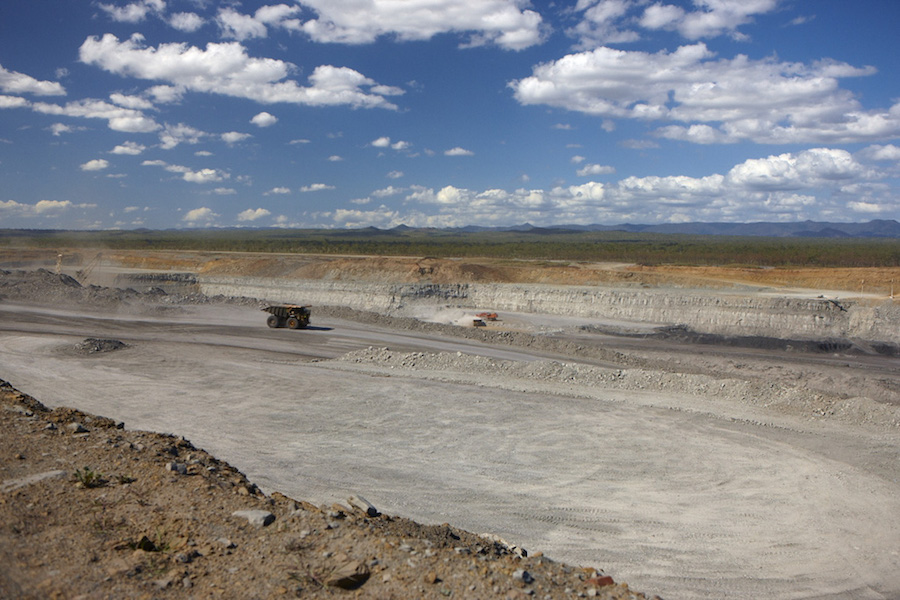 Hail Creek mine is located 120 km southwest of Mackay in central Queensland and supplies international markets with hard coking and thermal coal. (Image courtesy of Rio Tinto.)
Glencore didn’t confirm the SRON estimate or say how much methane the mine emits. The mine reported net emissions of 503,591 tons of carbon dioxide equivalent in the year ended June 2020 to Australia’s Clean Energy Regulator. Even if that figure only accounted for methane it would fall far short of the SRON estimate. Using a global warming potential factor of 28 — the multiplier used to show the impact over 100 years — it equates to only about 18,000 tons of methane emissions.

The CER said “the agency is of the view that emissions and energy data for the Hail Creek Mine has been reported compliantly.” The department said emissions reports filed by operators are reviewed and assessed for wrongdoing and the vast majority meet their requirements.

Mounting investor pressure will motivate Glencore and other miners to curb methane emissions, said Leonard Quong, an analyst with BloombergNEF in Sydney. “This pressure will grow as more accurate methane measuring technologies become available and as emissions reduction goals get closer.”

Satellite observations of methane have exposed large-scale releases of the potent greenhouse gas globally from coal, oil and natural gas operations. About 75% of methane releases from the fossil fuel industry must be eliminated by 2030 to keep global temperatures from rising more than 1.5 degrees Celsius and to maintain a pathway toward a net zero energy system by mid-century, according to the International Energy Agency.

The same SRON scientists who estimated the Hail Creek mine emissions for the last two years were among a larger group of researchers who found that the mine spewed similar levels of methane in 2018 and 2019, according to a paper published in November in Environmental Science & Technology. The scientists called for the on-the-ground measurements to validate their findings after releasing the new estimates for 2021 and 2020 to Bloomberg.

“You have to try to get closer to your source with measuring equipment to try to find out what is happening,” Ilse Aben, a scientist with SRON said.

Geologically older and deeper coal deposits tend to contain more methane than shallower seams, which is why emissions from surface mines, such as Hail Creek, tend to be lower than underground mines. But the analysis of satellite data suggests that conventional wisdom may not always hold.

Glencore said “questions have been raised about the ability of satellite imagery to correctly or accurately identify, quantify, isolate or attribute different emission sources, particularly in an area with numerous mining operations and without ground based or low level aerial monitoring.” The operator added that emissions from its Bowen Basin operations are accounted for in its climate targets, which include a 15% reduction in total emissions by 2026 and a 50% cut by 2035.

Other scientists have have also looked at emissions from mines in Australia. Kayrros SAS estimated last year that for every ton of coal produced in the Bowen Basin, an average of 7.5 kilograms of methane is released. That was 47% higher than the average global methane intensity estimated by the IEA, the French geoanalytics firm said at the time.