Oil Falls on Profit-Taking, All Eyes on Russia, Ukraine 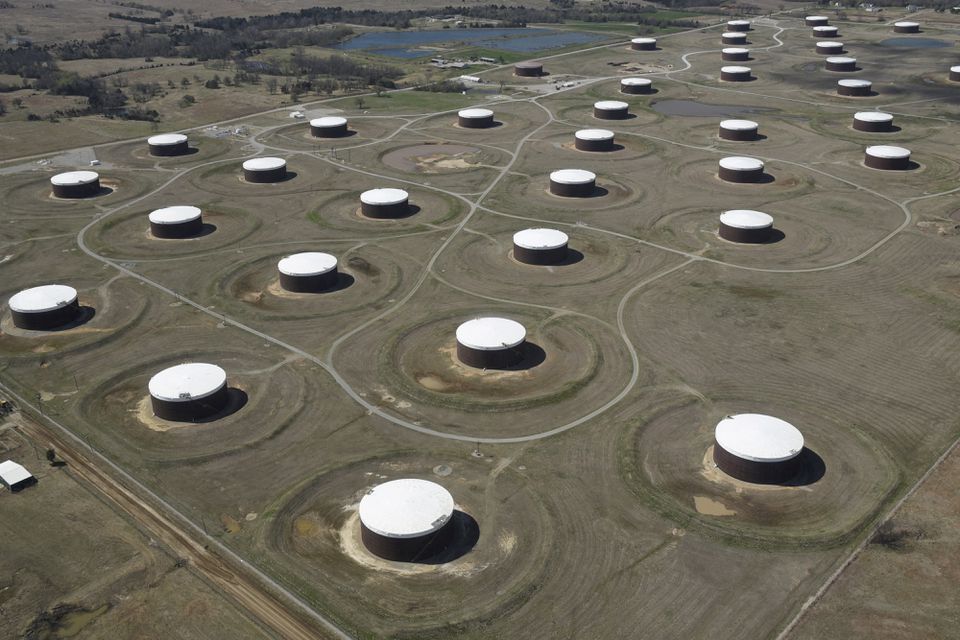 Oil prices fell on Tuesday as investors took profits from the previous day's rally to seven-year highs and as global stock markets slumped, although losses were capped by fears that Russia might invade Ukraine and disrupt supplies.

Both benchmarks hit their highest since September 2014 on Monday, with Brent touching $96.78 and WTI reaching $95.82.

Russia is one of the world's largest oil and gas producers, and fears it could invade Ukraine have driven a rally in oil towards $100 per barrel, a level not seen since 2014.

"Investors scooped up profits from Monday's rally though they were hesitant to take fresh short positions due to rising tensions in Eastern Europe," said Hiroyuki Kikukawa, general manager of research at Nissan Securities.

"Oil markets may see a real correction if the Iran-U.S. nuclear deal is agreed or global equities tumble further amid worries over inflation and tighter monetary policy by central banks," he said.

Portfolio managers are still bullish on the outlook for oil. But prices have already risen by more than 30% in less than three months and there are growing concerns about rising inflation and interest rates, prompting fund managers to take some profit last week.

Investors are also watching talks between the United States and Iran. The Iranian foreign minister said Iran was "in a hurry" to reach a swift agreement in nuclear talks in Vienna, provided its national interests are protected.

Ukrainian President Volodymyr Zelenskiy called on Ukrainians to fly the country's flags from buildings and sing the national anthem in unison on Feb. 16, a date that some Western media have cited as a possible start of a Russian invasion.

Several Western media organisations have quoted U.S. and other officials citing the date as when Russian forces would be ready for an attack.

Meanwhile, International Energy Agency (IEA) chief Fatih Birol urged OPEC+, the Organization of the Petroleum Exporting Countries and allied producers, to close the gap between words and its actions.

Shortfalls in OPEC+ production and spare capacity concerns are likely to keep the oil market tight and prices could hit $125 a barrel as early as the second quarter of this year, JP Morgan Global Equity Research said.