14 Feb 2022  by Reuters
Asian spot liquefied natural gas (LNG) stabilised this week but is expected to rise over the coming weeks as below-normal temperatures across much of north-east Asia could send buyers back to the spot market to boost inventory levels. 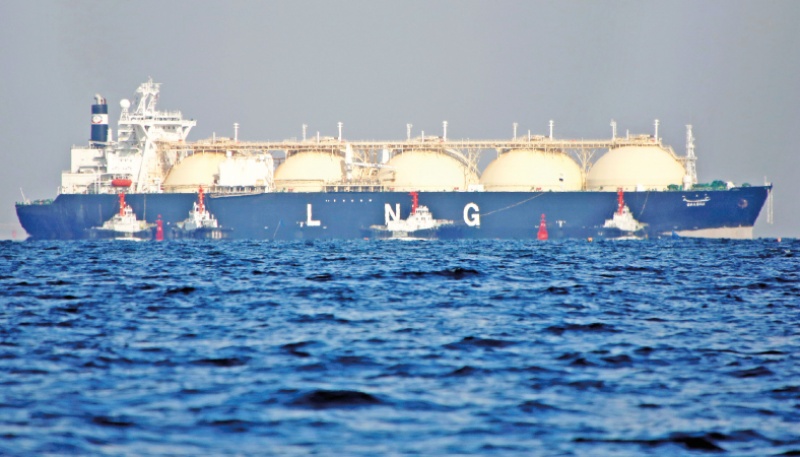 The average price for April delivery was seen at $25.50/mmBtu, they added.

“After record LNG imports into Europe and the UK in January, we’re expecting Asia to come back into the market a bit more in coming weeks,” said Alex Froley, LNG analyst at data intelligence firm ICIS.

“There’s some colder-than-average weather expected in China and in Japan, where Tokyo is unusually seeing some snow. South Korean buyers have been out in the spot market tendering for extra cargoes for late February and early March,” he added.

Refinitiv meteorologist Isaac Hankes said cold temperatures will intensify in Japan in the next 10-15 days and will expand across the Korean Peninsula, accompanied by a transition from very dry weather this week to wet conditions.

LNG from the United States and West Africa continue to flow to Europe, given the tight Dutch gas-Asian LNG spread. Europe has imported around 3 million tonnes in February to date, according to Rystad Energy’s senior LNG analyst Kaushal Ramesh.

However, Europe is no longer showing the price premium to Asia it did in December which drove January’s record imports, so some flows should revert to Asia. The last few Shell (LON:RDSa) cargoes from Peru, for example, have switched back to head for Asia after a string of recent ships to the UK, ICIS’ Froley said.

While a total disruption of Russia supply to Europe is unlikely, Rystad Energy estimates that if military tensions between Russia and Ukraine causes Russia to halt deliveries, up to 155 billion cubic meters per year of natural gas imports to Europe, or 30% of western Europe’s annual gas demand, will be put at risk.

While Europe has been increasingly reliant on LNG and while the U.S. is urging producers to send more, most recently Japan, there is doubt in the market that the LNG terminals could handle all the incoming flows.

In a rare market development, the Atlantic basin charter rates turned negative to -$750/day earlier this week, a level which does not cover the fuel cost of ballasting the vessel back to the load-port, signalling an increase in vessel availability, according to Henry Bennett at Spark Commodities.

The rate was estimated at +$750 per day on Friday. “A rate of zero effectively means the charterer payments for a vessel fixture exactly cover the LNG fuel cost of ballasting back to the load-port after discharge,” Bennett said.