Oil Prices Pump over 3% on Supply Concerns over Ukraine Crisis 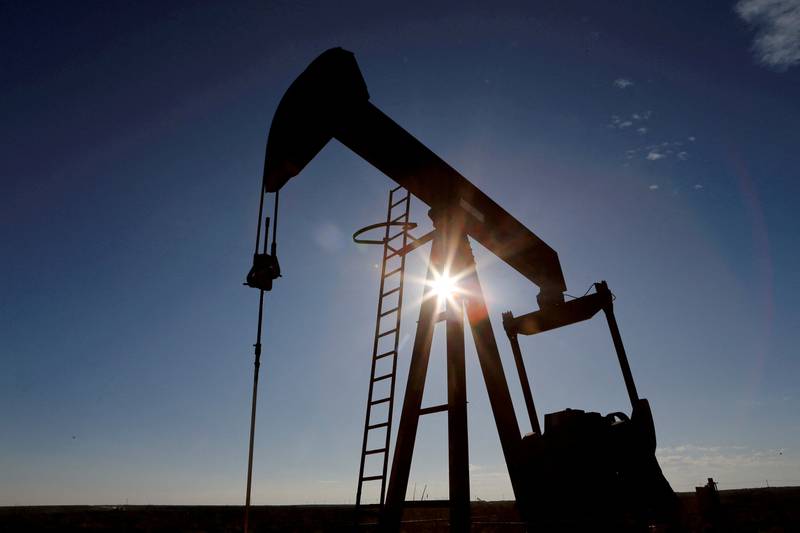 Crude has stayed buoyant in the past few weeks amid rising geopolitical tension in Eastern Europe.REUTERS / Angus Mordant

Oil prices rose for an eighth straight week amid growing concerns about supply disruptions as a result of intensifying geopolitical tensions in eastern Europe and a rise in demand.

Brent, the global benchmark for two thirds of the world's oil, jumped 3.31 per cent to trade at $94.44 per barrel when markets closed on Friday. West Texas Intermediate, the gauge that tracks US crude, was trading 3.58 per cent higher at $93.10 per barrel.

Oil prices have rallied to their highest since 2014 on tighter supply, higher demand and production constraints.

“Crude prices surged after reports that the US is expecting the Russians to move forward with invading Ukraine,” said Edward Moya, senior market analyst at Oanda.

Crude has stayed buoyant in the past few weeks amid rising geopolitical tensions in Eastern Europe.

A Russian invasion of Ukraine could come at “any time”, possibly within days or before the Winter Olympics finish, a top White House official said on Friday as he urged Americans to leave the country immediately.

The assessment came as the Pentagon announced it was sending an additional 3,000 US troops to Poland, bringing renewed urgency to the Ukraine crisis that has been escalating since November.

Russia is one of the world's top oil producers and an integral part of the Opec+ alliance that is co-ordinating the supply of oil in global markets.

The latest increase in oil prices comes as the International Energy Agency on Friday said an oil supply shortfall from Opec+ group of countries may lead to a tighter market and push prices higher.

The 23-member bloc’s prolonged underperformance has effectively taken 300 million barrels, or 800,000 barrels per day, off the market since the start of 2021, the Paris-based agency said in its monthly market report.

“If the persistent gap between Opec+ output and its target levels continues, supply tensions will rise, increasing the likelihood of more volatility and upward pressure on prices,” the IEA said. However, these risks, “which have broad economic implications, could be reduced if producers in the Middle East with spare capacity were to compensate for those running out”.

Spare capacity is almost entirely held by two producers including Saudi Arabia and the UAE, according to the IEA.

The Opec+ group, which achieved a historic reduction of 9.7 million barrels per day between May 2020 and July last year, is unwinding cuts due to improving demand. The group is adding 400,000 barrels per day to the market every month.

JP Morgan, the largest lender in the US, predicts Brent will "overshoot" to $125 a barrel this year and $150 in 2023 due to underinvestment in the oil and gas sector.

World oil demand is set to expand by 3.2 million bpd this year, to reach 100.6 million bpd, as restrictions to contain the spread of Covid ease, the IEA report said.

Opec, the crude oil exporters' group, last week maintained its outlook for oil demand in 2022 but said there is an “upside potential to the forecast”, as global economies continue to recover strongly from the coronavirus pandemic-induced headwinds.