Investments in Hydro Set to Increase in 2022 Says New Research

10 Feb 2022  by waterpowermagazine.com
Hydropower capacity in 2022 is set to exceed 1200GW and investments will climb to $36.3 billion, new research from Rystad Energy has suggested, with hydro set to solidify its position as the most popular renewable energy source. 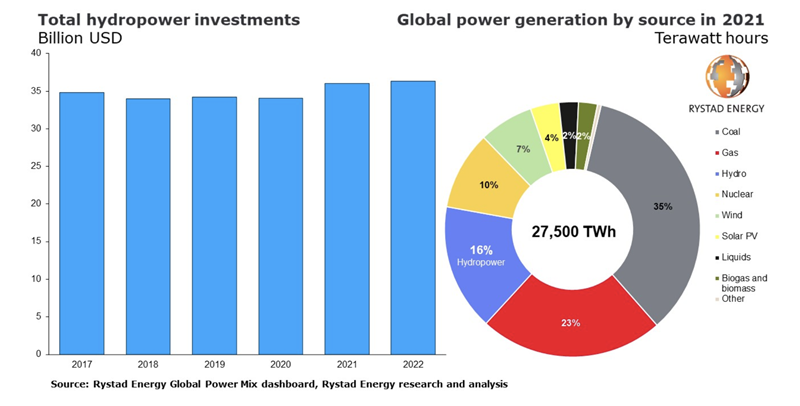 The research says that Investments in the sector slowed somewhat before 2020 as other renewable sources such as wind and solar PV gained momentum, a situation exacerbated by delays to several major hydropower projects and some regions’ lack of policy changes, which also stunted growth. The industry is, however, experiencing a renaissance as countries are increasingly motivated to find suitable renewable options to decarbonize their energy supply.

“Hydropower is the backbone of low-carbon electricity generation and has been rising since the 1970s. Over the last two decades, the installed global capacity of hydropower has grown from 680 GW in 2000 to nearly 1,200 GW in 2021, a surge of more than 75%,” says Rystad Energy analyst Karan Satwani.

China remains the world leader in total installed hydropower capacity with over 340 GW, with Brazil in second place with 112 GW. The US (84GW), Canada (81GW) and Russia (50GW) round out the top-five list for hydropower generation globally, followed by India (47GW), Norway (33GW), Turkey (30GW) and Japan (23GW).

Looking at 2022, China’s Baihetan hydropower project, which began operations from two of its 16 units in June 2021, will be able to produce up to 16GW of energy annually once fully operational later this year. This will make it the second biggest hydroelectric project globally, eclipsed only by another Chinese mega-development, the Three Gorges Dam project in Hubei province. The Wudongde hydropower plant, another ambitious Chinese development, began full operations in June last year with an installed capacity of 10.2 GW, making the project the seventh-largest hydropower project worldwide.

Most of the capacity additions until 2030 are expected to come from large-scale projects in Asia and Africa. In Africa specifically, installed capacity is expected to grow at a combined annual growth rate of 2.5% from 2017 to 2023, driven by Ethiopia, Mozambique and Uganda.

Most of the large-scale projects in Asia and Africa are managed by state-owned companies. The research says a slowdown is expected in the pace of hydropower development in China over the coming years due to growing concerns over environmental impact and the shrinking availability of economically attractive sites for large projects. However, India's new long-term targets and financial incentives are expected to unlock a large pipeline of previously stalled projects as the government aims to boost hydropower capacity by about 55% this decade and reach 73 GW by 2030. No significant capacity additions are expected in North America and Europe for at least two years. Still, fleet modernization will be a priority in both continents during this decade.

On a regional basis, Sub-Saharan Africa and Asia-Pacific are expected to grow, as untapped potential is being developed to meet rising energy demand. These regions also need cost-effective power generation to expand electrification.

This decade, a considerable portion of investments will be spent on modernizing aging plants in advanced economies. In addition, significant investments are required for existing infrastructure, including upgrades, replacements and the addition of turbines. Most of the spending on modernization will be in North America, Europe and Eurasia, where most of the world’s aging fleet is located. Investments will be required to restore performance and adapt plants to operating conditions that have changed since the plants were built. Overall, the proportion of investments spent on modernizing and maintaining existing hydropower facilities and infrastructure will be significantly higher than spending on the construction of new power plants in younger markets. 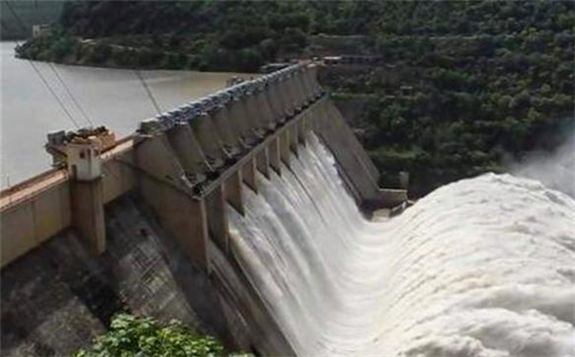 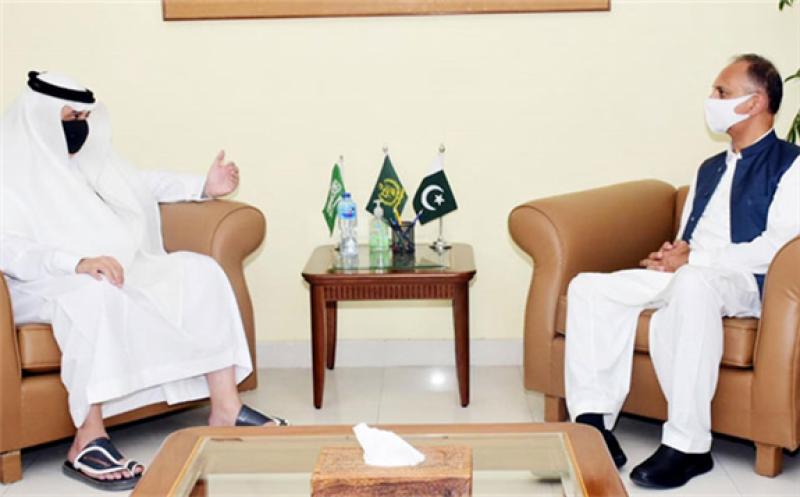 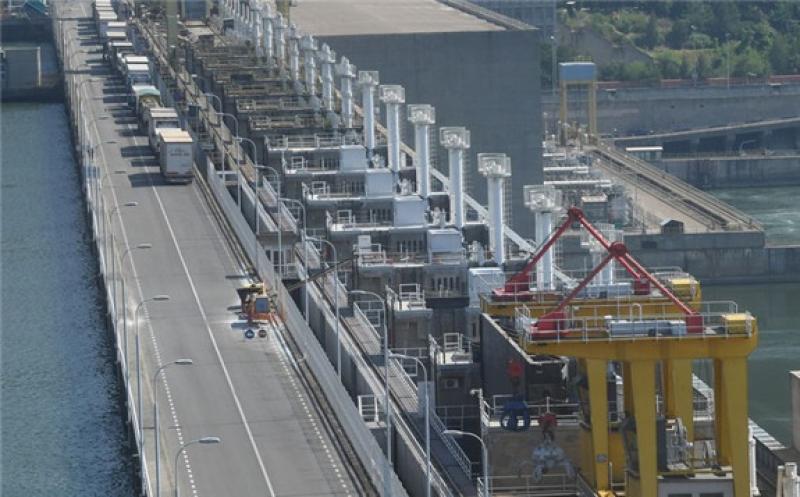 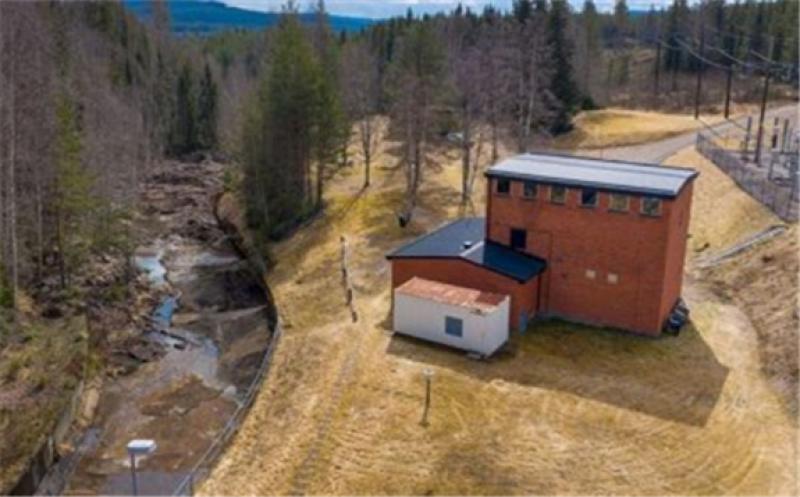 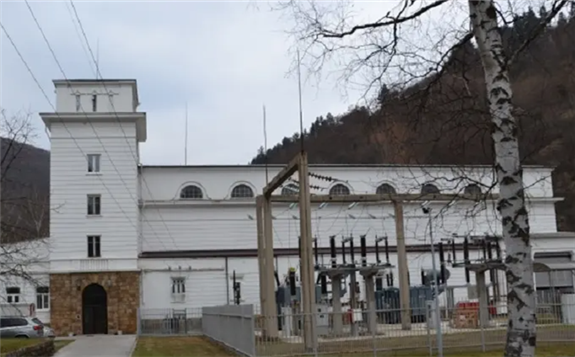 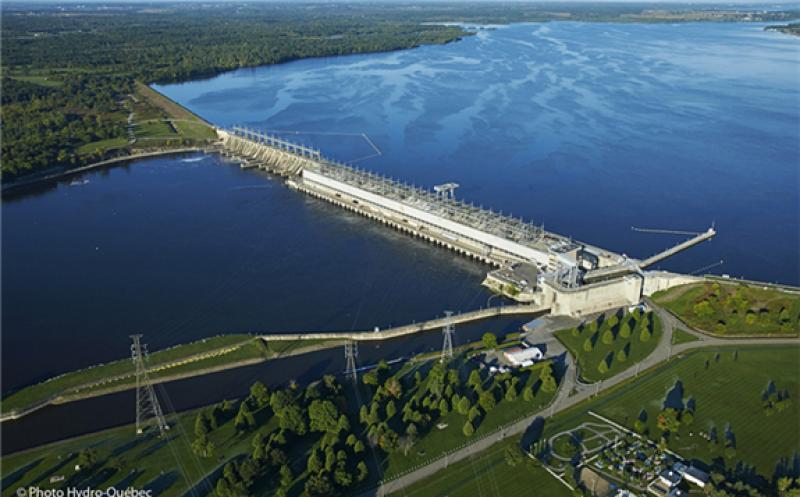 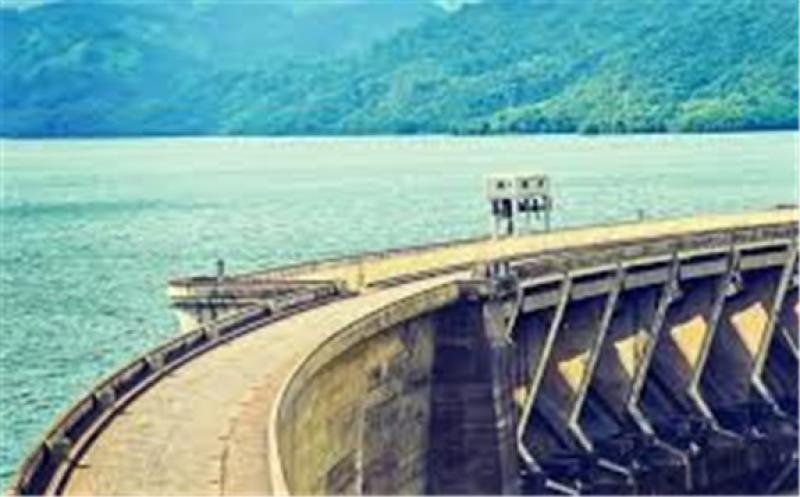