With a capacity of 420 MWp, the Nachtigal hydroelectric dam will come into service in July 2024 in Cameroon. This infrastructure has a 51.7% completion rate. 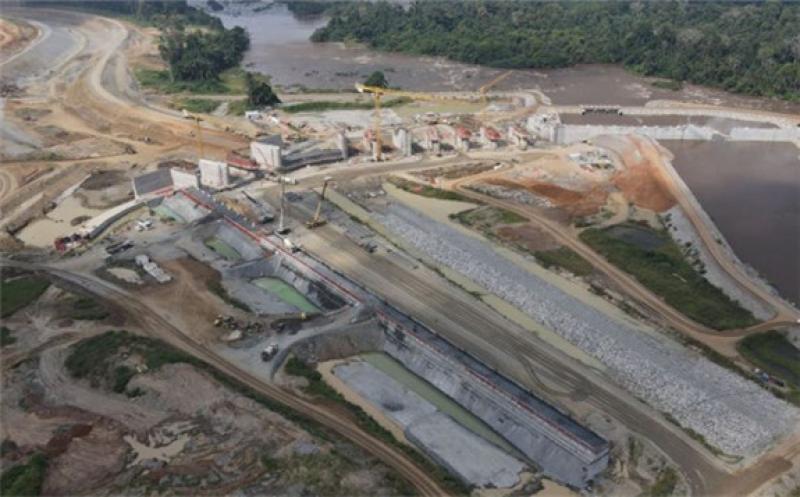 In Cameroon, the Nachtigal hydroelectric development project, on which work began in February 2019, will be operational in July 2024. Authorities in the Central African country have indicated that the first turbine is expected to be commissioned in July 2023 and the seventh and final turbine in July 2024.

The Nachtigal hydroelectric project is being carried by the Nachtigal Hydro Power Company (NHPC), a consortium made up of EDF (40%), the World Bank Group institution IFC (30%) and the State of Cameroon (30%).

According to NHPC, the dam has reached 51% of its overall progress rate with 52% on the civil engineering package, 48.2% on the electromechanical package, 99.8% on the transmission line package and 86.6% on the operating package.

This hydroelectric project involves the construction of a dam and a 420 MW hydroelectric plant corresponding to one third of the current electricity production capacity on the Sanaga River. The project, located 65 km north of the capital Yaoundé, also includes a 225 kV transmission line.

The covid-19 pandemic and a few employees strike that have been appeased by the government have contributed to the delay in the delivery of the largest power generation infrastructure in the country, originally scheduled for 2023.

The plant, which will produce more than 2,900 GWh per year, is expected to enable Cameroon to become an electricity exporter in the sub-region in the medium and long term. For 35 years, the energy produced by the plant will be sold to Eneo, the company in charge of electricity production and distribution.

The overall cost of the project is 1.2 billion euros. Nearly a quarter of the cost will be financed by the equity of NHPC’s shareholders in proportion to their stake in the project, and the rest by lenders, including AFD (90 million euros) and Proparco (60 million euros).