A batch of power projects have been completed and put into operation this year in the southern areas of northwest China's Xinjiang Uygur Autonomous Region, improving the power supply capacity and reliability, according to the State Grid's Xinjiang branch. 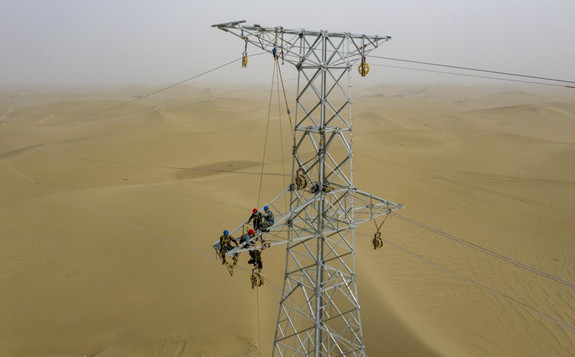 Thanks to the construction of the power grid, the power supply capacity from Xinjiang's main power grid to the prefectures of Kashgar, Kizilsu Kirghiz and Hotan has increased by 400,000 to 600,000 kilowatts this year, and the transmission capacity between Kashgar and Hotan has been increased from 650,000 kilowatts to 1.2 million kilowatts, said Mu Fenglei, director of the project management department of the company.

In recent years, Xinjiang has continuously increased the investment in and construction of a 750 kV power grid. The 750-kV backbone power grid has covered all prefectures in Xinjiang, ensuring power supply for the region's development.

Next year, the local government will continue to strengthen the construction of the 750 kV power grid in southern Xinjiang and plans to build the 750 kV grid around the Tarim Basin in the next five years.