It will strengthen the Spanish industrial leadership in renewable energies, with a view to generating stable, sustainable and quality employment 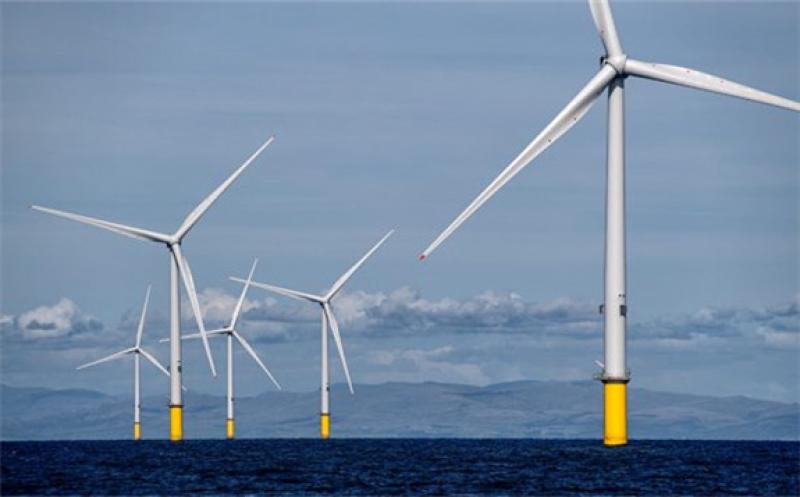 It sets a target of 3 GW of floating wind power in 2030, 40% of the European goal of having 7 GW installed of this renewable technology

The Council of Ministers, at the proposal of the Ministry for the Ecological Transition and the Demographic Challenge, has approved the Roadmap for the Development of Offshore Wind and Offshore Energy in Spain, a strategy to enhance Spanish leadership in development technological and R&D of the different clean sources that take advantage of marine natural resources, with special attention to wind power. It also guarantees the orderly deployment of the facilities in territorial waters, so that it is respectful with the environment, compatible with other uses and activities and is used to improve knowledge of the marine environment.

The Strategy contains 20 lines of action with the objective of reaching between 1 and 3 GW of floating offshore wind power in 2030 – up to 40% of the EU target for the end of the decade – and up to 60 MW of other energies of the sea ??in pre-commercial phase, such as waves or tides. Among other measures, at least 200 million euros will be enabled until 2023 and the needs of the port infrastructure will be evaluated, where 500 to 1,000 million must be invested to cover the new logistics needs.

Spain is a wind power, both in the manufacture of equipment – it has 90% of the value chain – and in the production of electricity – this year it is the first source of generation – but offshore wind has barely developed due to its high depth of territorial waters for projects with a fixed foundation, unviable from a depth of 50 meters.

However, Spain is the leader in floating solutions for wind turbines: of the 27 identified on a global scale, seven are Spanish. It is also the European partner with the most R&D facilities for floating wind power and other marine energies, such as the Canary Islands Ocean Platform (PLOCAN) and the Vizcaya Marine Energy Platform (BiMEP) or the Experimental Energy Harvesting Zone marinas of Punta Langosteira (A Coruña), the second test bed in the world for wave energy.

Based on this industrial and technological strength, the Roadmap pursues four main objectives with a view to 2030:

1.- To establish itself as a European R&D center of reference for the design, scaling and demonstration of new technologies, reinforcing the test platforms and offering the best and fastest environment to test new prototypes. To this end, at least 200 million public funds will be activated until 2023 for R&D within the framework of the Recovery, Transformation and Resilience Plan (PRTR).

2.- To be an international benchmark in industrial capacities, generating value chain and quality employment throughout the life cycle of technologies, optimizing logistics conditions and accompanying business initiative, always with a circular economy perspective. Synergies with sectors that are already leading in our country, such as naval, steel, or experience in onshore wind energy will be emphasized.

3.- Integrate sustainability as a central pillar of the development of renewable energies in the sea. In addition to an orderly deployment thanks to the Maritime Space Management Plans, now in public information, the deployment of these technologies will be used to incorporate marine environment monitoring systems, facilitating their conservation and improving knowledge of the interactions and conditions of the different activities.

4.- Deploy in an orderly manner the facilities, wind farms in particular, with a clear and predictable regulation, on three key elements: spatial arrangement, connection to the network and business model, which acquire special relevance due to the location of thewind farm plants in domain public, the large initial investment they require and their high electricity generation.

To facilitate the implementation of the Roadmap, in addition to the aforementioned 200 million for R&D, there are numerous financing programs, both European and national. Among the latter, the instruments managed by the Center for Industrial Technological Development (CDTI) and the Institute for Energy Diversification and Saving (IDAE) stand out, others being able to be incorporated, such as the issuance of green bonds.

The Roadmap takes advantage of the Sectorial Agenda for the Wind Industry, which is part of the Industrial Policy Strategy of Spain 2030 and is included in Component 7 of the PRTR, dedicated to the deployment and integration of renewable energies.