Renewable energy producer Neoen has taken less than a year to build and start operating its 300MW/450MWh Victorian Big Battery, one of the largest batteries in the world. 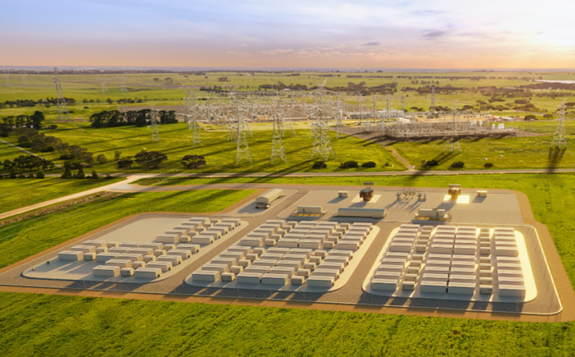 The battery storage facility is located next to Moorabool Terminal Station in Geelong, Victoria in Australia. It was delivered in collaboration with Tesla, deploying its Megapack technology, and network partner AusNet Services.

The Victorian Big Battery has a 250MW System Integrity Protection Scheme (SIPS) contract with the Australian Energy Market Operator (AEMO). Initiated by the Victorian Government, the scheme unlocks up to 250MW of additional peak capacity on the existing Victoria to New South Wales Interconnector (VNI) over the next decade of Australian summers.

Under the contract, the battery will provide an automatic instant response in the event of an unexpected network outage, providing AEMO with an additional means of ensuring grid stability. The battery will also participate in the National Electricity Market and support increased penetration of renewables in Victoria through network services such as fast frequency control.

The Victorian Big Battery will contribute to the modernisation of the Victorian electricity network and will be instrumental in helping the state reach its target of 50% renewables by 2030. Independent analysis predicts that for every one Australian dollar invested the battery will deliver 2.40 Australian dollars to benefits Victorian households and businesses.

The battery has also brought a significant economic boost to the Geelong region through the COVID-19 lockdown period, creating over 150 construction jobs and 6 full time permanent positions. Local suppliers have been contracted for multiple elements of the project and community initiatives will be supported through an annual Community Benefit Fund over the asset’s lifetime.

Neoen Australia Managing Director, Louis de Sambucy said they are proud to have delivered the largest battery in Australia in record time. “I would like to thank everyone who has worked tirelessly to make this happen. We are honoured to be contributing a project of this scale and innovation. With 2GW of projects in our pipeline in Victoria, we are committed to continuing to play our part in Victoria’s renewable energy transition.”

Lily D’Ambrosio of the Minister for Energy, Environment and Climate Change: “The Victorian Government is proud to flick the switch on Australia’s biggest battery which will help protect our network in summer, support our renewable revolution and slash energy prices. Neoen’s battery is a fantastic achievement as Victoria transitions to our legislated targets of 50% renewables by 2030 and net zero by 2050.”

Chairman and Chief Executive Officer at Neoen, Xavier Barbaro said the delivery of the battery represented a milestone in terms of innovation. “Our journey in storage began in Australia in 2015 and we now have over half a gigawatt of storage operating across three continents. We are convinced that large-scale battery storage is a vital element of the energy transition and we are proud of our leadership in this sector. We will continue to build on our experience to deliver world-leading solutions that help to shape and transform the grid of the future, for the benefit of industry and consumers across Australia and around the globe.”