India and Brazil are set to be wind power sector outperformers as these markets will probably double their wind power capacity over the coming decade, according to Fitch Solutions. 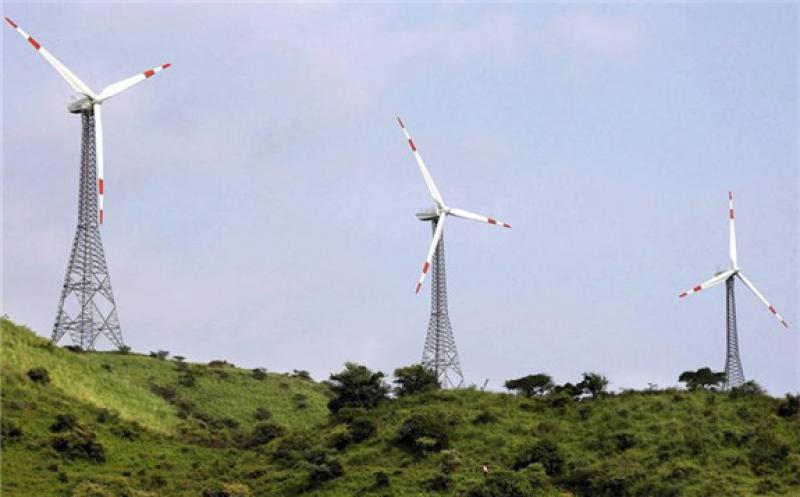 “Outperformers” are defined as those wind power markets that have a significant capacity base installed and will register substantial growth in capacity over the agency’s 10-year forecast period to 2030.

Vietnam is the market to watch as its capacity growth is set to increase by more than 400 per cent over the coming decade, the agency, which offers credit market data, analytical tools and risk services, said in a report. 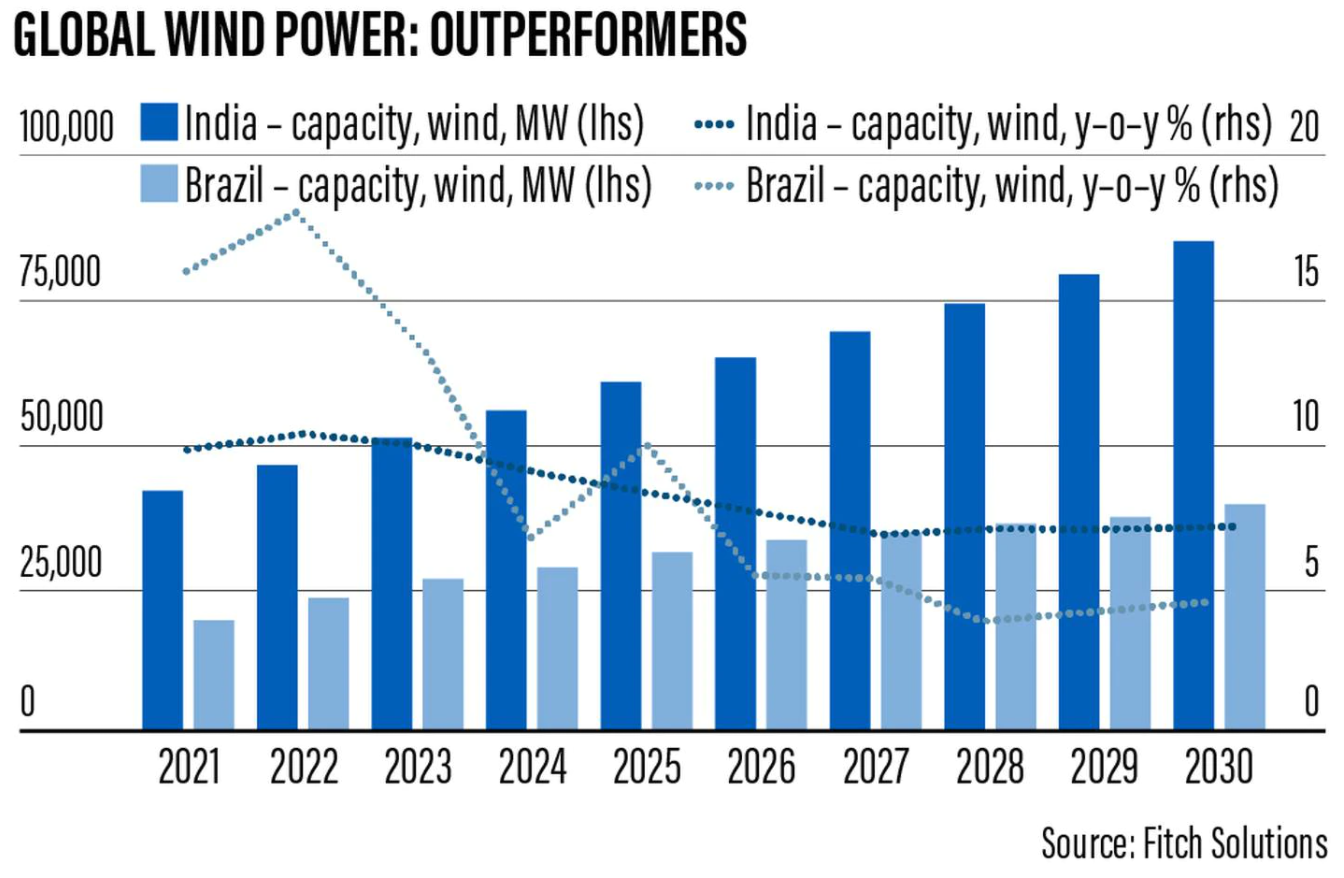 Non-hydropower-based renewables – which refers largely to wind and solar power – will account for 72 per cent of global capacity growth between 2020 and 2030, amid efforts to rapidly decarbonise the global power systems, according to a separate report by Fitch Solutions in August.

The share of non-hydropower renewables will reach 22 per cent in 2030 from 12 per cent this year. Coal, which dominates power generation, is expected to record a steep decline, falling to 29 per cent by 2030, from 35 per cent in 2021, the agency said in the August report.

India is set to double its wind capacity between 2021 and 2030, with more than 40GW in additions, Fitch said.

The Asian country’s target to become carbon neutral by 2070 posed an upside risk to the agency’s outlook for wind sector growth in the market. To meet these targets, the market will aim to increase its low-carbon power capacity to 500GW by 2030 and meet 50 per cent of its total energy requirements with low-carbon energy sources by 2030, Fitch Solutions said.

“We highlight that these pledges pose a mounting upside risk to our forecasted 43GW of wind capacity growth expected between 2021 and 2030,” the agency added.

However, the combination of several challenges in the country’s wind power sector will hit near-term growth momentum, including land availability hurdles, grid access bottlenecks, and concerns over the viability of low tender bids, the report said.

“We believe delays to the implementation of tendered projects and more muted interest in new auctions will present a substantial hurdle to fulfilling these envisioned expansion plans. However, should these development challenges be addressed, the scope for more capacity growth is significant given the sizeable upside risks,” the agency said.

Meanwhile, Brazil is forecast to add 20GW of new wind power capacity between 2021 and 2030, almost doubling installed wind capacity, according to Fitch.

“Brazil is a global wind outperformer, with 23.7GW of wind power capacity additions expected to begin operations between 2021 and 2030 – doubling the market’s installed wind capacity,” the agency said in the report.

“We now forecast growth in the segment of 17.1 per cent in 2021 to take capacity to 20.4GW, followed by average annual growth of 8.2 per cent from 2022 onwards to reach total capacity of 41.1GW in 2030. By the end of our forecast period, wind power will account for 18 per cent of Brazil’s total power generation mix.” 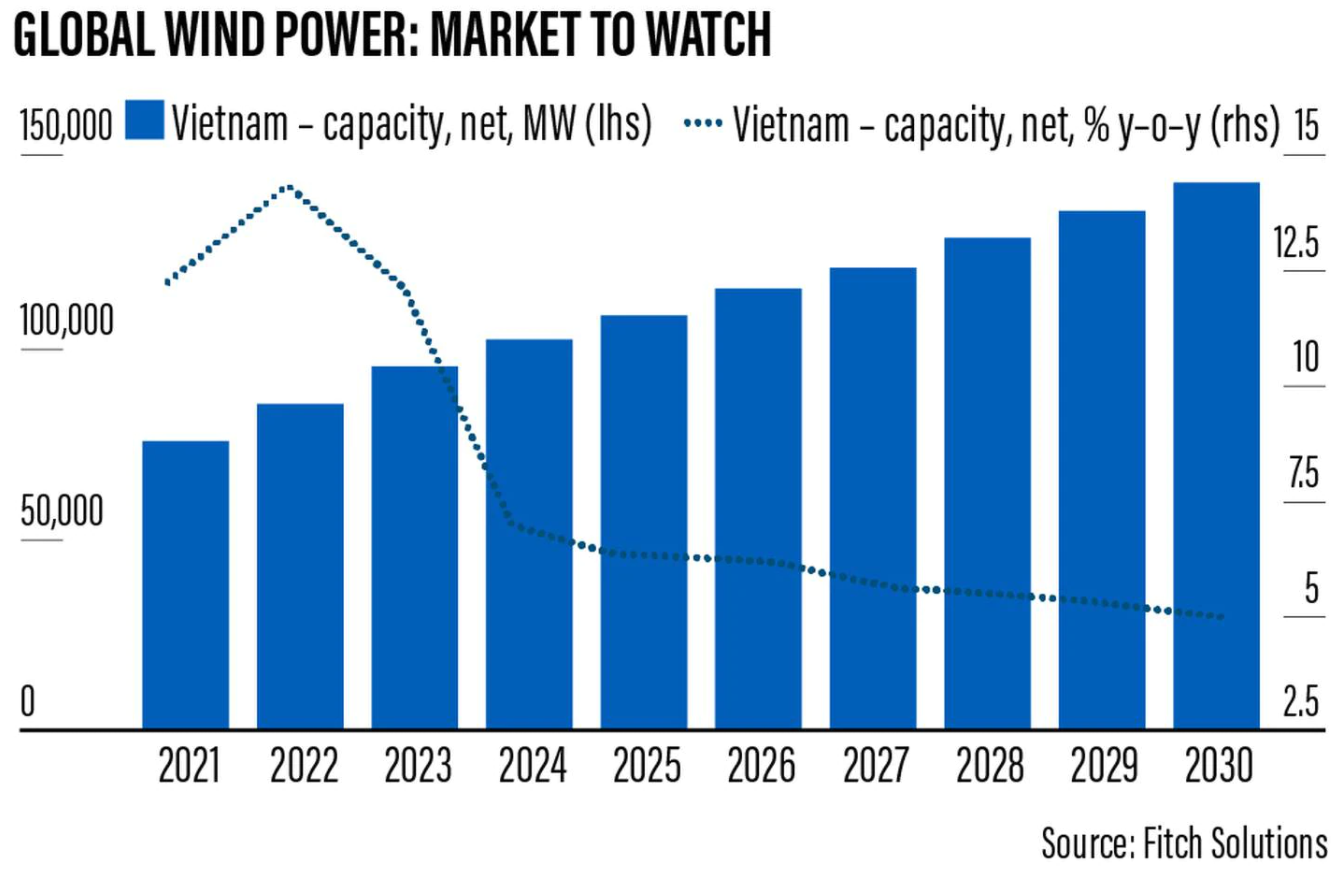 The agency cited Brazil’s large project pipeline and large capacity auctions, which have restarted following their suspension in 2020 amid the Covid-19 pandemic.

Fitch Solutions picked Vietnam as the market to watch this quarter owing to the extremely rapid wind power capacity growth forecast over the decade from both onshore and offshore segments.

The agency forecast that wind power capacity in Vietnam will increase from less than 3GW at the end of 2021 to just under 13GW by 2030.