MALAWI-MOZAMBIQUE: A Power Line will Interconnect the Two Countries

The authorities of Mozambique and Malawi are officially launching the construction of a power line to interconnect the two countries. The project, funded by several development partners, will allow Malawi to import electricity from Mozambique. 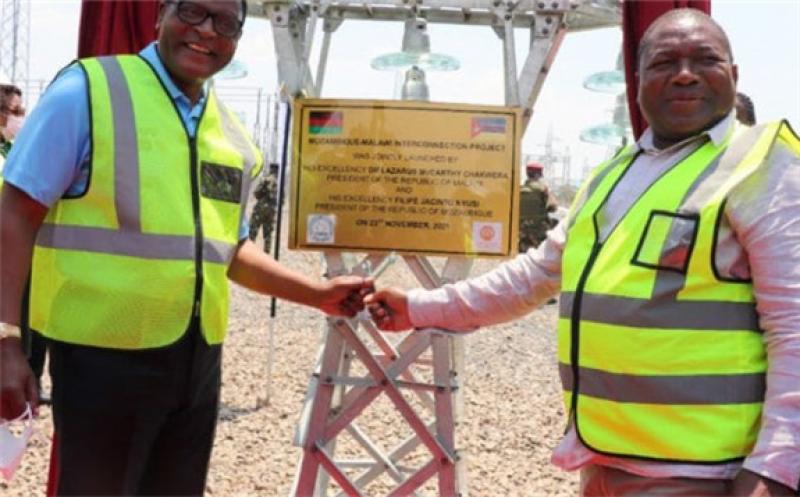 Malawi is stepping up efforts to meet the electricity needs of its people and economy. The East African country plans to import electricity from Mozambique. The governments of the two countries have been committed to such cooperation in energy matters since 2013 through the signing of an electricity interconnection agreement. This agreement has therefore recently led to the launch of the construction of a power line.

Work on the construction of the high-voltage line has started in Phombeya, in the Balaka district of Malawi. The line will be connected to Mozambique’s national power grid from a 400 kV substation in Matambo, Tete Province, Mozambique. The power line that will interconnect the two countries will then be 218 km long and will send 50 MW to Malawi.

The work is being financed through a $15 million loan from the International Development Association (IDA), a subsidiary of the World Bank Group. The European Union (EU) is also supporting the power interconnection project with a $20 million grant from Kreditanstalt für Wiederaufbau (KfW), the German development agency.

Malawian authorities estimate that electricity demand will reach 1,860 MW by 2030. The country’s current capacity is 532 MW from hydroelectric, solar and biomass power plants. On the Mozambican side, the Tete province where the transmission line will be connected is considered the potential “powerhouse” of the Southern African Power Pool (SAPP) because of its vast generation resources, especially hydro.

The SAPP is cooperation between national power companies in southern Africa under the aegis of the Southern African Development Community (SADC). SAPP members have created a common electricity grid between their countries and a common electricity market within SADC. The power line, which is expected to be completed in 2023, will allow its state-owned utility Electricity Supply Corporation of Malawi (ESCOM) to fully integrate into the regional power market, as Malawi is already a member of SAPP.

A second transmission line is expected to be built between Balaka in Malawi and Nacala in Mozambique. In addition to importing electricity, Malawi also wants to increase its own installed capacity by relying on renewable energy. A few weeks ago, the country inaugurated its first solar photovoltaic plant built by an independent power producer (IPP). The facility, which has a capacity of 60 MWp, is located in Salima, about 100 km from the city of Lilongwe.