Ontario Power Generation (OPG) is celebrating the 100th anniversary of its flagship Sir Adam Beck I Generating Station, with the 447MW station having first produced power toward the end of 1921 under its original name, the Queenston-Chippawa Hydroelectric Plant. 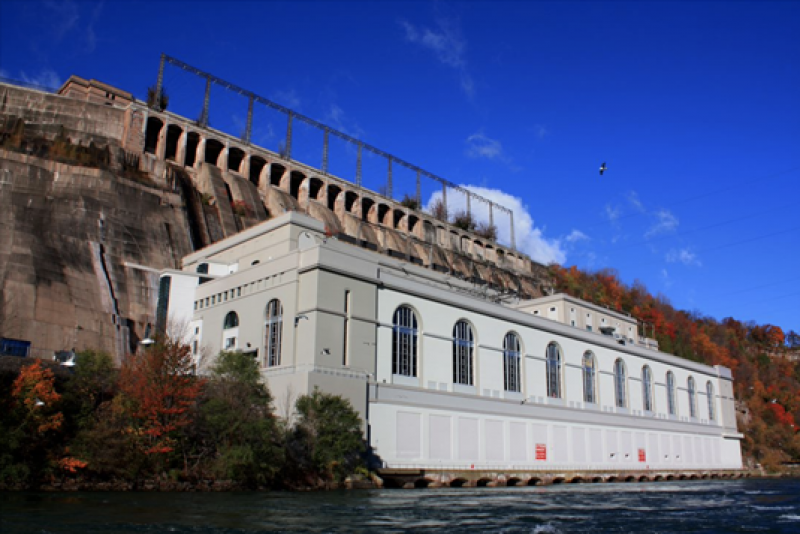 The 10-unit station serves as an icon of the beginnings of large-scale hydro development and the public power movement in Ontario, said OPG, becoming the first major publicly owned generating station in the province. The plant was renamed after the father of public power in Ontario Sir Adam Beck in 1950 on the 25th anniversary of his death.

“Sir Adam Beck I was the station that put Ontario and Canada on the map in terms of large hydroelectric generation,” said Nicolle Butcher, Senior Vice President of Renewable Generation and Power Marketing at OPG. “Just as it did when it went into service, the station continues to produce affordable, clean power for the entire province. And with our continuing investment into the station, this facility will reliably serve Ontario for decades to come, playing a vital role in achieving our net-zero emission goals. We are proud of this station’s important legacy.”

At the time it was built by Ontario Hydro, OPG’s predecessor, the 18-storey-high facility was the largest hydroelectric generating station in the world. Due to its sheer size and scope, the construction was an ambitious undertaking for the 10,000 or so workers who broke ground on the new plant in 1917. Almost immediately, workers faced immense challenges and obstacles, including the arrival of the Spanish Flu pandemic in 1918, one of the most virulent pandemics in global history.

More than a century later, Sir Adam Beck I GS and its dedicated employees are still powering Ontario’s economy and net-zero efforts as part of a larger complex of hydro operations, which includes the 1516MW Sir Adam Beck II GS and the 174MW Sir Adam Beck Pump GS.

The entire generating complex produces about 12,300 gigawatt-hours of energy each year – about 40 per cent of OPG’s hydroelectric production, or about nine per cent of Ontario’s energy needs.

Over the years, most of the station’s original units have been replaced with modern, more efficient generators. Currently, two of the last remaining historic units are undergoing replacement. The G1 and G2 turbine-generators, which operated under the older 25 Hz frequency and were decommissioned in 2009, are being swapped out for two modern 60 Hz units. When the project wraps up in 2022, these new units will add about 125 MW of incremental generating capacity to the plant, ensuring decades of affordable, clean power.