POSCO Chemical Co., a unit of South Korea's steel giant POSCO, said Monday it has signed a deal with a Norwegian electric vehicle (EV) battery maker on development and supply of key EV battery components in a bid to tap deeper into the European market. 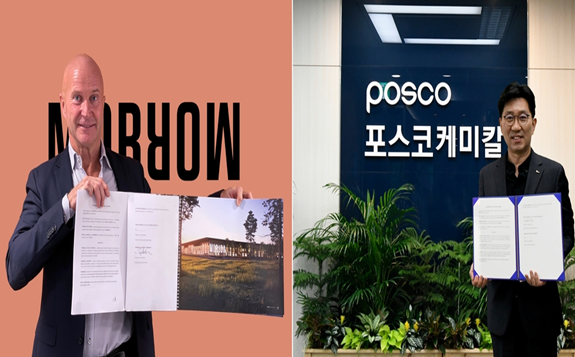 Under the contract with the Oslo-based Morrow Batteries, POSCO Chemical will develop and supply cathode and anode materials for the products that Morrow Batteries will be mass-producing from 2024, the South Korean company said in a press release.

As for the EVs, it will have an annual production capacity of 42 gigawatt hours, enough to supply some 700,000 EVs.

POSCO Chemical has been ramping up partnerships with foreign battery makers in Europe, the U.S. and China on the development and supply of cathode and anode materials. In August, POSCO Chemical announced a US$241 million investment to expand a plant run by joint ventures with Huayou Cobalt, China's largest cobalt producer.