Could the era of cheap oil supply be gone for good? That’s the conclusion of some of the biggest commodities desks on Wall Street, where banks have been lifting their long-term price forecasts, often by $10 or more. 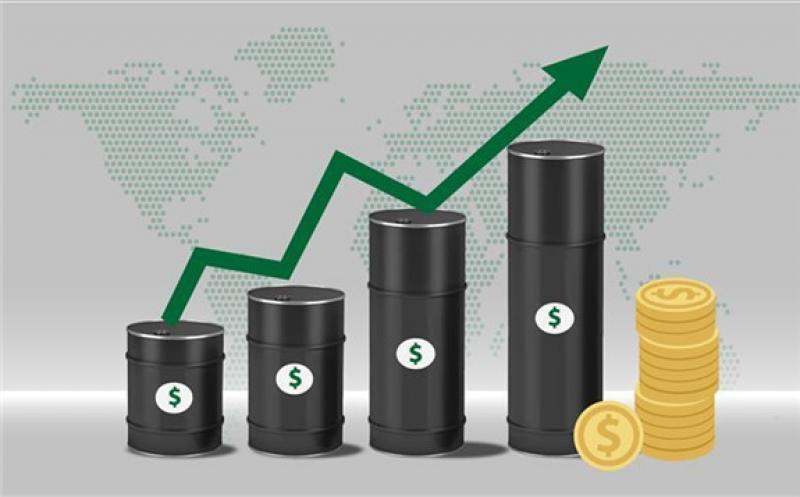 While the U.S. shale boom brought about a “lower-for-longer” mantra, the market is now fixated on climate change and the dwindling appetite to invest in fossil fuels. Instead of growing supply, companies are under pressure to limit their spending, causing a structural under-investment in new production that -- the argument goes -- will keep oil prices higher for longer.

“My advice to clients is that you want to stay long oil until you know where that equilibrium price is” that brings new supplies online, said Jeff Currie, head of commodities research at Goldman Sachs Group Inc. “We know it’s above these levels because we haven’t had a big uptick in capex and investment.”

The notion of a supply gap is nothing new. Since prices crashed in 2014, analysts have talked up the potential for demand to outstrip production as a result of underinvestment. But the rout in energy prices from Covid-19, combined with pressing environmental concerns, offer reason to think this time is different.

The number of oil and gas drilling rigs globally may have recovered from the lows of when oil prices turned negative last year, but they are still down more than 30% on the start of 2020. Current figures are about as low as they were in 2016, according to Baker Hughes Co., despite headline crude prices being near a seven-year high.

Among the banks seeing higher prices for longer, Goldman says $85 for 2023. Morgan Stanley bumped what it calls its long-term forecast up by $10 to $70 this week, while BNP Paribas sees crude at almost $80 in 2023. Other banks including RBC Capital Markets have talked up the prospect of oil being at the start of a structural bull run.

There’s an ever-dwindling appetite to lend on the part of investors too. In the last week alone, the largest French banks said they would curb the financing of the shale oil and gas industry from early next year. Ecuador recently had to double the amount of banks that could provide it with credit guarantees as financial institutions shunned crude harvested from the Amazon.

Not everyone supports the idea that prices can be stay at elevated levels. Citigroup Inc. said in a report this month that crude below $30 and above $60 looks unsustainable in the long-term. A prolonged price above $50 could add 7 million barrels a day of extra supply, the bank’s analysts including Ed Morse wrote in a note.

“Mid-term, cost indicators keep pointing to a fair-value range between $40-$55 a barrel,” they said.

But others see a tide that’s turning, especially given changes in the U.S., which has effectively become a swing producer in recent years.

On one front, publicly listed U.S. shale companies remain constrained in growing production. When EOG Resources Inc. said in February that it planned to grow output its shares fell the most of any company on the S&P 500. There have been few, if any, similar comments from producers since.

Alongside that, the impact of field declines is growing clearer. In November, the Permian Basin was the only onshore U.S. field to show meaningful year-on-year production growth. All others were either flat or down, according to an Energy Information Administration report.

Similarly, while some of the key OPEC+ producers find themselves with spare capacity that they can dip into next year, others including Nigeria and Angola are already showing signs of struggling to lift production further.

“People have become very comfortable with the idea that shale will be there and we’re not resource constrained,” said David Martin, head of commodities desk strategy at BNP Paribas. “That’s a question mark in my mind.”

And in a world spending less money on fossil fuels, questions then turn to demand, which doesn’t look like peaking any time soon.

The International Energy Agency said earlier this month that spending on fossil fuels is lower than needed if current demand growth continues. It only sees oil demand starting to decline in the 2030s under current policies. However, Morgan Stanley estimates that supply could stop expanding by 2025, leaving a sizable gap.

“We are running at net-zero type capex levels, whilst at the same time demand is not following the net-zero trajectory,” said Martijn Rats, an oil strategist at the bank. “Demand will be above 100 million barrels a day for the rest of the 2020s, but on the supply side we’re not going to produce that with current investment levels.”