A project to demonstrate the production of clean hydrogen energy from nuclear power at the Palo Verde nuclear power plant in Arizona is to receive USD20 million in federal funding as part of US Department of Energy (DOE) efforts to reduce the cost of clean hydrogen to USD1 per kilogram. The announcement comes as DOE marks Hydrogen and Fuel Cell Day. 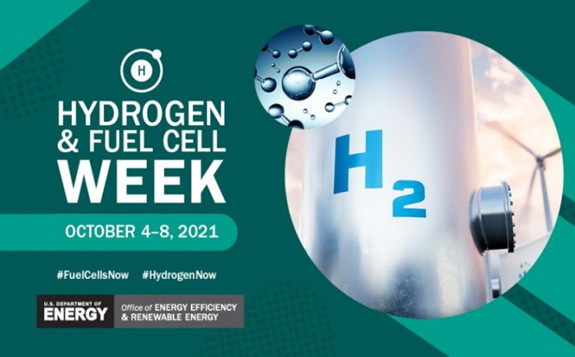 The Arizona project, which is led by PNW Hydrogen LLC, will progress DOE's [email protected] multi-sector clean hydrogen initiative and help it to reach its Hydrogen Shot goal to reduce the cost of clean hydrogen by 80% to USD1 per kilogram within a decade, the department said yesterday. Hydrogen Shot is the first of the DOE's Energy Earthshots initiative, launched in June this year.

"Developing and deploying clean hydrogen can be a crucial part of the path to achieving a net-zero carbon future and combatting climate change," Deputy Secretary of Energy David Turk said. "Using nuclear power to create hydrogen energy is an illustration of DOE's commitment to funding a full range of innovative pathways to create affordable, clean hydrogen, to meet DOE's Hydrogen Shot goal, and to advance our transition to a carbon-free future."

PNW Hydrogen will be the primary recipient of the award, which is made up of USD12 million from the DOE Hydrogen and Fuel Cell Technologies Office (HFTO) and USD8 million from the Office of Nuclear Energy. The project will involve producing hydrogen at Palo Verde. Six tonnes of this will be stored and used to produce about 200 MWh of electricity during times of high demand, and may be also used to make chemicals and other fuels. This will provide insights into integrating nuclear energy with hydrogen production technologies and inform future clean hydrogen deployments at scale, DOE said.

Palo Verde is a three-unit pressurised water reactor plant, operated by Arizona Public Service and located near Phoenix. The plant was selected in 2019 to partner with INL in a project to investigate the potential use of hydrogen generated in the nuclear plant as energy storage.

According to the HFTO, Hydrogen and Fuel Cell Day - 8 October - "marks a symbolic opportunity every year to celebrate hydrogen and to talk about the role it can play as we transition to a cleaner and more equitable energy future."

The HFTO coordinates hydrogen activities across DOE including the Hydrogen Shot.