South Korea will host a hydrogen mobility show this week to showcase the latest technologies in fuel cell electric vehicles (FCEVs) and trams, and discuss major trends in the hydrogen economy, its organizer said Sunday. 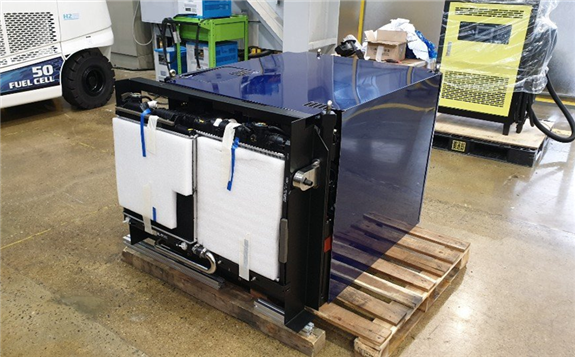 H2 Mobility+Energy Show will take place at an exhibition center in Goyang, just north of Seoul, from Sept. 8-11, with more than 150 companies and research institutions from 12 countries, according to the Korea Automobile Manufacturers Association.

Hydrogen has emerged as an alternative to fossil fuels as it can offer solutions in fields ranging from transport to energy storage and is an important pillar of the government's plan to go carbon neutral by 2050 and develop renewable energy industries.

Major Korean conglomerates, including Hyundai Motor Group, SK, POSCO, Hanwha and Hyosung, have vowed to invest over 43 trillion won (US$37.1 billion) by 2030 to establish comprehensive hydrogen value chain and get closer to their zero-emission goals.

FCEVs run on pressurized hydrogen and create electricity by chemically fusing it with oxygen in a fuel stack.

POSCO Group's affiliates will also participate in this year's event and share its hydrogen blueprint.

To support the private sector's initiative, the government has announced plans to expand subsidies for hydrogen-fueled vehicles, ease regulations on charging stations and expand related infrastructure.