The first generator for the Kafue Gorge Lower Hydropower Station, an infrastructure project in Zambia which was built by Chinese companies, has been put into operation recently. 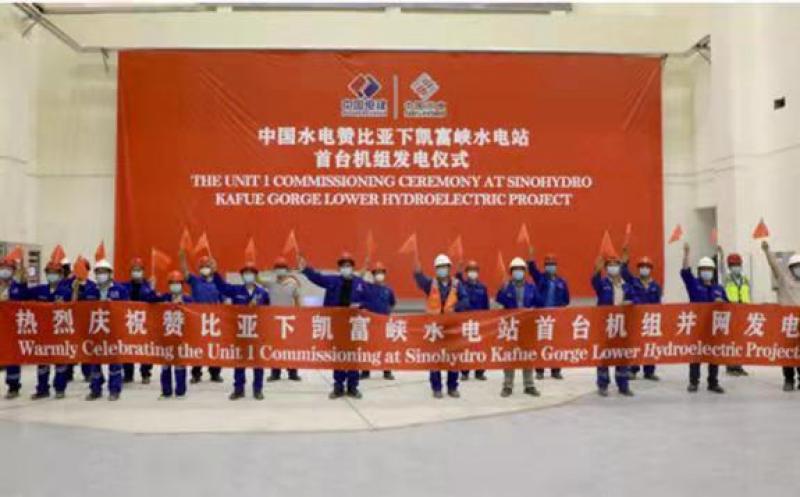 As the largest single building infrastructure project and the largest hydropower station in Zambia, it has created new and favorable conditions for the country's economic and social development and the improvement of local people's livelihoods, People's Daily reported.

Zambia has been tackling power shortages for a long time. Only about 25 percent of the urban population and 3 percent of the rural population have a stable electricity supply. Meanwhile, people in the country have been hoping to transform Zambia's abundant water into a source of power.

As the first large hydropower station invested by Zambia over the past the 40 years, the height of the Kafue Gorge Lower Hydropower Station is 130.5 meters, with total concrete pouring of 1.3 million cubic meters.

The project created tens of thousands of jobs during the construction period. In addition, Sinohydro also trained more than 300 local people as technicians, which have become the backbone of this project as well as other engineering construction projects in Zambia.

The Chinese companies have completed important and great engineering, Zambian President Edgar Lungu said, adding the successful power generation of the Kafue Gorge Lower Hydropower Station is a turning point for Zambia to become a net exporter of power in the Southern African Development Community (SADC).

Chinese Ambassador to Zambia Li Jie also hoped constructors from the two countries can focus on production and the COVID-19 prevention at the same time, and promote the handover of the project, to make the project a model for China-Zambia pragmatic cooperation.