Vistra Moving Zimmer Coal-Fired Plant Closure up to May 2022

Vistra will accelerate its move away from coal-fired power by closing its Zimmer Power Plant in Ohio five years earlier than originally planned. 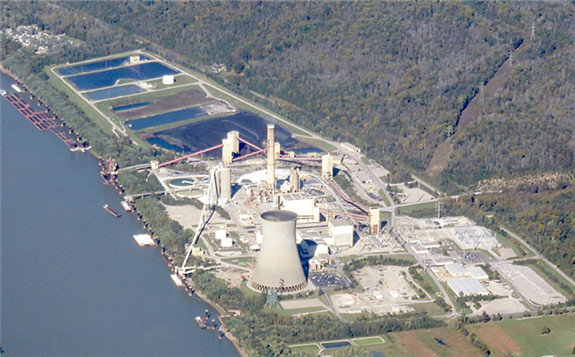 The Texas-based utility owner was going to close the Moscow, Ohio facility no later than 2027 based mainly on environmental regulations. Zimmer’s failure to secure any capacity revenues in the latest PJM auction led to the early retirement decision.

“The Zimmer coal-fueled power plant has recently struggled economically due to its configuration, costs, and performance. The PJM capacity revenues are critical to Zimmer, and unfortunately, without them, the plant simply doesn’t make money,” said Vistra CEO Curt Morgan. “This decision did not come easy. Our people work hard every single day to provide power to Ohioans and have done a number of things over the past few years to sustain the life of the plant and improve its economics. But despite their best efforts, the disappointing auction results, along with other challenging factors, make continued economic operation impossible. We’re left with a difficult but necessary decision of retiring the plant.”

May’s PJM capacity auction for 2022-23 cleared much lower than expected – nearly 50% lower than the 2021-22 auction in the zone where Zimmer is located. Due to this lower clearing price, Zimmer was unable to sell any generating capacity in the auction. In addition, indications suggest future PJM capacity auctions have the potential to experience low clearing price results, as well, resulting in a multimillion-dollar loss in expected future capacity revenues compared to previous years.

Vistra plans to retire the site on May 31, 2022. As it is doing at its plant sites across the country, the company will evaluate the Zimmer site for potential investments in renewables or grid-scale battery storage, utilizing existing infrastructure.

Construction on the Zimmer Power Plant began under different owners in the late 1970s with the intention to build a nuclear energy facility. Project issues, however, forced planners to convert it to coal-fired generation and completed it in the late 1980s, according to reports.

Dynegy acquired the plant in 2017 and itself was later merged into Vistra.