Sudan on Monday reiterated its rejection of Ethiopia’s completion of the second filling of the Grand Ethiopian Renaissance Dam (GERD). 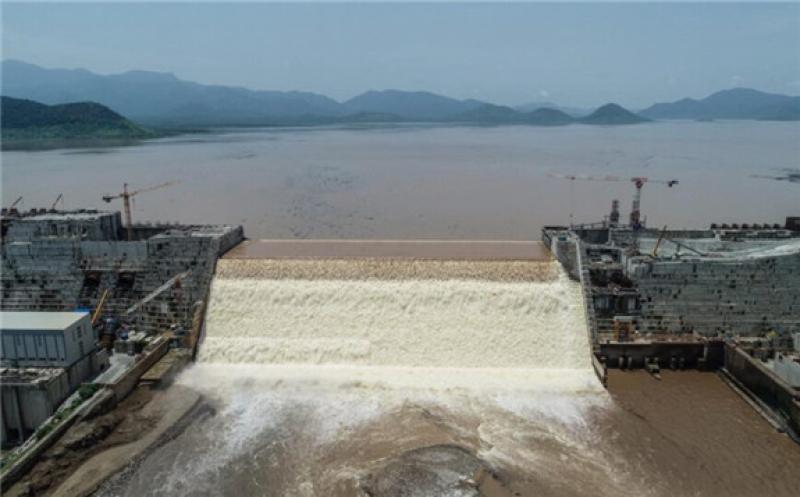 The Grand Ethiopian Renaissance Dam (GERD) is a 6,450 MW hydropower project nearing completion on the Blue Nile in Ethiopia, located about 30 km upstream of the border with Sudan. It will be the largest hydropower project in Africa.

“The Ministry of Irrigation and Water Resources renews Sudan’s firm position in rejecting neighboring Ethiopia’s unilateral measures, its fait accompli policies and ignoring of the legitimate interests and serious concerns of its partners in the river,” said the Sudanese ministry in a statement.

“The best alternative to this Ethiopian approach, which will only lead to harming the distinguished and historical ties between the two brotherly countries and peoples, is to continue to negotiate in good faith to reach a binding and comprehensive legal agreement that preserves the interests of all parties and addresses their concerns,” the statement noted.

The ministry further expressed belief that reaching the desired agreement is very necessary and possible, if there is political will.

Earlier, according to official Ethiopian media, the Ethiopian government announced that it has achieved its goal in the second filling of the GERD, saying it was planning to start electricity production from the dam within months.

Sudan, Egypt and Ethiopia have been in talks for years, under the African Union, over the technical and legal issues related to the filling and operation of the GERD.

Sudan proposed a mediation quartet of the United Nations, the European Union, the United States and the African Union regarding the GERD issue. Ethiopia, however, has rejected this proposal.

Ethiopia, which started building the GERD in 2011, expects to produce more than 6,000 megawatts of electricity from the dam project, while Egypt and Sudan, downstream Nile Basin countries that rely on the river for its freshwater, are concerned that the dam might affect their share of the water resources.